Pirate Bay, Torrentz, and IsoHunt on the chopping block as court orders piracy sites to be censored.

The Federal Court has ordered several piracy websites, some defunct, to be blocked in a landmark judgment.

The two cases resulting in a joint decision handed down on Thursday were brought to the courts by Foxtel and Village Roadshow against several torrent and streaming websites, including Pirate Bay, Torrentz and IsoHunt earlier this year.

Much of the debate during the case was around how exactly the sites should be blocked, whether through URL blocking, DNS blocking or IP blocking.

Importantly, as this is the first judgment of its kind, Nicholas left that decision up to the telecommunications companies, meaning they can set up their own systems to block how they see fit.

When a person tries to access a website that has been blocked, they’ll be redirected to a landing page set up either by Roadshow or Foxtel, or by the telecommunications companies themselves. It’s unclear what the page would have on it, but it has been suggested that a page directing users to where to purchase content legitimately would be the most likely option.

The owners of the websites also have the option to appeal the block, but the decision was made by the court after carefully examining each of the websites and determining them to be predominantly for the purposes of infringing copyright.

The blocks will last for three years. If the sites are still up, then the rights holders can then apply to keep the block going within six months of the term expiring for another three-year extension.

Part of the problem with the first case is that Pirate Bay was taken offline by law enforcement during the course of the case. The court has ordered that sites that do not exist anymore will not be blocked. The mirrors that still exist will, however, be blocked.

The mirrors were the cause of much consternation for rights holders during the case. They had argued that there should be a “rolling injunction” so when sites that are blocked resurface under a new URL, they should be automatically blocked by ISPs. If new sites pop up, however, the judge ruled that the matter must return to court.

Rights holders will pay for the ISPs to block websites. Roadshow will be charged $50 per domain per ISP, equating to $200 in total for its case. Foxtel will pay $2750 for its 55 domains it sought to be blocked, plus an additional $1500 it had separately agreed to pay Optus.

There will likely be more costs, with Nicholas to hear later about the incurred costs for the cases on the ISPs and the costs to set up the systems to block the websites in the first place — although many already have the capability via the Interpol block list.

The judgments are the first tests of legislation passed in 2015 in a bid to crack down on piracy in Australia. A Department of Communications study last month found that the arrival of Netflix was having a big impact on piracy levels in Australia even without ISPs being forced to block access to piracy websites.

Roadshow co-CEO Graham Burke said at a forum in 2014 that the company had made a huge mistake in delaying the release of the Lego Movie in Australia to coincide with Australian school holidays, estimating it cost the company millions as users turned to piracy. The company made the same mistake again, with the next Lego movie, Lego Batman, being released almost two months after its US launch again to coincide with school holidays.

Roadshow is a big donor to the Coalition. Last year the party donated $176,000 to the Liberal and LNP. The company has donated close to $5 million to the two major parties since 1998. Treasurer Scott Morrison and Communications Minister Mitch Fifield joined Roadshow executives in Queensland yesterday to announce the new Aquaman film would be shot on the Gold Coast with help of the Australian government to the tune of a $22 million tax offset. When the state Labor government attempted to take credit for the announcement, Morrison said yesterday that the Australian government was paying for it. 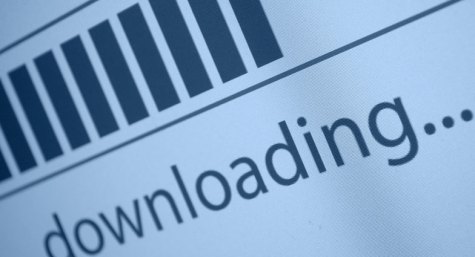 Batten down the hatches, it’s a pirate battle 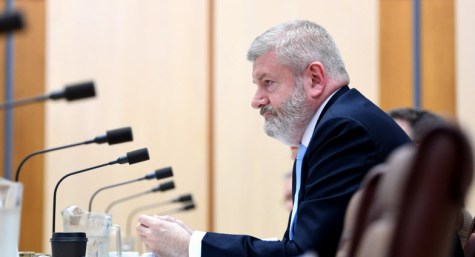 IA responds to “pointless” site-blocking move
Internet Australia, the NFP peak body representing Internet users, has described the decision to force a limited number of ISP’s to block The Pirate Bay and other websites facilitating so-called Internet ‘piracy’ as pointless.
IA, which includes a number of ISPs among its members, has long campaigned against Internet site-blocking.
CEO Laurie Patton pointed out that The Pirate Bay is one of the world’s biggest sites allowing Internet users to unlawfully download copyrighted material. “Despite concerted efforts by many countries to stop them they still exist. Why should we think site-blocking will work here when it has failed everywhere else?”
“It looks to us more like a publicity stunt. It only affects a handful of the hundreds of ISPs and there are plenty of ways to get around it”.
“International experience has shown site-blocking is more effective as a PR stunt than a realistic solution. You close them down and they reappear in no time on another site and/or with another name – it’s called ‘whack-a-mole’. What’s more, anyone with a modicum of technical knowledge can always find a way to access what they want, lawfully or unlawfully,” Mr Patton added.
IA believes that the best way to reduce unlawful downloading is to make content available and easily accessible at reasonable prices comparable with similar markets overseas. This view is supported by our Prime Minister Malcolm Turnbull who said in 2015 that, “Rights holders’ most powerful tool to combat online copyright infringement is making content accessible, timely, and affordable to consumers”.
“It would be in the best interests of content creators if we all accepted that the main reason why most people unlawfully download is that they can’t get what they want through legitimate channels,” argued Mr Patton. “There is ample research evidence that people are willing to pay if they can get the content they’re after. Some surveys have shown that the people who ‘pirate’ are also among the most active legal downloaders”.
In Australia a number of reports have noted a decline in ‘piracy’ since Netflix and other streaming services came online.

What remarkable lunacy from the Federal court.
Talk about bringing the law into disrepute.
Then again, perhaps this Govt is hoping for more generous donations from the booming VPN sector.

Pirates without VPNs. An oxymoron.

The reform is Very Pertinent News.

what I understand its going to be a DNS block so just use googles public DNS 8.8.8.8 or 8.8.4.4 or one of the many other open dns options and you can always get a VPN like PureVPN or Ivacy. but im sure that we can still access torrent so easily