Crikey founder Stephen Mayne will be developing a list of “100 men who should retire” for Crikey in 2017. Here are six opening contributions of chaps who should cede power from key roles they’ve held for far too long.

World’s longest-serving public company CEO, having run News Corp continuously since January 1953. He was looking all of his 85 years at the recent News Corp and 21st Century Fox AGMs in Los Angeles and has struggled to adapt to the fast-changing media environment, particularly with the denialist approach to the end of newspapers. With appalling corporate governance, dubious media ethics and reliance on a gerrymander to stay in control, the Sun King would do everyone a favour by simply retiring as executive chairman of News Corp and 21st Century Fox and enjoying a quiet life.

Has been president of Collingwood Football Club since 1999, when the next longest serving AFL president is Rod Chapman, who has led the Adelaide Crows since December 2008 and been on the board since December 2006. Eddie has just completed his worst three years as president, with Collingwood finishing 11th, 12th and 12th since he was last re-elected in 2013-14. Now he’s told the Herald Sun he wants another full three years from Collingwood members at the February AGM. They should say no.

Chairs of ASX 100 companies rarely attract big protest votes because shareholders and proxy advisers are very conservative on the question of removing a leader. They don’t want the responsibility of finding a replacement. So the 17.5% against vote when Johanson sought another three-year term as chairman of Bendigo and Adelaide Bank this year was most unusual. Even sometimes-controversial, non-independent executive chairs such as Rupert Murdoch, Frank Lowy, Gerry Harvey, John Gay, Solomon Lew, Jim Babcock, Terry Peabody and Chris Morris never attracted such a large protest vote. It just goes to show that after 28 years on the board and nine as chairman, shareholders believe it is time for the 65-year-old investment banker to retire. They are right.

The 76-year-old chairman of Goodman Group is an unusual example of Australia’s directors’ club at work. There are quite a few company founders or major shareholders who hang around into their 70s or 80s. Look no further than Rupert Murdoch, Frank Lowy, Solomon Lew, Gerry Harvey, Kerry Stokes and Alan Wilson at Reece. Billionaires with big voting blocs can do this and shareholders understand that when they buy the stock.

Ian Ferrier is a completely different story at Goodman Group, one of the world’s biggest industrial property owners and managers. Ferrier joined the Goodman board in 2003 and has been chairman since 2008. He seems very supportive of long-time CEO Greg Goodman, who scored an $18 million bonus last year, which, in turn, triggered a remuneration report protest vote of almost 40%. Ferrier is the oldest “independent chairman” of any ASX 100 company. Former Westfield finance director Stephen Johns joined the Goodman board this week and would be perfectly suited to succeed Ferrier as chair. Preferably before his latest term expires in November 2017.

Business commentary in Australia has been a very clubby, male-dominated affair for many decades, especially in Melbourne. The likes of McCrann, Alan Kohler, Robert Gottliebsen and Stephen Bartholomeusz have collectively notched up almost 150 years of writing regular columns. McCrann is now into his 70s and has become increasingly unhinged in his dotage, ranting about climate change on a weekly basis rather calling the business play like he did in his prime during the 1980s. If fellow News Corp veteran columnist Bryan Frith managed to retire a few years back, why not McCrann as well?

The father of the House of Representatives has represented the people of Menzies since replacing Neil Brown in a 1991 byelection. He served as a minister for both the Howard and Abbott governments but the highly conservative Catholic is destined never to be a minister again. Andrews would secure a pay rise by triggering his circa $300,000 annual pension but seems determined to stick around, even running three hostile challenges for positions within the Menzies branch at the AGM on Tuesday night, as Crikey reported on Wednesday. These comprehensive defeats suggested very strongly that Andrews will lose preselection to local barrister Keith Wolohan in 2017-18 and be out the door at the 2019 election. I tried and failed to oust him at the most recent federal election. Rather than “doing a Bronwyn Bishop” and going out angry, bitter and defeated, why not just announce the retirement now and then stand back and let the local preselectors choose a successor? Alas, Kevin appears determined to be replaced by someone who meets his key requirement for a successor, namely a male Catholic who opposes abortion. Perhaps he should instead join the DLP.

*Any other suggestions for our “men who should retire” list? Let us know. 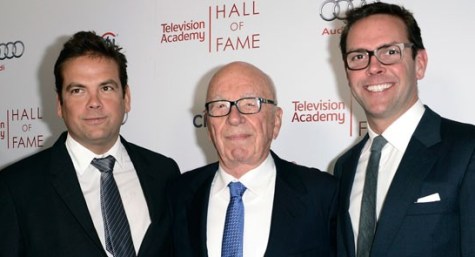 Rerrperrt Merrderrch is not Australian, anymore. He gave that up a long time ago. Perhaps replace him with Tony Abbott?