Pictures of the Sunrise host won't make anyone rich -- but they are a reliable, steady earner for Sydney's paparazzi.

When the Daily Mail published a photo of Sunrise host Sam Armytage with a visible panty line (“giant granny panties”, said the Mail, though entertainment reporter Peter Ford said Armytage had told him it was swimwear), a world of outrage was unleashed upon the British website.

“Nasty trash,” said the University of Melbourne’s Meg Simons. A “despicable display of misogyny dressed up as celebrity news,” wrote Clementine Ford. Armytage herself declined offers to respond as the matter was “with the lawyers”.

Crikey has spoken to numerous paparazzi whose photography has helped keep Armytage in such hot demand. Opinions differ about the coverage. But all agreed that for the Daily Mail, it couldn’t have gone better.

Paparazzo Jonathan Marshall, who counts the Daily Mail as one of his biggest clients, said the Mail would have been thrilled. “The reason they keep publishing that kind of thing is because people keep on clicking it. The Daily Mail isn’t there to be the moral compass of journalism — they’re there to get clicks.” Almost two days after it was first published, the story is still on the Daily Mail’s ever-updated front page.

“Sam Armytage is, for digital media, clickbait at its best,” Marshall said. For that reason, shots of her are reliable sellers. Not that they would make anyone rich. They command less than photos of people like model Jesinta Franklin and her footballer partner Buddy Franklin as money-makers, and are less sought-after than photos of people like the latest Bachelor stars. But Armytage is a more lucrative way for paps to spend their time in Australia than on chasing the latest visiting Hollywood celebrity. Everyone goes after the latter, so it can be hard to guarantee exclusivity.

The two photos of Armytage in a sundress that sparked the Daily Mail’s story would have sold for a few hundred dollars. The photographer who took them, Crikey is told, didn’t think up the treatment they were given — that was done in the Daily Mail’s newsroom. Though most who photograph Armytage know that photos of her rear will sell.

“For some reason, and it’s not for me to determine why, there is an interest in her physique,” said Marshall. “When we look at our sales reports, it’s her backside. It’s kind of industry practice, I’m embarrassed to say in Sydney. Buyers quite like in that set of photos for there to be one taken from behind. You only have to look at those stories written about Sam Armytage — her going shopping, walking to an airport, there’s always a photo taken from behind.”

Marshall takes a pretty relaxed attitude to this. He says he can understand breakfast TV hosts like Armytage and Channel Nine’s Karl Stefanovic, another popular target for paps, being unhappy about their coverage. But, he argues, it goes with the territory.

“Sunrise and the Today show [on Channel Nine] — both of the breakfast shows whose personalities are pretty heavily targeted by us — are big clients of ours,” he said. “We are constantly selling paparazzi-style videos to all the major TV networks. And who’s the person sitting there introducing these items? Why, it’s Sam Armytage!”

Matrix Media Group’s Ben McDonald, another pap, says it’s very popular for celebrities to band together to complain about this kind of coverage (Channel Nine’s Lisa Wilkinson tweeted in support of Armytage), but rather hypocritical of them to do so.

“Sam knows how it works. She’s working for a network that owns a division of magazines,” McDonald told Crikey, referring to Seven’s Pacific Magazines, which owns a number of gossip titles. “The people who pay my bills — for the pictures — are the same people who pay her!”

He views the reaction to the photos as rather immature. “Are we starting to understand the nature of entertainment journalism? We’re not. It’s all just outrage.

“I’ve never seen a tabloid mag saying they’re a bastion of quality journalism. They’re almost fiction.” And anyway, he adds, the market is women. “It’s your mums and sisters sitting there reading it — and they love it. Enjoy the pictures, people — forget about the words.”

At some stage, McDonald says, commercial TV hosts moved from being reporters of celebrities to celebrities in their own right. “They’re not only reporting it — they’re part of it.” This has been done, he says, partly as a result of the networks themselves, which have pushed how relatable their stars are as a way of getting more viewers.

Not that everyone agreed. Two Sydney paparazzi, who both declined to speak on the record, said that kind of coverage — and the photos that spark it — made them very queasy.

“Given the familiarity people have with Sam and Karl, I can understand people being so significantly invested and delving into their lives,” said one. “But I don’t think it’s healthy. I don’t like doing newsreaders — I don’t see them as entertainers. With Sam, I think she’s generally quite giving to the media. I enjoy photographing Sam at events, or when she’s working on the job. When she’s not representing Channel Seven and just doing her shopping, I think it’s poor form.”

Another said if he’d taken those pictures, he’d have been unhappy at the write-up — it being a slur on Armytage.

But everyone agrees the goalposts are shifting. The Daily Mail has, since its Australian launch in 2014, significantly boosted the demand for photos of this variety. Magazines can’t take their time to consider photos anymore, the paps said: it’s a snap-them-up-and-get-them-out game these days. “The Daily Mail’s necessity for content is inexhaustible,” said McDonald. “It’s a new monster. We can go and shoot all day and probably wouldn’t have enough content for their platform.” Another benefit of such images: they’re far harder to steal from other outlets than words — the last exclusive of the online age.

This all means the paparazzi game isn’t in the same slump as the rest of the media. The industry has entirely recovered from a downturn in the global financial crisis. And the Mail’s impact is cascading onto its competitors. News.com.au, Yahoo7, and the online websites of various gossip mags are increasingly also paying for paparazzi photos. This kind of stuff gets clicks, and that’s the whole game. The Daily Mail wants to be the most popular website in Australia — and it’s going to keep doing this kind of content as long as it gets interest.

As for Sam Armytage, everyone we spoke to didn’t expect she’d cease to be of interest anytime soon. While shots of her doing the shopping aren’t going for much, she might make someone rich one day. Any photos of her in a swimsuit or photos that reveal the start of a new relationship could go for $50,000 — if anyone can get them. 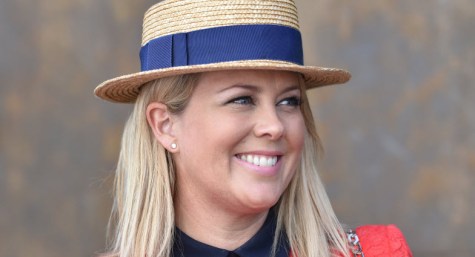 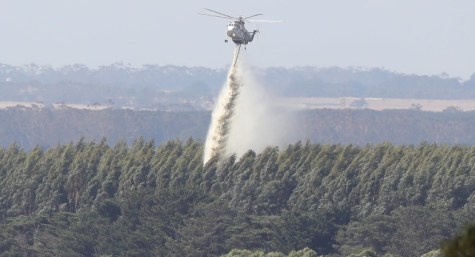 That’s what happens when you get paid a lot of money for being a network (face/bottom) and doing very little.

Colour me Aghast, TL;DR but well done Myriam for persevering.

Even though I sit in front of a computer all day, watching the scroll of news stories flick between the various sites, never have I thought of seeing what was on the Daily Mail website. It doesn’t even register as an afterthought.
However, I’m more than aware of whatever underwear Ms Armytage might have been wearing, because it was reported on all the other news sites. Aren’t these sites just playing straight into the hands of whatever mastermind is running the Daily Mail site? “Quick, post a picture of Sam, those other idiots will run the story and create moral outrage and we’ll be able to charge even more for our Outreach ad links to 12 surprising pictures of journalists being idiots…”
Far be it from me to quote a former Prime Minister, but maybe they just shouldn’t write – or copy – sh*t?

Sunrise…? It either pops-up over the ocean (generally while I’m still tucked away under the covers) or it comes in a long glass with tequila and an itty-bitty umbrella. And WTF are Sam and Karl?