A paper currently in the news by Professor Tony Makin from Griffith University, published on the website of the enigmatic Treasury Research Institute, asserts that the Rudd government’s stimulus spending in response to the global financial crisis generated no benefit at all. Further, it “worsened Australia’s international competitiveness and damaged industries … particularly manufacturing”. Let’s examine those claims, shall we?

Several passages in this “external paper” have been queried. But this one is a doozy:

“In sum, the nature of Australia’s fiscal stimulus was misconceived because it emphasised transfers, unproductive expenditure such as school halls and pink batts, rather than tax relief and/or supply side reform, as occurred for instance in New Zealand where marginal income tax rates were reduced, infrastructure was improved and the regulatory burden on business was lowered.”

Makin is declaring here — not for the first time — that cash outlays were useless and that cutting taxes would have worked. His exhibit A is New Zealand.

This is truly extraordinary, given what actually happened places where taxes were cut — and in New Zealand in particular.

Before analysing this, some local history. Malcolm Turnbull led Australia’s federal opposition when the GFC hit in late 2008. He had a tenuous hold on the top job, having won it in September 2008 from Brendan Nelson, 45 votes to 41.

Turnbull supported the Rudd government’s first stimulus package in late 2008, although not all Coalition MPs were gruntled at this. He opposed all subsequent stimulus interventions.

Makin is correct in asserting that New Zealand — to the applause of the Coalition across the Tasman — did cut taxes instead of increasing spending. This was the opposite of what Australia did.

A paper from the Organisation for Economic Cooperation and Development (OECD) shows New Zealand effected the world’s greatest tax cuts and Australia undertook the fastest and greatest stimulus spending. (See the dark blue bars for tax cuts and pale blue bars for spending in figure 3.2.)

So what were the outcomes? We can readily compare these across the OECD — the club of 34 developed, mixed free enterprise economies.

By the end of 2010, the fortunes of Australia and New Zealand could hardly have contrasted further. Australia’s economy was clearly the best-performed in the world, with this profile:

Is there an NBN black spot over Griffith University that prevents access to basic information via the internet? 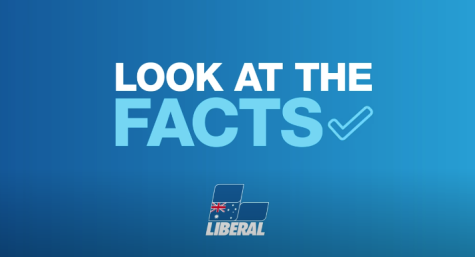 He sounds to me like one of those Judith Sloan types, who view the economy as an entity whose well being is to be preserved at all costs. Thus the first thing to go in a crisis would be … expenditure on the welfare of a nation’s citizens, of course. His cry would be “the economy can’t afford it”. Someone else famously once said “let them eat cake”.

Like so many economists, he talks like an institutional psychopath, not unlike Goebbels, who saw the holocaust as a bureaucratic exercise. All he did was sign forms.

Could Alan please check his unemployment statistics as I think there could be errors.
I don’t think 9% is down from 5.9%; nor is 2% is just below 6.5%.

How would our deficit be right now with those tax cuts factored in?

We still had to wear then, and still wear now, the tax and revenue cuts that were gifted to Howard’s mysteriously dubbed ‘battlers’. They are doing fine.

Thanks for these comments.
Yes, some digits appear to have disappeared in the course of publication.
These are the correct figures:

I blame the Russians …