Good morning, early birds. It's Friday, COAG is meeting, the cricket is on and Woolies has a win. It's the news you need to know, by Sally Whyte and Max Chalmers.

The emissions intensity scheme that was taken off the table in less than 48 hours this week “would save households and businesses up to $15 billion in electricity bills over a decade,” the Fairfax papers are reporting. PM Malcolm Turnbull and Environment Minister Josh Frydenberg backed away from the proposal, which was part of the terms of reference for the government’s climate change policy review, despite advice (which they have had for months) from the Australian Electricity Market Commission it wouldn’t increase costs. Also in reports to today’s COAG meeting, chief scientist Alan Finkel says electricty investment in Australia has stalled because of uncertainty over policy in the sector.

The government started this week hoping the review would be a good news story, and now it looks anything but. The Australian‘s Dennis Shanahan reports Frydenberg’s colleagues have pinned the blame on him for fumbling the story.

Woolworths has beaten an accusation from the competition regulator that the supermarket giant unfairly squeezed its suppliers to the tune of $60 million to plug a gap in its profits in 2014. The Australian Competition and Consumer Commission charged Woolies with unconscionable conduct and with “making undue, unreasonable and unfair demands for money to which it had no legal entitlement”. But the Federal Court said no dice, finding that Woolies had not broken any laws in demanding the cash from suppliers. According to Sue Mitchell at the Fin, however, celebrations at Woolies might be short lived, as the victory could spur Senator Nick Xenophon and the Nationals to introduce legislation to tighten up competition law. Many feel that if Woolies’ conduct was not illegal it should have been, and our laws need to catch up.

Canberra: The Council of Australian Governments (COAG) meets today, with energy emissions, the Adler shotgun and the state of the economy to be the topics for conversation among the country’s premiers. It has also been reported that the federal government will extend funding for the homelessness sector for another 12 months, but advocates are calling for longer-term funding to allow certainty for the area.

The Australian Bureau of Statistics will release housing finance figures for October.

Melbourne: The final match of the Chappell-Hadlee one-day series, where Australia will attempt to make it a clean sweep of wins against New Zealand. In other cricket news, David Warner may have to say goodbye to his Kaboom bat, with former Australian cricket captain Ricky Ponting leading a push to put a limit on the width of bats that can be used in international matches — which would rule out Warner’s 85mm thick bat.

Melbourne: The AFL women’s competition fixture will be announced today. It’s been confirmed the grand final of the inaugural season will be held on Saturday afternoon of the first round of the men’s season in March.

In case you’re having a ruff day, here’s a story from Strewth’s James Jeffrey, about an encounter between Labor leader Bill Shorten‘s British bulldog Matilda (or Tilly) and a neighbourhood ddachshund:

“The dachshund owner wrote he was out with his wife, walking their elongated, low-slung pooches past Chez Shorten when out popped one of the bulldogs, which promptly had a go at one of the dachshunds. Which of the Shorten beasts could have erred so: Theodore or Matilda? The dachshund owner seemed less than fully satisfied by Shorten’s efforts to recall his errant beast, ending his post: ‘Not even an apology … Appears to be no puncture marks just one very shocked dog and wife!’ No punctures — another reminder that after many years of selective breeding, the once mighty bulldog jaw is now a prime example of imposed limitations.”

Shorten’s office told Jeffrey they do apologise if Tilly upset the other dog’s owners. Look at that face, she wouldn’t hurt a fly: 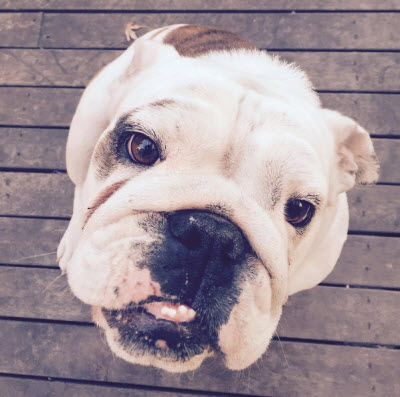 Climate change policy, or how not to be comfortable with ambiguity — Laura Tingle (Australian Financial Review $): “[Frydenberg] went on to say ‘we’ll just wait and see’, adding the government owed it to ‘Australian households and businesses’, to find the lowest cost carbon abatement. But that was all that was needed to let the genie out of the bottle. A review designed to potter along through 2017 largely below the radar, getting on the public record the various bits of analysis about the best options was being flapped around like a red rag to a conservative bull.”

Malcolm Turnbull will never have a credible climate change policy — Waleed Aly (Sydney Morning Herald): “Yes this is a story of a Prime Minister imprisoned by the obsessions of his own party, unable even to consider the most basic recommendations of his own government’s policy review. But we’re looking at a bigger story than that: the failure of climate change policy in Australia.”

Super tax did not turn many rich Liberals against Turnbull — David Crowe (The Australian $): “When the July 2 election results came in, the government found it had a problem with ‘battler’ voters in marginal seats, most of them untouched by a tax increase on super accounts worth $1.6 million. The anger felt by the Liberal Party’s wealthier supporters did not turn into a powerful force at the ballot box.”

Hanson has taken One Nation mainstream — and the Libs are running scared — Sharri Markson (The Daily Telegraph $): “Even the liberal Chancellor of Germany, Angela Merkel, has just turned against the burqa. Yet Turnbull yesterday slapped Hanson down over her call to ban the burqa in Parliament — a move that will only further alienate conservative voters.”

Criminals like me should be allowed to become MPs — Meredith Burgmann (Sydney Morning Herald): “I had two problems, I had been given a two months’ jail sentence for disrupting the racially-selected Springbok tour in 1971 (an infamous crime?) but amongst my other sins I had also been convicted of ‘assault police’ during a particularly violent protest against American Vice-President Spiro Agnew.”

Bill English will take over from John Key as the prime minister of New Zealand after rivals withdrew from the contest for leader of the National Party. English has been coy over whether he will call an early election. The new leader is a former farmer with 11 siblings considered to be a social conservative — New Zealand Herald / The Guardian

A UK police watchdog has unearthed hundreds of accusations of sexual assault against British police. Those impacted include victims of domestic abuse, drug and alcohol addicts, and people who work in the sex industry. A report by the watchdog body found 436 allegations of sexual abuse by police in just two years. — New York Times

American actress and Modern Family star Sofia Vergara is being sued over two frozen embryos she conceived with her former partner. The suit asks the embryos be transferred to Vergara’s ex-partner Nick Loeb and asserts that if they are not allowed to develop and be born, they will be denied their rightful inheritance, currently held in trust. — BBC

Not Wanting Kids Is Entirely Normal (The Atlantic): “In 2008, Nebraska decriminalized child abandonment. The move was part of a “safe haven” law designed to address increased rates of infanticide in the state… But here’s the rub: None of them were infants… One father dropped off his entire family — nine children from ages one to 17. Others drove from neighboring states to drop off their children once they heard that they could abandon them without repercussion.”

Is The Rush To Approve One Of The World’s Biggest Coal Mines Delusion Or Corruption? (New Matilda): “Nothing could demonstrate the magical thinking of Australia’s political class when it comes to coal mining more perfectly. Nice reef! Shame we’re about to destroy it.” 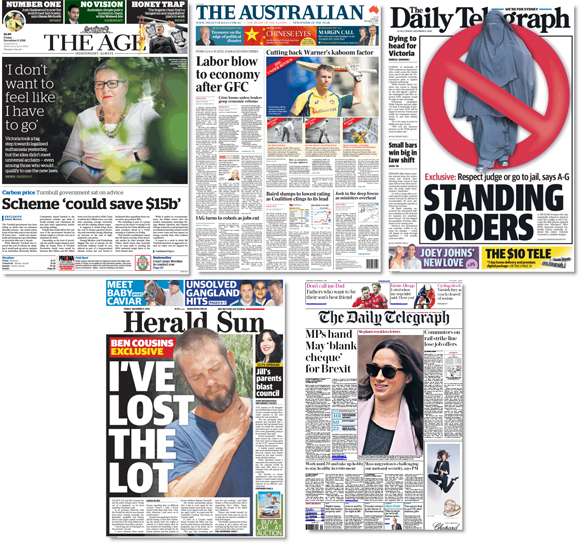