Don’t believe ScoMo’s spin, the Coalition ran our economy into the ground

Yesterday’s quarterly gross domestic product (GDP) growth numbers reveal two things with crystal clarity. First, that the international recovery following the global financial crisis (GFC) is well underway and gathering pace. Second, that Australia is the one stand-out economy in the developed world missing out on the strengthening tailwinds.

So when Treasurer Scott Morrison and Finance Minister Mathias Cormann complain about global headwinds — which the latter does in virtually every interview — they are blame-shifting crybabies. Okay, that’s three.

As Crikey reported yesterday, Australia’s quarterly GDP change for September was -0.5%, and the annual growth 1.8%. This compares poorly with the rest of the world and worsens the deteriorating trend.

There are 34 rich countries in the Organisation for Economic Cooperation and Development (OECD) — the mixed capitalist economies, which can be compared with each other. Of the 30 that have posted quarterly figures for September, 17 recorded growth above last quarter’s. Another six recorded growth equal to or just a poofteenth of a point below last quarter’s. Only seven slipped significantly over the previous three months.

Some September quarter rises were quite spectacular. Iceland is up from 2.1% to 4.7%. The US jumped from a surprise 1.4% increase in June to an even more surprising 3.2% increase in September. That’s an impressive outcome — alas, too late to bolster the Democrats’ claim on the presidency. 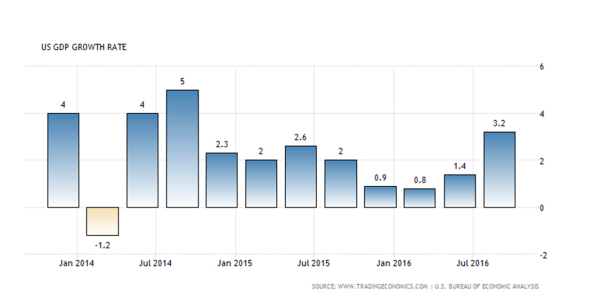 All four countries that went negative in June are back in the positive: Canada, Chile, Finland and France. So if this is not yet the boom of 2016, it is certainly a sustained global upturn.

This, incidentally, is confirmed by figures for jobs, wages, productivity and profits. which are increasing worldwide, and by deficits and debt, which are reducing.

Of the seven economies with lower September growth, all but two remain in strong positive territory for the quarter and annually. Only Norway and Australia recorded negative growth for September, both at -0.5%.

This is the first year since the onset of the GFC in 2008 that no OECD country is in recession. Only seven countries are in recession worldwide.

The annual growth figures also confirm the global economy is providing encouraging tailwinds for the well-managed economies. The majority of OECD economies have higher annual growth now than in June. Only Norway has had a negative year to September. (It is not technically in recession as it has not recorded two consecutive negative quarters.)

Australia’s annual GDP growth at just 1.8% is well below the OECD average of 2.29% and ranks in the lower half of the table at equal 18th. That is down from 16th place three months ago, and down from top spot through the GFC.

GDP growth — quarterly and annual — are not the only indicators on which Australia is lagging among developed countries. Most countries are also recording steady growth in employment. Australia’s job numbers appear stable, but hours worked per person are declining.

Australia is one of only seven countries now recording lower real wages, and one of just 13 still increasing gross debt. It is the only OECD economy with the quadrella of declining GDP growth, worsening employment, declining wages and deepening debt.

There can now be no doubt that, as Crikey tentatively proposed in October, Australians in 2013 exchanged arguably the best economic administrators in the developed world for unarguably the worst.

Naturally, Treasurer Scott Morrison chose to focus in his media release on the “encouraging 1.8 per cent through the year” growth rather than the disastrous -0.5% quarter.

He again claims the “economy is growing faster than every G7 economy other than the United Kingdom”. Yes, but so what? The G7 is not an economic grouping and Australia is not a member. Comparing quarterly figures with the G7, Australia’s -0.5% is a dismal distant last. The other seven countries — Canada, France, Germany, Italy, Japan, the USA and the United Kingdom — are all firmly positive.

Morrison’s claim that Australia’s annual growth is “just above the OECD average” is plainly false. As the data here shows, the OECD mean average is now 2.29%. Australia’s level is 1.8%.

Morrison asserts: “Australia risks falling behind if we continue to fail to support growth through private non-mining investment.”

No, Scott, Australia has fallen badly behind already. 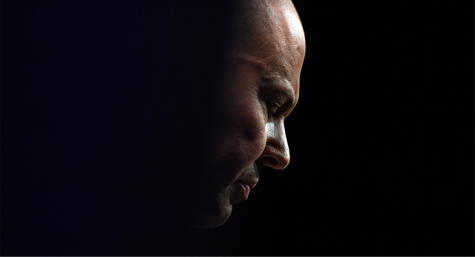 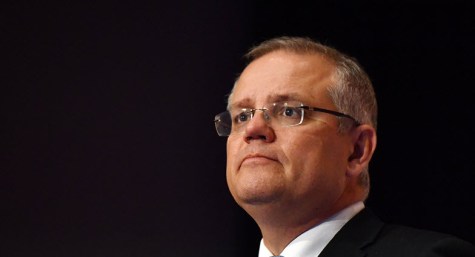 It’s an excellent argument to support their objective of lowering company tax rates. It’s not surprising that the Liberal and National Parties, backed by the Business Council of Australia and a collection of other economically literate masters of the universe are advocating reducing corporate tax to benefit workers.

The problem of course is that large corporations are driven largely by greed and fear. They have no interest in delivering training and jobs to young Australians. And the LNP has no idea how to drive public interest outcomes.

‘On Water’ Morrison . . . . Our innovative and agile Federal Treasurer. Yep!

“. . . . as Crikey tentatively proposed in October, Australians in 2013 exchanged arguably the best economic administrators in the developed world for unarguably the worst.”

Chickens are coming home to roost.

Enough of your facts showing that Labor are clearly the better economic managers.

A suggested slight but significant change to the headline:
“Don’t believe ScoMo’s spin, the Coalition is running our economy into the ground”.

Presumably this is on the front page of The Australian. Oh wait …..