Crikey Worm: Recession obsession and Person of the Year

Good morning, early birds. It's all about the economy and the environment today, and neither of those are looking good for the government. It's the news you need to know, by Sally Whyte and Max Chalmers.

At least 97 people have been killed by a pre-dawn earthquake in the Indonesian province of Aceh. About 100 buildings were destroyed by the 6.5 magnitude quake, though no tsunami followed, as occurred with devastating results in December 2004. Officials say nightfall and poor weather conditions have hampered the recovery effort, and it is believed there are more people in the rubble.

All the headlines are focusing on the economic figures released yesterday, which were worse than even the most pessimistic predictions. There is a smorgasbord of opinions and analysis on what the figure really means, but consensus is that this result won’t be repeated in the next quarter, meaning Australia will avoid a recession. The 0.5% contraction in the GDP figures will have an impact on the Mid-year Economic and Fiscal Outlook to be released in a few weeks, and it makes any rate rises by the RBA next year unlikely. “We can never take our growth for granted in this country, ever,” Treasurer Scott Morrison said yesterday, but most experts are predicting that growth will recover after this result.

LOTS OF HOT AIR ON EMISSIONS

How much carbon dioxide does a political backflip pump into the atmosphere? The Australian Financial Review reports today Prime Minister Malcolm Turnbull and Environment Minister Josh Frydenberg‘s U-turn on the concept of an emissions intensity scheme is contrary to advice received from Chief Scientist Alan Finkel. Finkel is leading a committee reviewing Australia’s National Energy Market, and Phillip Coorey says the government already has a copy of its report saying such a scheme would reduce electricity prices.

Former Labor senator Stephen Conroy hasn’t been idle long — he has landed his first post-politics gig as executive director of Responsible Wagering Australia. The new lobby group replaces the Australian Wagering Council and is backed by Australia’s big gambling companies, bet365, Betfair, CrownBet, Sportsbet and Unibet. The group’s chairman is former Liberal senator Richard Colbeck. In other lobbying/politics news, former NSW premier Barry O’Farrell has been announced as the chief executive of Racing Australia, which lobbies on behalf of the horse racing industry.

“I think the media have to be very clear, very transparent, and not fall into — no offence intended — the sickness of coprophilia, that is, always wanting to cover scandals, covering nasty things, even if they are true.” — Pope Francis on fake news. Want to know what “coprophilia” means? It’s an “abnormal interest and pleasure in faeces and defecation”. Don’t think on that one too long.

Perth: Opposition leader Mark McGowan will outline his pitch for next year’s WA state election at a Committee for Economic Development of Australia breakfast.

Sydney: Sport Minister Sussan Ley and Australian Sports Commission chair John Wylie will launch the key findings of the AusPlay survey, which looks at the sport and physical activity behaviours of Australians. A preview of the report warns of the “death of sport”.

Brisbane: Noel Pearson is to give a public lecture on the topic of  “exposing the soft bigotry of progressive reform”.

Sydney: The Australian Paralympic Awards will be held tonight, and after a strong showing in Rio this year, there will be much to celebrate.

Melbourne: Prime Minister Malcolm Turnbull to appear on 3AW at 8.30am.

Heavens open but Josh Frydenberg weathers the storm — Niki Savva (The Australian $): “Abbott’s interventions, and the predictably feral response to Frydenberg’s announced review were anything but funny. They are pointers to minefields ahead for the government, and for Frydenberg in particular, whose communication skills deserted him on Monday.”

What an extraordinary, gutless capitulation by Josh Frydenberg — Katharine Murphy (Guardian Australia): “Yet again the Turnbull government has shown the voting public that it is a divided, roiling, rudderless, chaotic and gutless political outfit, locked into a cycle of chasing its own tail, jumping nervously at shadows.”

New nightmare adds to Scott Morrison’s sleepless nights — Judith Sloan (The Australian $): “The reality is the government’s reform program is thin, with or without Senate co-operation. Mucking around with superannuation, implementing a toothless construction industry watchdog and allowing energy costs to surge: none of these policies will lead to higher economic growth.”

Parliament protest highlights democracy denial and a boring Dorothy Dixer — Justin Smith (Herald Sun $): “Both sides of politics would hate to admit it, but Trump and the superglue ratbags come from the same place. They both exist because the current system was no longer hearing their voice, so they found another way.” 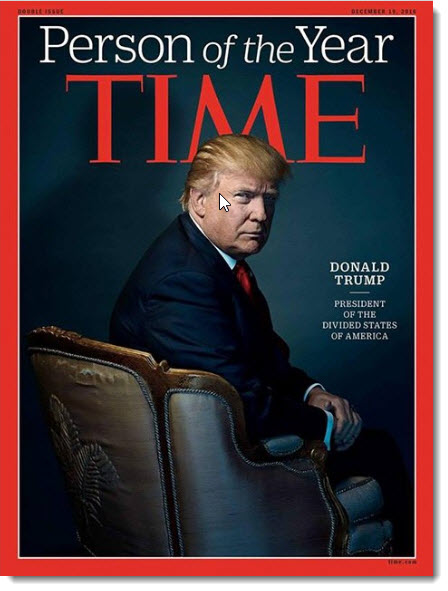 Julian Assange has publicly released the statement he made to Swedish prosecutors during an interview in London’s Ecuadorian embassy. It’s the first time Assange has responded in detail to the rape allegations made against him by a Swedish woman in 2010. — The Guardian

Parisian authorities have banned cars from entering the City of Lights for the second consecutive day after a “grey veil of dirty air” lidded the French capital, sparking health concerns. — The Guardian

There are no survivors after a plane crash in Pakistan. The domestic flight carrying 48 people hit a mountain slope after reportedly experiencing engine problems. — Reuters

Fifty Years of Disquietude: On Gabriel Garcia Marquez’s tour as an accidental propagandist (The Baffler): “For decades, the story has gone that the CIA’s Congress for Cultural Freedom, its covert propaganda front, was one of the best things the CIA ever did. It never censored, and it published a string of great writers. But as one of those writers can attest — one who happens to have been the 1982 Nobel laureate — at least some of them were tricked into the scheme.”

‘They Are Slaughtering Us Like Animals’ (The New York Times): “You hear a murder scene before you see it: The desperate cries of a new widow. The piercing sirens of approaching police cars. The thud, thud, thud of the rain drumming on the pavement of a Manila alleyway — and on the back of Romeo Torres Fontanilla.

Michelle Obama Breaks Her Silence About the Night Donald Trump Was Elected: ‘I Went to Bed’ (People Magazine) “‘I went to bed. I don’t like to watch the political discourse; I never have,’ Obama tells PEOPLE, adding of her husband, ‘I barely did with him.'”

Setting out the news spots as above, makes me wonder if, in future, you are going to include Muslim prayer times: as per The Age.

PS: Christian prayer times are totally unnecessary as we have George Christiansen and Cory Bernardi to tell the faithful how to behave.