The current Prime Minister has all but uprooted his forebear’s beloved Green Army as the Turnbull government moves to find savings of about $350 million in the upcoming Mid-Year Economic and Fiscal Outlook.

The move will likely be met with indifference from Australia’s Leadbeater possum and hairy-nosed wombat populations, as the preliminary findings in a recent analysis by the Australian Conservation Foundation (ACF) has found the environmental performance of ex-PM Tony Abbott’s signature Green Army program is inconsistent and ineffective when it comes to protecting threatened species.

Benefiting threatened species is listed as one of the aims of the program, which receives around $90 million a year, but the analysis finds that many programs are not actually achieving benefits for threatened species.

The program was launched in 2014 and is designed to help both the environment and young job seekers, as part of the “Direct Action” climate plan brought to the 2013 election by Abbott.

The program aims to equip the workers with an extra set of skills to help them find ongoing jobs, while also restoring parts of the environment through local projects. It has been plagued with issues, though, including reports of management problems, a high number of injuries and a high drop-out rate.

An unpublished report of the Australian Conservation Foundation found that of the 323 Green Army projects the Department of Environment listed as benefiting threatened species in the first three rounds of projects funded, only 135 projects actually did.

It is unclear how the Department of Environment measures a project’s effect on threatened species. The ACF defined a project as benefiting threatened species if it clearly identified the targeted species, what it was that threatened that species, worked to a management plan (such as a species recovery plan), set up habitat connections for the wildlife to travel in, and built on habitat conservation projects.

ACF CEO Kelly O’Shanassy says ACF didn’t support the Green Army from its inception as the program never had a clear environmental strategy.

“I think the only thing green about it was probably its name,” O’Shanassy said.

“I just don’t see evidence that the Green Army are doing anything about those two issues,” she said.

“Any project that doesn’t have a very clear strategy, doesn’t have, therefore, a clear purpose, and doesn’t have data to support whether it has been successful or not, is not a good program and shouldn’t continue.”

MERIT, the government website where Green Army project managers log their data, groups projects by different environmental benefits, but gives no further information on how these benefits are executed.

The analysis also states many of the Green Army projects don’t follow existing management or species recovery plans — which are essential to rebuilding threatened and endangered wildlife.

“Why on Earth isn’t the Commonwealth putting money into the things they have primary responsibility for?” he asked.

The ACF review, which is yet to be released, calls for a rigorous audit of the program.

The review also found that some Green Army programs had clearly worthwhile outcomes for threatened species. In one project in Western Australia, indigenous communities surveyed the species in a particular area, building ecological and cultural knowledge at the same time, according to the ACF analysis.

Landcare Australia is partnered with Manpower Australia, the employment and recruitment agency, as one of five Green Army service providers.

“For projects, particularly in the later rounds, they’re really quite solidly put together to be allocated funding,” Norrish said.

The Department of Environment was given multiple chances to respond to questions regarding this story. Crikey received this statement:

“Green Army project activities are recorded in MERIT (Monitoring Evaluation Reporting and Improvement Tool), which stores data associated with natural resource management grants projects funded by the Australian Government: https://fieldcapture.ala.org.au/. The Department is also conducting a three year review of the program that will highlight achievements to date and inform and improve the future delivery of the program: www.environment.gov.au/land/green-army/three-year-review

“As part of the application process, applicants are required to describe how projects align or contribute to relevant local, regional or national environment or heritage plans, strategies or advice. Applicants must also detail how they will manage and maintain project outcomes following the conclusion of the project.” 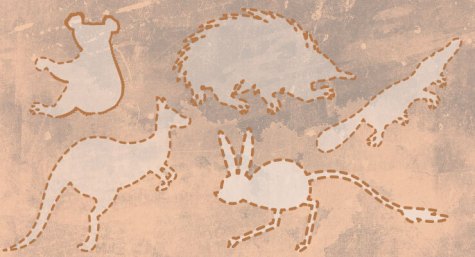 Have I missed something here – no mention of Greg Hunt under whose auspices as Minister for the Environment the Green Army was launched. And thereafter struggled through lack of Coalition government interest. Ludicrously, Hunt’s ineptitude and ineffectiveness earned him the title of ‘best minister in the world’.

Imagine the parlous state of our environment & the Green Army if we’d had the second best minister.

Not even gHunt pretended that this was ever anything but fig leaf.

Wait till the day that someone takes up Bill Mitchell’s Jobs Guarantee, which will basically look very much like this, without the name green in front of it.

There will be a hullabulloo from the rightists, for what is the same programme on a larger scale with much greater social, environment and other benefits.