News that Fairfax's editor-in-chief was being stood down pending an investigation into sexual harassment allegations set the Walkleys aflame.

Perhaps this is no surprise, but an evening that started with scandalous news of the Age’s editor-in-chief being stood down — pending an investigation of sexual harassment claims — was, in the end, a rather well-behaved affair.

No one jumped in the pool at the after-party. If anyone got embarrassingly sloshed, it was late enough in the night that only the diehards were there to see it. And no one offered Mark Di Stefano any cocaine (we checked). “It was disappointingly well behaved,” said one scribe. “Sombre,” said another.

Perhaps the heat was partly to blame. The Brisbane air was sweltering, and many retired early to the comfort of their air-conditioned hotel rooms. But for those who stayed, there was one dominant topic of conversation: the missing man on table 26.

The initial reaction to Mark Forbes being suspended, broken during the pre-dinner drinks, was largely confusion. Anyone who hadn’t checked their phones in the past hour was quickly filled in on the story. As glasses were drained and the night got longer, the mood gave way to anger, particularly among discussions with female journalists. (Forbes has since resigned as editor-in-chief of The Age.)

Still, there were other things to discuss. One was the Walkley curiously awarded to “Staff Writers” at the Newcastle Herald. To a journalist, the phrase has certain connotations — it generally means the journalists involved, for one reason or another, don’t want their name to a yarn. Turns out maybe the heat was getting to everyone: entries with six or more participants have to be addressed to ‘staff journalists’.*

Not that there wasn’t a story here. At least some of the six journalists involved in the Newcastle Herald‘s now Walkley-winning coverage of how the expansion of the Williamtown RAAF base led to contaminated groundwater and devastating impacts for local residents had since been made redundant by Fairfax, or had decided to leave. And they weren’t too thrilled with the company on Friday. For one, it had offered to pay for its former employees’ tickets to the Walkleys, but not their hotels or airfares. Media companies always pay the way for their shining lights to get their gong. At the same awards, Peter Nicholson, no longer at The Australian, was also up for a Walkley. The Oz paid his way.

Also widely noted was the lack of a Walkley given to Four Corners for its Don Dale investigation — Caro Meldrum-Hanna’s opus was up for two gongs but didn’t get either of them, which is odd for a story that prompted a royal commission by breakfast the day after it aired. Meldrum-Hanna did get a Walkley for her Kathy Jackson-Michael Lawler special — clips were played to the wide amusement of those assembled.

While the Don Dale investigation didn’t get a Walkley, here’s someone who did: Tony Abbott’s controversial chief of staff Peta Credlin can now call herself “Walkley-winning”. Sky News took out the award for “coverage of a major news event or issue” (isn’t that a catch-all category) for its coverage of the federal election. Credlin was at the event and up on stage for winners’ photos. Perhaps it’s only fitting that someone who brought down a government should be so recognised.

The big one — the gold — went to a freelance snapper. It’s the first time a photographer has won the Gold Walkley in the award’s 61-year history. And Andrew Quilty sure pulled focus.

His photos on the destruction of a hospital by an errant US airstrike in Afghanistan took out two separate Walkleys, along with the gold. The photos, which show a sprawled man killed by falling rubble in the middle of an operation, are devastating, and once seen, impossible to forget.

Quilty was a popular choice, partly for his intriguing acceptance speech:

“Beginning in the photography department at Fairfax 10 or 12 years ago, I quickly realised my place in the hierarchy of journalism … as a second-class citizen, very much, lugging a camera around the halls of Fairfax. I was subordinate to the journalists. But that was a status that myself, as much as my colleagues, perpetuated and continued to perpetuate ourselves, by, as is the traditional workflow in the newsroom, taking briefs rather than realising ideas of our own.”

Describing himself as a writer trapped in a photographer’s body, Quilty said he was deeply humbled that the gold wasn’t an award just for photos, but for journalism more broadly.

*This piece was corrected to add reference to the Walkley rules requiring entries of six or more be designed to ‘staff journalists’ — there was no journalistic snub intended. Three of the six journalists on the entry are no longer with the Herald. 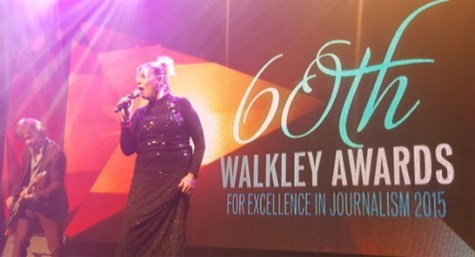 ‘We are the custodians of this profession’: tears, cheers and jeers at the 2015 Walkleys

And the award goes to: ABC budget cuts and bad ’80s music 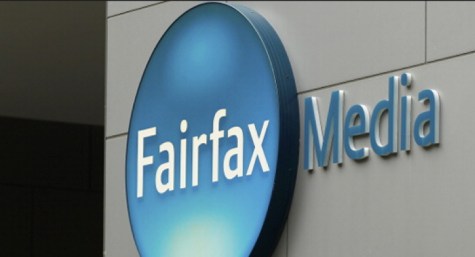 If the meeja hasn’t yet eaten itself it can only be because it is so toxic.