A Titanic mistake? Clive Palmer has competition. Not in the weight loss stakes, or the business failure stakes, but in the very specific category of a rich man with a history in politics trying to build a replica of the Titanic. Peter Mandelson, former communication chief to Tony Blair, is reported by The Guardian to be involved in a project building a replica of the doomed ship in Daying, in China’s Sichuan province. The ship is set to be part of a tourist resort, and a hull assembly ceremony took place this week. Palmer’s Titanic was also set to be built in China, but $6 million later, and amid the collapse of Palmer’s other business, it doesn’t look like Palmer’s dream will go on and on at all.

Turnbull v Mardi Gras. The Sydney Gay and Lesbian Mardi Gras announced yesterday that despite a motion passed at its AGM last month, it will not be uninviting Prime Minister Malcolm Turnbull from the annual parade in 2017. Although it was reported that Turnbull had been banned from the event, the motion passed (with the help of one member in attendance holding 48 proxy votes) stated that Turnbull should not be an “official guest” of the parade. In preparation for the festival’s program launch today, the board made a statement that it had decided not to adopt the motion, which was not binding. “The majority Board decision determined that the motion as put to the meeting was not in accordance with the objectives of the Sydney Gay and Lesbian Mardi Gras constituion to ‘build positive and beneficial relationships between the gay, lesbian, transgender, bisexual, queer and interses with the wider community’.”

As reported by Crikey at the time, the board also had to deal with the way in which the motion could be seen to politicise the event. A source had told Ms Tips that the Department of Foreign Affairs and Trade had been considering participating in the parade in an official capacity for the first time in 2017, but put the plans on ice after the motion was passed. We understand that Mardi Gras organisers have since given strong commitments to government departments considering being involved in the parade that the event was a non-partisan occasion.

Wyatt Roy’s gap year. While his former colleagues were slogging it out in Parliament this week, Liberal wunderkind Wyatt Roy was swanning around Europe, in what looks to be a worldwide gap year after he lost his seat in July’s election. Roy tends to update his Instagram by dumping a whole lot of photos at once, so we can see that in recent weeks he has visited Lake Como, the Hague and Lisbon. In this pic he seems to be attempting to go incognito: 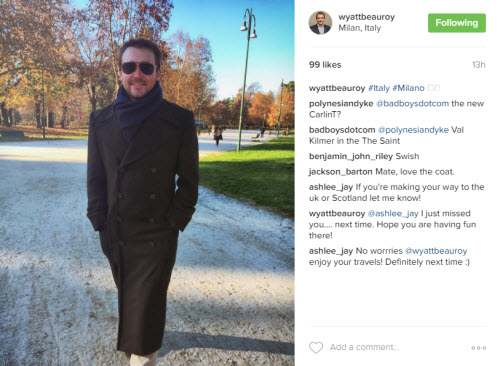 George Christensen gets dressed up (and down). The internet has been abuzz this week after Fairfax released the photo of George Christensen that is set to accompany his feature profile in Good Weekend this weekend. Here it is again in case it isn’t seared into your retina: 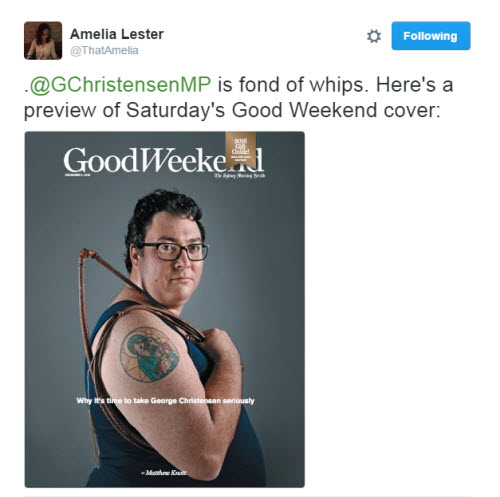 A tipster has reminded us that this isn’t Christensen’s first foray into unusual photos. This photo originally appeared in the Mackay Daily Mercury in 2009, when Christensen was a regional councillor. He performed the Nutcracker Suite with a group called Ballshai Ballet, telling the paper “five minutes is a lifetime in tulle”. 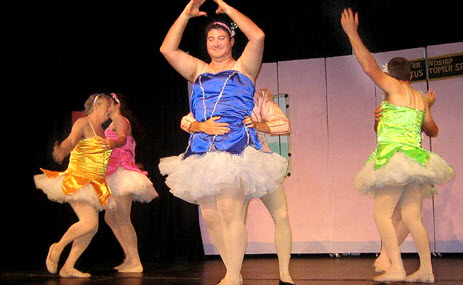 Let’s face it, St Peter wouldn’t let us in anyway. Yesterday in our analysis of pollies’ Christmas cards, we made reference to the card from Western Australian MP Andrew Hastie, who is a well-known Christian. Hastie’s card used a passage from the book of Isaiah, which we thought was a bit fire and brimstone for Christmas, which is usually the soft and fluffly side of Christianity. A tipster writes however:

“No fan of Andrew Hastie, but surely just a little attention to the verse he quoted would make it clear that it is not about fire and brimstone but the promise that the bloodied attire of warriors will be no longer needed when the Prince of Peace comes. Can’t think of a much more uplifting choices than that — and one of the stock standard Christmas verses for centuries!”

It’s a long time since Ms Tips sat in a religious education class; sounds like some revision is required.

gaagghhh – imagine being the poor bugger trying to lift that lump!