It is the very last sitting day of the year, and our pollies are thinking about holidays -- just not their own. The backpacker tax is still not resolved, with crossbenchers demanding more concessions. It's the news you need to know, by Sally Whyte and Max Chalmers.

SWINGS, ROUNDABOUTS AND SUPERGLUE IN PARLIAMENT

ABCC gets through. The government had a political win yesterday with the passing of the ABCC bill, but as Crikey‘s Bernard Keane writes, when it comes to the actual policy, the amendments to the bill agreed to by the government and crossbenchers make it a policy turkey. “Now it has been turned into a vehicle for protectionism in one of our biggest industries, which instead of getting a tough regulator to control unions will now face much stiffer local content rules and a lot more red tape.”

Backpacker tax gets bogged. On Monday The Guardian‘s Greg Jericho wrote the backpacker tax was a textbook example of how not to develop policy. Since then the government has made enough missteps to warrant “How not to develop policy: now updated with new ways to stuff it up”. The government announced on Monday it would agree to a 15% tax on backpackers (well down on the 32.5% originally announced, and the 19% announced since then), but Jacqui Lambie and Labor were pushing for 10.5%, which was passed by the Senate but rejected when sent back to the House of Reps. Now Rod Culleton and Derryn Hinch want the government to agree to 13%. What number will we end the day with? Your guess is as good as ours.

“As rumours swirl about a major overhaul and tightening of security at Parliament House, the protesters made their way into the public gallery for question time through the entirely normal process. They dropped off their phones and other electronic equipment, went through the normal metal detector and bag-check security process before being taken in to the public gallery on the opposition side of the chamber. Metal detectors couldn’t detect glue.”

BY GEORGE, HE’S REALLY SOMETHING

Deputy Prime Minister Barnaby Joyce says controversial Queensland MP George Christsensen is on a path to a cabinet position in a preview of a profile on Christensen to be published in Good Weekend magazine on Saturday. Also released yesterday afternoon was one of the portraits of Christensen taken for the story, in which he is holding the Nationals’ stockwhip and displaying a tattoo of Mary and Jesus. Christensen tweeted the photo, saying “If @mearsy (Fairfax photographer Andrew Meares) tells u he has a great idea for a photo, run! Just kidding! Looking forward to full @KnottMatthew [Fairfax journo and Crikey alum Matthew Knott] story”.

If @mearesy tells u he has a great idea for a photo, run! Just kidding! Looking forward to full @KnottMatthew story. pic.twitter.com/ciU8M8fOiC

The photo elicited a range of reactions, which Christensen has taken with good humour, retweeting this comment from Greens leader Richard Di Natale, who exclaimed “Quickly, someone get the man a skivvy.”

In the Herald Sun today, political editor James Campbell writes of rumours of floods of new members in particular branches of the Victorian Liberal Party, and the name Marcus Bastiaan:

“The people being recruited further afield are a different kettle of fish. As my callers have intimated, they are from the churches and are, it goes without saying, not the kind that got used to the lady priest and her girlfriend years ago. They’re the fire-and-brimstone kind that would have led the charge against gay marriage had the plebiscite got up.”

What will come to pass when it’s time for preselection in coming months? 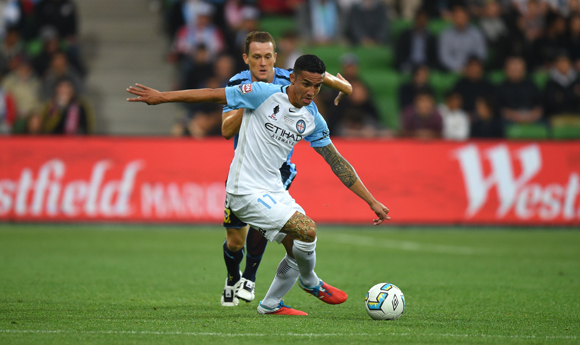 Canberra: Last day of sitting for the year; the government hopes to reach a deal on the backpacker tax.

Adelaide: SA Premier Jay Weatherill will apologise to the LGBTI community for the discrimination they have faced in the past. The apology comes after a married Englishman, David Bulmer-Rizzi, who died in SA while on his honeymoon, was registered as “not married” on his death certificate because the state did not recognise his marriage to his husband, Marco Bulmer-Rizzi.

Perth: Female giraffe Kitoto from Taronga Zoo will arrive at Perth Zoo today. She is to be paired with Perth Zoo’s male giraffe Armani as part of a breeding program.

Sydney: Eddie Obeid will be sentenced today for a conviction of misconduct in public office over his family’s business dealings in Circular Quay. He was found guilty in June.

Sydney: UK Minister of State Lord Price will address the Australia British Chamber of Commerce about Brexit since the referendum.

Brisbane: There’s a heatwave on the way for south-east Queensland. It’s expected to be the hottest day in 15 years.

ABCC benefits lost amid Turnbull’s horse-trading  — Judith Sloan (The Australian $): “The trouble is that what has been conceded and added to ­secure Malcolm’s much-wanted Christmas present is so significant that we can kiss goodbye to these benefits, particularly the lower costs of projects.”

A makeover for the construction industry — Jennifer Hewett (Australian Financial Review $): “The political benefit to the government is clear. A win is a win is a win. And this was a particularly crucial one.”

Malcolm Turnbull’s big chance to be the new Menzies and help first home buyers — Peter Martin (Sydney Morning Herald): “Malcolm Turnbull made the wrong call defending negative gearing in order to get re-elected. He needs to crawl back slowly. There’s no shortage of people on his own side telling him to.”

Apartheid alive and well in Victoria — Andrew Bolt (The Daily Telegraph $): “Australia has become so racist that we now have apartheid in our justice system. Victoria proved it this week, ruling that adult jails were bad for young Aboriginal criminals but fine for whites.”

I’m being sued by the government for opposing its Medicare policy. What next? Mark Rogers (Guardian Australia): “My website gets a bit of traffic, but if the Save Medicare Sydney community group doesn’t hold a rally and hand out flyers then the hits dwindle. That all changed on Wednesday before last, when I received a letter from the office of the Australian government solicitor.”

The world’s major oil-producing countries have agreed to cut output for the first time since 2008. The deal included non-OPEC member Russia and caused an immediate jump in the price of oil, which is expected to climb further. — Reuters

US President-elect Donald Trump has announced on Twitter he will “leave” his businesses to avoid conflicts of interest. Trump will provide details on December 15, but ethics lawyers who worked for previous administrations criticised his vague statements. They reiterated calls for Trump to exit ownership through use of a blind trust. — New York Times

In an interview with the BBC, outgoing head of the CIA John Brennan has warned the President-elect not to scrap America’s nuclear deal with Iran. Trump has strongly criticised the deal, which listed sanctions in return for the suspension of Iranian nuclear development. Brennan also said the majority of CIA officers do not want to see the return of waterboarding by the agency. — BBC

The British Labour Party is putting pressure on Theresa May’s Tory government to guarantee the rights of an estimated 3 million European citizens living in Britain. May has refused to do so until the equivalent guarantee is provided to the 1.2 million UK citizens living in the EU. — The Guardian 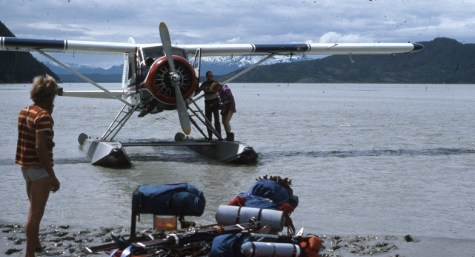