Our cash contains animal fat, but not all that much. Whether the cows were killed in accordance with halal practices, though, remains to be seen.

There has been some uproar in the United Kingdom after it was revealed that new 5-pound polymer notes contained tallow, a product derived from animal fat, and as you’d expect, our notes do too.

Tallow is a fairly common product used in a variety of household goods, including soaps and candles, but nevertheless there have been petitions in the United Kingdom calling on the Bank of England to have the animal product removed from the new polymer notes:

“The new 5-pound notes contain animal fat in the form of tallow. This is unacceptable to millions of vegans, vegetarians, Hindus, Sikhs, Jains and others in the UK. We demand that you cease to use animal products in the production of currency that we have to use.”

Some have threatened to boycott using the notes. But any Australian vegans who want to avoid animal products in their currency will have to resort to coins and credit cards. A spokesperson for the Reserve Bank of Australia confirmed that tallow was also used in Australia’s polymer notes — which we have had in circulation since 1988, and exclusively since 1996.

A spokesperson for Innovia Films, the company that produces the polymer for the bank notes, told Crikey in a statement that it wasn’t very much tallow: “Resins used to make polymer banknotes contain small amounts of additives that act as stabilisers, anti-block, anti-static or slip agents or as other functional processing aids. These additives, which are important for the final properties of the banknote and very commonly used across the plastics industry, make up less than one per cent of the resin and will include tiny traces of tallow.”

Vice has estimated that the tiny amount of tallow in each note would mean it is likely the total amount required for all notes in circulation in the UK would be about half a cow.

As quite a few Senate crossbenchers, including Pauline Hanson and Jacqui Lambie, not to mention a few in the Coalition express concerns about halal certification in Australia, we also sought to discover whether the cow (or cows) killed for Australia’s money were slaughtered following halal practices, but Innovia Films declined to answer. 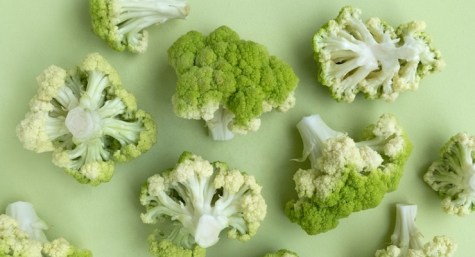 The Stockers magic: turning animals into candles into millions

I’d be inclined to double the quantity of tallow just to further annoy those nobs.

Someone should reveal (but only, of course if it’s true) that credit cards also contain tallow.

And that BitCoin contains virtual tallow.

Josh – someone is mixing up their sky fairy fantasies, halal is only relevant if the cash is eaten.
More to the point, the mix should include a liberal (sic!) dollop of pig fat so that we can enjoy a rerun of Lucknow and the Indian Mutiny when the bean counters of the Raj decided that the cartridges for the sepoys’ new rifle should be greased in both pig & cow fat, an equal opportunity offender because they had to be bitten before inserted into the breech.
Dog save us from religion.