Classifying documents as a form of quality control. Keeping the nation’s top secrets isn’t just the only reason to classify documents, it has been revealed. The former director of the Australian Institute of Criminology from 1994 to 2003, Professor Adam Graycar, wrote in a Senate committee submission of his time as the head of the research agency, where he had top-secret security clearance. He said he was often bewildered at what public servants would mark as classified, and he discovered that classification would be used to cover up poor work:

“From time to time I would see classified material, and often would have no idea why it was classified, because there was nothing special or secret in it. What I soon discovered was that the quality of the material was so very poor that the author or agency would have been ashamed and even humiliated were it open to public scrutiny. Not only that, there were times when material came marked as classified, which was entirely plagiarised.”

Graycar said that often material produced by certain agencies was word-for-word plagiarised from other agencies but retitled and classified.

Graycar’s comments were cited in the committee’s report, which recommended the passage of legislation that would allow the AIC to merge with the Australian Crime Commission. Graycar, among others, are opposed to the merger. He told the committee that people were either going to be unable to access research from the merged entity due to the security classification of the research, or they would be reluctant to trust the data the agency chose to release.

“Hiding behind a wall of classification, as will be inevitable if all our research comes through an intelligence agency, is not in the national interest,” he said.

Both Labor and the Greens are opposed to the merger of the two agencies on the grounds of the impact on research.

The sound of the sky falling in. One Nation Senator Malcolm Roberts presented the esteemed Hansard scribes with an interesting conundrum yesterday, when he accused Labor and the Greens of acting like Chicken Little on the effects of the ABCC bill. Roberts illustrated his point by both imitating the sounds of a chicken and by poking his microphone. The sounds were transcribed as “bwok bwok bekerk!” before he was chastised by Greens Senator Nick McKim for the aural experience he forced on the Hansard staff. We commend them for their commitment to accuracy in all things, even chook noises.

Goodenough for every season. WA Liberal MP Ian Goodenough, while blessed with the best name in Parliament, has bestowed upon his constituents a special gift this Christmas. Eschewing the standard Christmas card, Goodenough had a whole 12-month calendar printed bearing various photos of Goodenough serving the electorate of Moore. 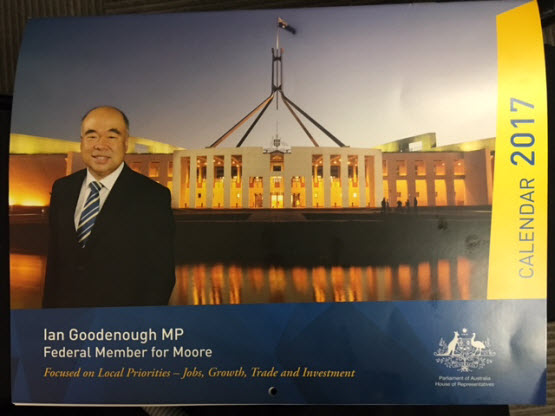 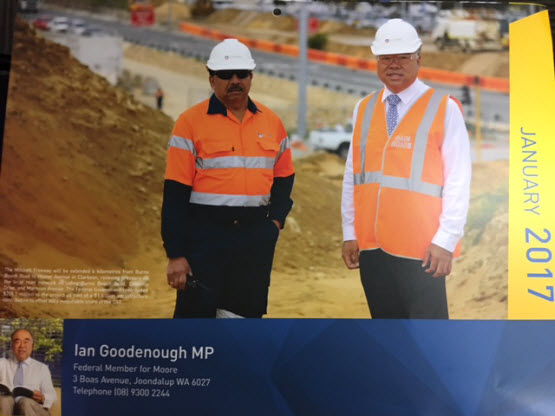 September is our favourite though, it’s so innovative and agile. 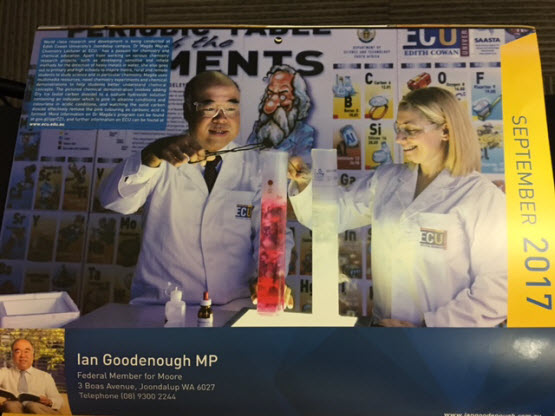 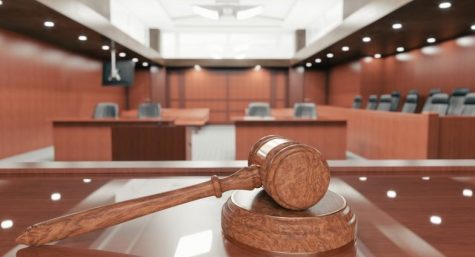 I live in Moore. I wonder if I’ll be scoring a Goodenough calendar? I wonder if it comes with a dartboard and darts? A blindfold and a donkey’s tail would be an adequate substitute though.

Senator Roberts has never sounded so cogent as when bwoking and bekerking.

Let’s have more of it and less of his usual.

Graycar makes an excellent point re classifying dodgy documents as secret to avoid scrutiny.
“Commercial-in-Confidence” has concealed a multitude of government blunders & malfeasance.
Barangaroo? Poles & Wires? ABCC? I’m sure everyone has a favourite but for sheer naked self serving systematic & systemic boobdoggling it is hard to go past Barnyard’s move of the Vets&Pesticide agency to his electorate.