With two execs already sidelined and possibly more to come, Rio Tinto has to have a good hard look at how it got this far.

On the surface everything has been going well for Rio Tinto, the Anglo-Australian conglomerate that is now the world’s second largest mining company by market value.

It has weathered the commodities crash better than any of the other big players in terms of its share price performance, and lately the price of iron ore has bounced back, which is very good news for Rio. But unfolding beneath all the good news has been a scandal in its huge African project Simandou, which has effectively forced the company to give away its remaining half of the world’s largest iron ore deposit to its Chinese shareholder Chinalco.

It now seems this might have been the reason that former chief executive Sam Walsh was unexpectedly replaced earlier in the year, only three years into the job.

Now, two of Rio’s most senior executives have been unceremoniously sidelined: Alan Davies, chief executive of the mining giant’s energy and minerals unit, was suspended, and Debra Valentine, legal and regulatory affairs group executive, stepped down. It has been claimed Rio paid US$10 million in bribes to the Guinea government. Davies has spoken out, claiming he has been given no clear reason for his suspension. The company would have us believe that no one else knew. Pull the other one, and this doesn’t look like it’s over.

As usual with the secretive Rio (and the rest of the corporate world), we are really none the wiser as to how all this happened.

The background to Simandou is complex, but the simple version is that both Rio and Brazil’s Vale had curried favour with various, generally corrupt, governments in the west African nation of Guinea over the years to secure rights to mine the massive iron ore deposit with “dig or leave” type clauses. Vale was forced to hand the best bit of Simandou over to Rio.

[Rio Tinto v Bulga: how a small NSW town is taking on a mining multinational]

Under pressure to develop it or lose it, Rio entered into three “join venture” arrangements with Chinalco, as part of the peace plan designed to ensure it remained one of China’s biggest ore suppliers. Of the three deals, only Simandou was ever really worth anything, and it was always extremely risky.

Not only were money-hungry African governments involved, but the project itself required a lengthy train track through African jungles — the shortest, cheapest option being through a third country.

There was little sign that anything was wrong publicly (you have to love the way companies like Rio treat Australia’s continuous disclosure sharemarket rules) for quite some time. In May this year, Rio was still heavily touting the project and, with iron ore surging towards US$80 per tonne for the first time in some years, the project looked more feasible than ever.

The slow train wreck of bad publicity started in June, when Rio CEO Jean-Sebastien Jacques stepped in and put the project on ice. Then, in late October, Rio sneaked out the very barest of statements, saying Chinalco would pay it about US$1 billion for its stake. Reports indicate Rio has spent about US$3 billion on the project.

Former CEO Sam Walsh is not a natural quitter — quite the opposite — and that’s a very short time at the top of large corporate, especially for someone who has been hankering after the job for so long. It was generally assumed that, having done his job slashing costs in the company’s iron ore division, which is the engine room of its revenues and profits, Walsh was being eased aside for someone who would focus on mergers and acquisitions opportunities.

Yet while Jacques has flogged off a few coal mines, last week he undertook to bank US$5 billion in productivity improvements, eschewing mergers and acquisitions in an announcement that looks very much like business as usual, and is meant as a distraction from the embarrassment in Africa.

Jacques has offered nil support for either Walsh or his predecessor — the affable but out-of-his depth Canadian Tom Albanese, who was eventually shown the door when his $4 billion Mozambique Riverdale coal venture turned out to be a dud. The Simandou scandal unfolded from 2008, so it was very much on both their watches — but Walsh both initiated the project when running the iron ore division and stitched up the deal with Chinalco.

Albanese was replaced by Walsh in 2013 after chairman Jan du Plessis, a diminutive South African with plenty of bite, was called in by the board to chair the company in 2009 and to clean up the mess after Albanese’s disastrous 2007 top-of-the-market $38 billion Alcan purchase, which allowed Chinalco in as a white knight to prop up the then-teetering group. The shit hit the fan when Rio walked away from a deal that would have doubled Chinalco’s 9% stake — leading to the arrest and jailing of its salesmen, including Australian Stern Hu, who remains incarcerated in Shanghai.

Most of the Simandou disaster unfolded on du Plessis’ watch. As it’s at an early stage, it’s more about opportunity lost, but it’s yet another black mark on Rio’s awful governance record offshore. As the saying goes, the fish rots from the head down, so it’s time for du Plessis to do the right thing and call for the pipe and slippers and for some board renewal, including finding someone to head the Rio board that understands the words “corporate governance”. 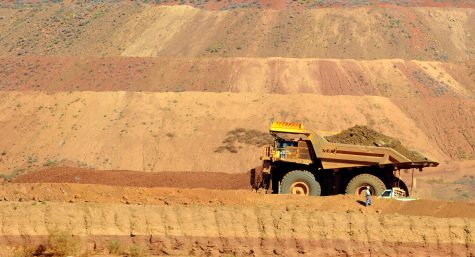 Blame it on Rio: giant miner opens up in Africa, to the delight of China