The government will be relieved that this morning it finally nailed down a compromise on the backpacker tax with One Nation at 15%, which, apart from that small matter of threatening Australia’s agricultural, horticultural and tourism industries, has been hanging like a, well, very heavy backpack around the government’s neck for most of the year. Poor Mathias Cormann, however, will have to adjust his rhetoric. Yesterday, he told Insiders:

“We have compromised as far as we can sensibly compromise, given that the budget bottom line cannot afford a further tax cut beyond what we have put on the table. We are focused on preserving our AAA credit rating and getting the budget back into surplus as soon as possible. If we were to provide a bigger tax cut to foreign workers, we would have to recoup that either by higher taxes on Australians or by deeper cuts on the spending side in Australia. We don’t believe that is appropriate.”

The Cormannator made the comments even as the government was floating speculation it would cut its losses and agree to One Nation’s proposed 15% rate, but at least he can say no one patched his software. And let’s not forget Barnaby Joyce’s contribution last week.

We await Labor’s “free money for backpackers” policy with interest.

Tips and rumours: How low does Abbott’s manscaping go? 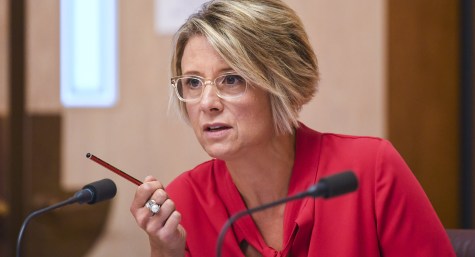 Why does anybody quote Joyce ? Hell go down as one of the biggest a’holes in climate history when the world fries, but what does he care he’ll be dead (not soon enough some would say)