The global reach of Fidel Castro's influence now has everyone rushing in for a post-mortem (and ahistorical) stoning.

Well, 2016 really is determined to be a clearing-house of modernity, ain’t it? The death of Fidel Castro at the age of 90 is being taken as an opportunity for all sorts of positionings, most of them absurdly self-serving. The US right-wing efforts are particularly remarkable, since they’re all from fundamentalist Christians who believe that he is now literally in hell, being prodded with pitchforks. Their glee is all a little post-hoc. Castro retired from power a decade ago, an event that right-wing Cuba-watchers assured us would occasion a rising in the streets. It didn’t happen then, and what was hoped for, the great repudiation, has still not occurred.

But Castro’s longevity has been as inconvenient to those from his side of politics as for his enemies. He survived 60 years past the revolution he led, 25 years past the collapse of the USSR, still lucid, still commenting furiously. It is as if Lenin had lived into the 1970s, to give his views on Woodstock and the Sex Pistols. That survival, and his intractability on political strategy and state socialism, might not only have kept Cuba stuck in a minimal transition to a mixed economy, it made a historical reckoning with his rule and life something a lot of people were unwilling to do. Thirty, even 20 years ago, a lot of people, even his enemies, were more willing to concede some points to the Cuban revolution; now, many, including its friends, are rushing to judge it without any context.

Let’s consider that context. From the late 1940s, Latin America had been caught up in a ferment, as various nations tried to throw off dominance by US imperialism and local dictatorship, enforcing the power of landed families and American corporations to deny the most basic rights and reforms — lethal arrangements that had kept people poor, illiterate and powerless, enforced by repeated US invasions and occupations from 1898 onwards. In 1951, in Guatemala, a reformist government headed by Jacobo Arbenz enacted a large land reform program, distributing locked-up lands to peasants, allowing them to become small farmers. For this, at the behest of the US United Fruit Corporation, the US government and CIA fomented and backed a coup d’etat, which plunged the country into a half-century of repression, civil war and indigenous genocide that would eventually claim 250,000 lives.

Significantly, at the time, it told supporters of Arbenz, such as Castro and Ernesto Che Guevara, that the US would not permit even mild reformism — the same lesson the Bolsheviks had taken from the brutal repression of the 1871 Paris Commune. Any chance of escaping a global system of imperialism and underdevelopment would require a full defence. As night descended on Latin America, and US backed death squads spread out to wipe out whole classes of people — teachers, union leaders — who might form some resistance, it became clear that the US plan was to keep the region in a permanent state of subjection. The Latin American left tilted towards Marxist analysis and strategy.

The Cuban revolution was part of that, and part of the global uprising against the extension of US imperialism. The revolutionaries saw the imposition of global capitalism as involving the imposition of permanent underdevelopment — as agrarian producers of cheap raw materials, making just enough to serve as a market for US industrial goods, without competing against them — and had become insistent on this point in 1953-54, with the Arbenz overthrow, the coup in Iran, and the installation of the Shah, and the creation of the puppet state of South Vietnam, after the French had been defeated.

The Cuban regime was, thus, as brutal towards its enemies as it felt it needed to be to survive — and far less brutal than many of the US-backed regimes that surrounded it. The resistance it led was against a real enemy, and it extended that resistance with the creation of the Cuban brigades, sent into Africa in the mid-1970s, when South Africa sought to extend its power over the whole of southern Africa. The pressure Cuba put on the apartheid regime was essential to frustrating its plans to dominate the region, and to the ending of apartheid itself.

When the Cold War was over, the foreign brigades were replaced with medical brigades, who brought healthcare to countries whose healthcare systems had been devastated by the imposed austerity of the International Monetary Fund. These alone have saved hundreds of thousands of lives. Cuba sends doctors to Pacific island nations, while we turn them into client-state prisons. They were going into West Africa during the recent Ebola crisis, while everyone else was rushing out. The commitment of their participants comes from a genuine socialist-humanist ethic that the regime’s existence has fostered.

But that’s really the context in which Cuba has to be understood. The Cold War in the Third World wasn’t a fight between democracy and communism; it was between imperialism and self-determination. The imperialism offered was murderous beyond all imagining; 200,000 dead in Guatemala, more in El Salvador and elsewhere, 3 million to 5 million in Indochina, three-quarters of a million in Indonesia, half a million in Iraq (the last, or latest, act of the ’50s Iran coup). Add to that the lives blighted by lack of schooling, unionisation, medical care, and then by the imposition of the “Washington consensus” debt bomb in the ’80s and ’90s, which drained local budgets of hundreds of billions, and the human toll is vast. It would have been unimaginable without resistance, and victory against it.

Imperialism had no inherent use-by date, by which it would simply wither away. What imperialism had in mind for the 20th century was an imperial apartheid planet, ticking over indefinitely. If you find that unimaginable, thank a Third World revolutionary. (And it’s the moment for my annual reminder that the funds for the CIA wing of such operations came from the same place as did the funds for the Congress for Cultural Freedom, which funded magazines such as Quadrant, whose then-editor Peter Coleman, now claims the virtue of having been on the “right side”. Tell it to the dead, Peter. The money came from the same place that paid your salary).

What Cuba provided was not merely actual resistance, but a demonstration that it was possible for small nations to defeat the beast. More than 1949 in China — a country no imperialist power has ever been able to fully swallow — Cuba showed the power of audacity. With US state connivance, the Mafia were busy turning it into a gangster client state. Recent stuff about its economic growth in the 1950s are the usual use of aggregate statistics to obscure winners and losers — the latter being almost everyone.

So, the judgement against the Cuban revolution itself, its bloody aftermath, and its subsequent lock-down is absurd if it does not occur in the context of this history. Or the effect of a decades-long blockade whose effect, once overstated, now appears forgotten. Or the Missile Crisis, in which the US had missiles based in Turkey, on the USSR border, but objected to any on its own front step.

That Cuban Leninism continued decades beyond any justification, even on its own terms, is without question. That this resulted from the political structure it imposed, which facilitated Castro’s arrogance and intransigence is not contested. Nor are the particular crimes of a certain left puritan machismo: the persecution of homosexuals and prostitutes, in the early years. But equally absurd are the comparisons, in which Cuba is slated for not being Massachusetts or Denmark. Try comparing Cuba and Haiti. Or the Dominican Republic. Or anywhere where capricious death and misery without cease stalks life.

So Fidel lived long enough for the judgement passed on his life to be one that excluded all that had served as the context of his acts. To argue against the current celebration of global capitalism and wealth creation is hard enough, but it is nearly impossible to remind people that there was a period, from 1949 into the 1970s, when millions worked to create a way in which humanity could rise itself up, without turning the world into a giant knock-off handbag factory/call centre.

Memory of that time will come again, and soon, because the liberal capitalism that announced its triumph less than 20 years ago is now in crisis. The initial beneficiaries in the West have been the right — and note how willing the champions of small government, sound budgeting, etc, are to sign up with the incoming Donald Trump administration whose Breitbart faction proposes a $1 trillion state infrastructure spending program, funded by borrowing. Much of it will be a rort, but its announcement marks the death of the legitimacy of liberal capitalism.

But those are desperate measures against a global process that is setting the system against the people. It’s a measure of the times that much of the criticism of Castro’s regime at the moment centres on its persecution of homosexuals in the ’60s and beyond — a ghastly episode, and for which Castro later apologised. This was ignored for too long by a left focused on the economic and geopolitical question. Now the latter have been relatively forgotten. They will return, I think, as the deep problems of global capitalism spread — permanent low growth, falling wage power, decaying social mobility, increasing public squalor. Sooner rather than later, the excluded will be so numerous, so under the thumb, so lacking in prospect, that interest in organised and militant political movement — one unified by notions of universality rather than divided by the media class brand-builders of the new identity politics — will reoccur. Will it look like Castro-ism? Of course not. State socialism has been dead as a strategy for 40 years. The right is celebrating the victory of one track-suited old dude in Havana, whose revolution was won a half-century ago. Some victory. Capitalism triumphant? Let’s wait and si. 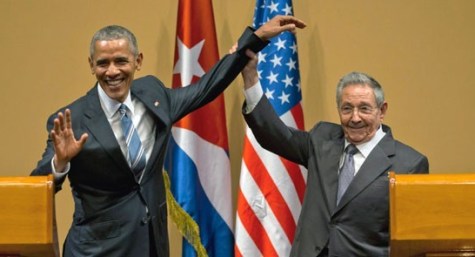 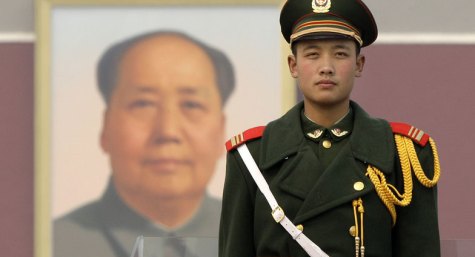 Rundle: disorder and heaven — Mao, China and the legacy of communism

Cuba, on the hunt for Hemingway

Thanks for this piece Guy
So good to read something on Cuba and Castro, that doesn’t ignore the actual history of period.