Crocs in the cabinet: the full and true account of a government gone troppo

The public blood sport that was the Terry Mills/Adam Giles governments has been laid bare by Ben Smee and Christopher A. Walsh of the NT News.

Politics, n. A strife of interests masquerading as a contest of principles. The conduct of public affairs for private advantage. Ambrose Bierce, The Devil’s Dictionary, 1911

As true as that 105-year-old observation of the nature of men and their affairs in the United States was then, so it is too for the Northern Territory today. And no greater proof of the universality of Bierce’s satirical — but nonetheless accurate — observation is needed than a dip into the pages of what for mine is the finest, and undoubtedly the laughing-out-loud funniest, book of the year that will be the stuffing in many a Christmas stocking this season. A great read for the beach, the hammock or those boring overs at the cricket.

For the Country Liberal Party — the Northern Territory’s own, and a party with a self-proclaimed right to rule — it all started with so much promise just four short years ago when Terry Mills led his party back to power after 11 years in the wilderness of opposition. But even in that first flush of victory, seasoned observers and party insiders were worried that the CLP was unprepared for a return to government and was already riven, like termite-rotted wood, with indecision, rank incompetence and internal jealousies that had the new government all-but-doomed from the start.

Now the public blood sport that was the Terry Mills/Adam Giles governments has been laid bare by Ben Smee, deputy editor at the NT News and his senior political writer, Christopher A. Walsh, in a book that documents, in excruciating detail, the tepid rise and self-inflicted fall of the worst Australian government — bar none — in living memory.

Crocs in the Cabinet — Northern Territory politics: an instruction manual on how NOT to run a government may have a clunky title and a cheesy cover but it makes up for those minor flaws in spades with the telling of a gripping tale of … well, I can do no better than this grab from the Authors’ Note:

“This book is about the fall of an empire — about the power struggles and missteps and flawed characters that took the CLP from the Northern Territory’s dominant political force to near extinction, from an election win in 2012 to holding just two seats in Parliament four years later. As the empire crumbled, the internecine nature of Darwin’s elite society was laid bare. The carnage exposed a sort of frontier Gotham City; corrupted by an interconnected web of public service fiefdoms, lawyers, judges, police, politicians, businesspeople and the media.”

Smee and Walsh note that the CLP’s parliamentary wing had no firm factions but, at least before it started shedding members like a dog with too many fleas, consisted of 16 factions of one.

“… at least seven of them made leadership bids in some form or another … seven of the original sixteen MLAs resigned from the party. There were eighteen Cabinet reshuffles and eight different deputy leaders, most of them forced out through resignations or sackings.”

The fishbowl nature of NT politics and journalism — and the minuscule size and occasionally toxic and grog-fuelled character of what passes for local political elites — means that writing politics in the NT can sometimes be a dangerous gig. Journalists get the cold shoulder one minute and a shoulder-charge the next. Trusted sources dry up because of threats and bullying, and favouritism and paranoia rule, particularly when the public service is treated with contempt by a government seemingly as fixed upon leaking against itself than running the Territory.

Towards the end, the Giles government (March 2013 to August 2016) cabinet, according to Smee and Walsh, had just gone MAD:

“… [the government] was held together not by alliances or relationships of mutual respect, but by the threat of mutually assured destruction. Forget the media or the opposition: ministers were more terrified of salacious information turning up in the hands of their colleagues.”

Crocs in the Cabinet is proof, if it was ever needed, that Smee, Walsh and their colleagues at the NT News bat well above Darwin’s hot and sweaty weight, no less so because much of the book consists of their daily news pieces, columns and editorials written during the CLP’s latest run at government from 2012 to 2016.

One failing of the daily grind of journalism is that sometimes the threads that weave a whole cloth of a story together are spread across months, if not years. Crocs in the Cabinet draws those threads together into a coherent and highly entertaining account of the Mills and Giles governments that in its death throes:

“… provided a script of high farce, a fall-of-Rome epic of backstabbing and buffoonery.”

But back to Ambrose Bierce’s observations on the fundamental corrupting nature of politics.

Here is Smee and Walsh on the final days of the fall-of-Rome-on-the-Arafura-Sea:

“The Country Liberals had a great time in government over the past four years at public expense, and their excesses, poor judgement and bad decisions had finally caught up with them … No more cowboys. No more ‘little boys’. No more crocs in the Cabinet.” 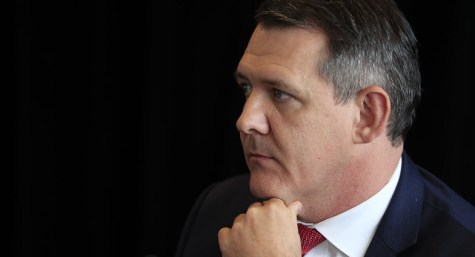 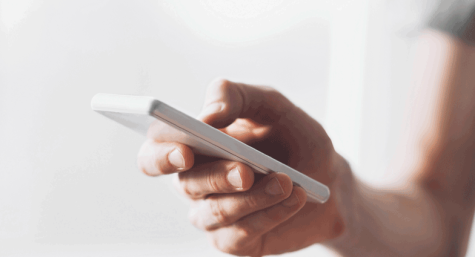 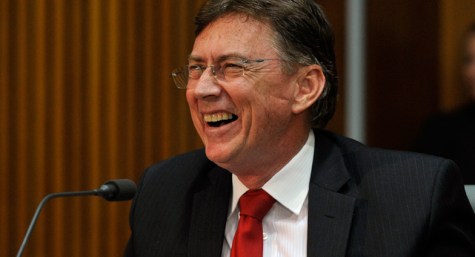 ‘Your a lying maggot Terry’: the NT govt’s greatest hits

I’ll take your word for it, but calling it the worst government, bar none, in living memory is a BIG CALL. Tony Abbott’s government scaled heights, or lows, not seen by the living, and Malcolm is trying his damnedest to get there.

Sorry, Dog’s Breakfast but for those that have lived through many a incarnation of what passed/passes for government in the Territory (me the past 35 years) he (Bob) is right. The Mills /Giles government WAS the worst BAR NONE.