Coming soon: why you should have to pay to drive

The government has announced further steps in the development of its infrastructure plans -- including a brave inquiry into charging motorists for their road use.

The Turnbull government has taken a welcome step toward road pricing by launching an inquiry into the feasibility of charging drivers to use roads.

Well, “step” is being generous, but it marks the first time the Commonwealth has even come near one of the most controversial infrastructure policy issues: how to make motorists pay for road use and congestion.

The inquiry forms part of the government’s response to Infrastructure Australia’s Australian Infrastructure Plan, released way back in February, which among many other recommendations urged an inquiry into road user charging.

Once complex and expensive to implement, urban road user charging is now straightforward given the ubiquity of mobile devices with GPS tracking that can easily enable flexible charging for road access, congestion and time-of-day usage. Such mechanisms will increasingly represent more effective means of charging than fuel excise, given improving fuel efficiency and the spread of electric vehicles. However, any such system comes with massive privacy implications. The government says it will “establish a study, chaired by an eminent Australian, to investigate the potential impacts of road user charging reform on road users. This study will help to inform governments’ decision making on potential reform options and models, noting that the Australian Government does not intend to pursue reform options that do not deliver clear benefits for the community.”

[Do politicians care about the cost of infrastructure promises?]

It’s also rejected the time frame proposed by IA for such a scheme — 10 years — and is referring instead (without even a request to excuse the pun) to a “ten to fifteen year journey”.

Genuine road user pricing — if coupled with investment to offer effective public transport alternatives — is the only realistic way to bring down the growing cost of congestion in major centres, by forcing motorists to pay the actual cost of their road usage, including the congestion cost to other motorists. However, it is politically fraught, and no government has been willing to touch the issue — not even the Commonwealth, which has no direct responsibility for urban roads.

And while the benefits of road pricing are well-established and don’t need rehearsal yet again, an inquiry examining issues such as equity, privacy and funding (especially what to do with the revenue generated) would take the matter forward beyond papers gathering dust on transport bureaucrats’ bookshelves.

The government is also inching forward on heavy vehicle pricing reform, although it’s best to remember the trucking industry wields considerable influence within the Coalition, so any reform that might offend transport companies is unlikely to get very far. It has also committed to a “a national freight and supply chain strategy” so there will be another inquiry to “examine regulatory and investment barriers as well as opportunities to improve freight capacity and reduce business costs. Once complete in December 2017, the inquiry will allow us to develop a comprehensive national freight and supply chain strategy.”

The strategy, as proposed by IA, would involve mapping supply chains and associated infrastructure, an examination of the “institutional framework supporting freight networks” and priorities for additional investment. Exactly how useful it will be, however, is an open question. There’s already a national land freight strategy and key routes map developed by the joint ministerial transport body. In fact, national transport strategies are a dime a dozen and tend to be only good for keeping bureaucrats busy and providing a basis for a ministerial press release that sinks without trace. Nor is there a commitment of extra dollars for the commitment to “work with state governments to develop urban rail plans for Australia’s five largest cities”.

That’s despite both the International Monetary Fund and the Reserve Bank calling for a “pipeline” of major infrastructure projects in Australia, funded by borrowing.

But let’s give the government the benefit of the doubt: apart from Joe Hockey’s excellent asset recycling initiative, its performance on infrastructure has so far been poor, but at least the plunge in public sector infrastructure investment under Tony Abbott has now begun to reverse itself. And any progress in building consensus around road user pricing would be a substantial policy achievement.

Report shows how Abbott can become the real infrastructure PM 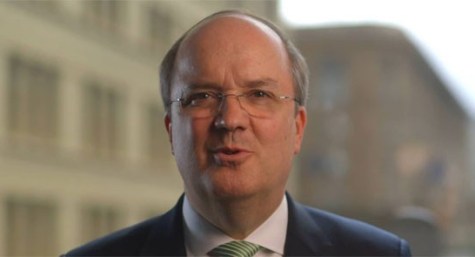 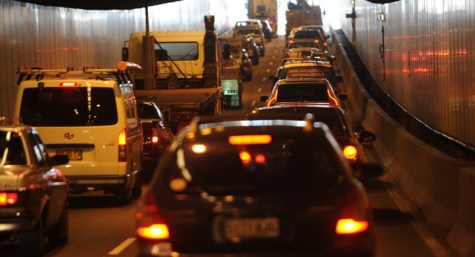 Here in New Zealand, diesel vehicles have road user charges (RUC). You buy a sticker for your vehicle to do so many units (1000km/unit), which is printed with your numberplate number and odometer from and to km validity. Diesel fuel looks circa 50c cheaper at the pump, but the cost per km comes out about the same after the RUC cost is paid. In this way, the need for non-road diesel use rebates is also eliminated (currently there is a rebate in Australia for this which everyone whinges about the miners getting as a subsidy, right? Or is that something else?).

Paying for what is used is fair, but there’s a wrinkle: damage to road surface by a wheeled vehicle goes with around the 5th power of axle loading. So the road user charge for heavy vehicles should be very high indeed. Not sure if current fuel consumption based cost structure does this – I’m guessing not, since consumption will go either linearly with load at low speeds and/or slope is the defining variable, or with the square of vehicle dimensions and square of speed if air drag dominates (say, flat highway conditions).

A privacy disaster and a win for total surveillance.

Have we learned nothing?

I’d argue that the people who propose these sorts of things have learnt a great deal, indeed.

Congestion charging is incredibly regressive, textbook “monetise and privatise all the things” and an open door for rentseeking and ticket-clipping, so it’s no surprised the neoliberals love it.

In reality, the vast majority of people have little control over when they have to do things like start and finish work, when their kids need to be at school, and all of the things that need to be scheduled around those major time blocks, like shopping and extracurricular activities.

Modifying registration costs for a distance-based free based on an annual odometer reading, with a multiplier for heavy vehicles (since they cause most wear and tear) will achieve 99% of the purported objective with none of the privacy invasion and administrative overheads. But we all know this is just an excuse to get a GPS tracker into every car so that revenue from automating speeding fines, parking fines, etc, can be increased.

Oh, and motorcycles should be basically free to register.

Yet another flat tax on the poor.

Which is precisely why it will not be contemplated, let alone implemented.