Can Labor stop right-wing extremists from co-opting the Eureka flag?

Labor MP Catherine King is attempting to prevent nationalist party Australia First from using the Eureka flag as its logo.

Labor is fighting to prevent right-wing extremist party Australia First Party from being able to use the Eureka flag as its logo on the ballot paper, highlighting flaws with the recent changes to election legislation.

As part of the changes to Senate voting made by the Coalition government before the July 2 election, parties can now register logos for their parties to be included on the ballot paper. The only restrictions are that the logo can’t be obscene, can’t be anyone else’s logo, and can’t closely resemble the logo of any other person.

But the legislation does not prevent parties from registering logos that might have significance to certain groups.

Last month, however, the AEC said its hands were tied as it had “no discretion to consider historical and cultural claims regarding the use of the Eureka flag”.

To fix that, Ballarat MP Catherine King on Monday introduced a private member’s bill that would insert a clause in the recently amended Commonwealth Electoral Act to require the AEC to consider historical and cultural claims to logos, and allow people to object to logos on that ground.

The bill wouldn’t stop Australia First Party or any other political party using the Eureka flag in any other context, just not as their registered logo with the AEC.

[Rogues, whackjobs and NQR (not quite racist): meet your minor parties]

Australia First Party, which has the flag prominently displayed on its Facebook page and website, remains defiant. Dr Jim Saleam told ABC radio earlier this week that the Eureka flag had been used by nationalist groups in Australia since the 1970s and the flag was also used in 1864 at the Lambing Flat riots fighting back against the migration of cheaper Chinese labour.

“We could think of no better flag to represent the cause of Australian nationalism,” he told the ABC.

Saleam said “Australia is being re-colonised by China” and said other parties such as Katter’s Australian Party and the Liberal Democrats had at times used the Eureka flag in their political material, but indicated he believed the “working-class component” of the Eureka flag’s history had more to do with Australia First than any other labour movement party.

The Migration Heritage Centre notes that the flag has been associated with both left- and right-wing groups in the past including “trades unions, nationalists, anti taxation lobbies, communists and neo-Nazis”.

Saleam ran in the 2016 election in the western Sydney seat of Lindsay, picking up just 1.2% of the vote.

In the United States a similar campaign has begun being waged by the cartoonist behind the popular Pepe meme, seeking to reclaim his cartoon from its association with alt-right groups supportive of US President-elect Donald Trump. 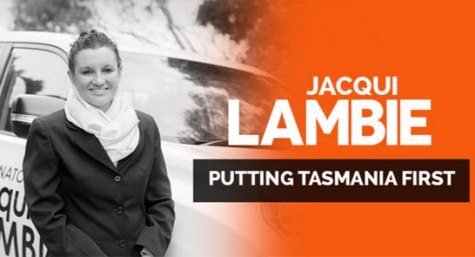 The co-opting of the Eureka flag is pretty dumb, it is like they think it is an Australian confederate flag. Our nationalists are really just American nationalists.