The problem with <em>Hamilton</em> isn’t Mike Pence, it’s that it is racist, whitewashing trash

If it is not OK to normalise hatred, and of course it is not, then Hamilton is not OK. Mike Pence is the least of the musical's problems.

Looking to invest in an uplifting musical? Hooboy, do I have a pitch for you. Cop this: we open in 1788, with a chorus line of attractive, go-getting British officials. Over the years, they face fun problems building colony infrastructure, but none so tricky that they cannot be surmounted with a rhyme. Yes! That’s right, this is a musical based on a form called “hip hop”, which is very big with the youth. But — you’ll never believe it — here’s the twist. The entire cast, from Phillip to Macquarie, is all “diverse”! We’re thinking of calling it Bligh!

Nonsense, right? Australia was a state founded through the theft of Aboriginal life and land and the enslavement of a criminal class. Unless your understanding of Australian history derives solely from a Geoffrey Blainey cruise ship lecture, this is the account you will know. While terra nullius is a foundation myth yet to be driven from the white unconscious, most consciously concede that our past was bloody. I can’t imagine Australians applauding a night at the theatre that ignores enforced sacrifice through the power of breakdancing ladies. I really can’t imagine any indigenous performer agreeing to play the role of the governor.

This, however, is the improbable success of Hamilton, currently in the news for, depending on your view, its brave or its foolish address to Mike Pence. Last weekend, the Vice President-elect was one of the 1% of the 1% able to afford a $1200 ticket to this “diverse” musical that makes no mention of slavery, but casts people of colour as slave owners. Actor Brandon Victor Dixon said: “We, sir — we — are the diverse America who are alarmed and anxious that your new administration will not protect us, our planet, our children, our parents, or defend us and uphold our inalienable rights.”

Shortly thereafter, the President-elect roared on Twitter that this was unconscionable and that the theatre should be “a safe and special place”. This, of course, is a marvelous hypocrisy from a guy whose campaign was formed in large part from the ridicule of liberal pussies, always, apparently, mewing for the sanctity of their elite “safe spaces”. For this, Trump deserves all the scorn of the social internet — a favourite: “We’re gonna build a fourth wall, folks, and make the Brechtians pay for it”.

The thing is, though, the cast has already played to plenty of prominent twits. Mitt Romney reportedly loved it, and so, by his own admission, did Rupert Murdoch. Murdoch called it “historically accurate”, which is a little like praising Mickey Rooney’s performance in Breakfast at Tiffany’s as “a great leap forward for Asian Americans”. The guy who delivered the “unsafe” address to Pence plays Aaron Burr, a figure whose abolitionism is not noted at all in the musical.

Hamilton, which excuses the racist horror of America’s past merely by switching the race of its players, sounds to me like revisionist bullshit. Of course, I haven’t seen it anywhere but YouTube, as the ticket price is prohibitive. Never more so than when the cast performed for a Clinton fundraiser with some seats going for US$100,000.  This is what liberal people are so eager to defend: a play that assuages the nation’s most elite white guilt by saying that “the only thing wrong with our history is that black people didn’t own slaves, too” and then charges them up to six figures for that privilege. We can only hope that creator Lin-Manuel Miranda is using his fortune to fund an armed revolution that this time extends those inalienable rights to black and female people.

Oh, he’s orright. An actor’s got to eat, and we must loathe Miranda no more for his Wall St-friendly historical oversights that we might if an indigenous performer ever does uncritically depict a rapping Arthur Phillip. The problem with Hamilton is the same as the problem with Rent: its stupid critics.

Rent, the 1990s musical that depicted AIDS as a cheap 19th-century romance novel might depict consumption, was just doing what musicals do: settling on something to sing and dance about. Les Miserables is no reliable account of the June Rebellion and Miss Saigon is no primary source for study on the Vietnam War. It irks me personally that Rent overlooks the cruel unconcern of nearly everyone for homosexual men in the 1980s, and that it offered its well-to-do audiences the impression of having really fought in the battle for a cure. But this is Broadway. Who cares.

Well, apparently, now everyone. Hillary cares. Donald cares. The internet is ablaze with people positing Hamilton as the true test of one’s politics. Which would be OK, perhaps, if the musical itself were historically accurate to the degree that Rupert Murdoch didn’t think it was. Instead, it delivers the kind of myopic liberalism that both conservatives and the silliest progressives like. The message here is “the only problem is that there were not more black people and women in control”. If you elevate diverse persons to positions of power, then everything, even the transport and enslavement of African bodies, is OK. Hamilton really was the musical for the Obama era. It was OK that Obama expanded surveillance power, waged war, expanded free trade — apparently, something that Alexander Hamilton himself didn’t like — and deported more than 3 million mostly brown bodies, the most of any president in history. It was OK because he was diverse.

It is utter, shocking rot, of course, that Trump saw fit to comment about Hamilton. It’s a sure sign not only that he does not care much for the First Amendment, which he will soon be sworn to defend, but one that the confusion of culture with politics is not going anywhere soon. Jeez, I am sick of world leaders being judged more for their tolerance or intolerance of musicals than they are for their policies. It is this absorption, largely led by the increasingly apolitical press such as The New York Times, in what is said or performed rather than what is actually done and decided that has led to the most gobsmacking idiocy I have seen in all my adult life.

Today, thousands of journalists write about Trump that we cannot “normalise hatred”. And, yes, we might fight for our statesmen to be statesmanlike and resist the temptation to say any vulgar thing produced by the moment. But hatred has already been “normalised” in American history, as those with slave ancestors know very well.

If it is not OK to normalise hatred, and of course it is not, then Hamilton is not OK. A musical that bleaches a very savage history, which led to a savage present, by the use of actors of colour is not worth fighting for. A wall has been built by this overwhelming obsession with cultural moments: did Tony Abbott wink, did Mikey Pence “rap” along in a diverse musical that does not mention slavery? That it is painted often in rainbow colours makes no difference at all. 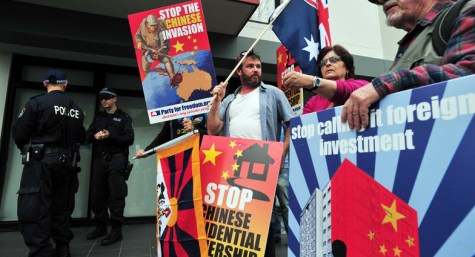 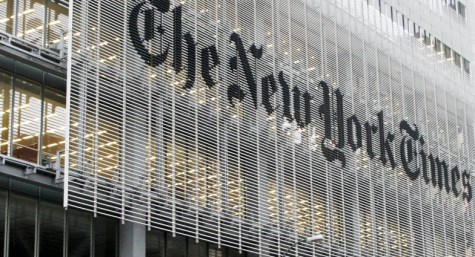 ATTN: centrist ‘progressives’. Not everyone thinks the way you do. Deal with it.

I would like to have a musical about Aaron Burr, the guy who killed Alexander Hamilton in a duel. He’s a bit of a dubious character himself – he wanted to annex parts of Spanish Texas for his own little empire – but he was definitely against slavery.

Is the person who invented musicals the same sadist who came up with owners’ corporations/bodies corporate?

You’re saying you find them about as much fun as strata meetings, ZA?

ZA – as both must have required major mind altering pharmaceuticals, I would say you are onto something!

“Hamilton, which excuses the racist horror of America’s past merely by switching the race of its players”. It does? That’s quite a stretch of the imagination.

Trump and his team have refined outraging social liberals to a fine art – they do it as an inroad to the rage of the losers of the prevailing economic order. This stokes a form of class conflict between the ‘culture/policy/educated class’ and this huge population of people whose lives, jobs, towns have been winnowed away. Why would Pence go to a play with a diverse cast who he knew would criticise him? Pence, choosing to go to a hip hop musical? Come on. Why did Trump choose to use the term ‘safe space’? These were deliberate provocations – decided upon in a meeting room – to further galvanise the rage of the culturally and economically marginalised, and to distract from other things…. say, the Trump court case. Many journos and readers have not twigged to this finely tuned magic trick.

That’s not the cast of Hamilton.