The evil genius of Outsiders

Who’s on the outside now?

Glen Frost writes: Re. “Latham the outsider” (yesterday). Why has Sky News has chosen 10am on a Sunday to broadcast Outsiders?In the last century, the broadcast industry was about delivering (transmitting) the right content at the right time and so broadcast TV timeslots were important. When terrestrial TV channels were scarce, and only available via one box, at a set time, it made sense for competing broadcasters to compete head to head in the same timeslot. That’s changed now; video has replaced TV, and we consume video on many devices when we want to, not when the TV companies deem we should. Scheduling Outsiders at exactly the same time as Insiders seems like last century’s mentality. Is it perhaps to send a message that the ABC is replaceable? A key part of right wing politics is to (endlessly) state that the role of the public sector is to only provide services where the private sector can’t or won’t – therefore, scheduling at the same time as Insiders means Bolt et al can claim that the private sector is providing political insight and the ABC is just wasting taxpayer dollars. Plus I have a feeling that the other great value from Outsiders to News Corp is generating outrage, which can then be reported on by The Australian the next day, and the day after etc; it’s a right wing transmedia content creation strategy. Very clever. 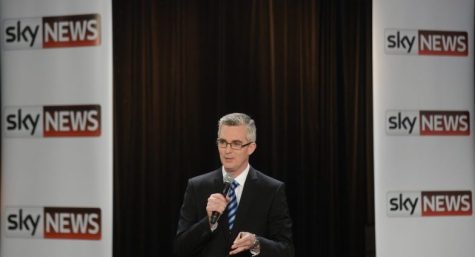 Glen, on the TV I watch, Insiders is on at 9am on Sunday – or (being in Queensland with faded curtains and no daylight saving) I can watch it at 8am on News 24. So the new Outsiders program on Sky will immediately follow Insiders when it comes on at 10am.

It will be instructive to compare Insiders & Outsiders ratings. Currently Blot can only dream of figures achieved by Barrie Cassidy’s programme.

Last time I looked ‘Insiders’ was going to air at 9.00am EST . . . so Glen, whilst I agree with most of your views in the article I think you’re wrong about the programs going ‘head to head’. Not that it would make a lot of difference if they did . . . with catch-up there’s opportunity to see both and do comparisons if you were so inclined. Not that the News Ltd/Fox/ Murdoch/ Sky News/ Neocon/ cabal has much of an audience anyway.

I’m confused, isn’t insiders on at 9-10(Sydney) followed by offsiders? No clash but can orderly transition from’left’ tô ‘right’…