What glows in the dark and has four penises?

Crikey intern Rachel Robertson takes us through 10 of the oddest animals recently discovered.

No, not a gay double date at a Chernobyl rave. In fact, the answer is two-fold: the first is a neon turtle and the second is a poison-spraying millipede. And the exciting thing is that these are some of the less weird animals recently discovered. 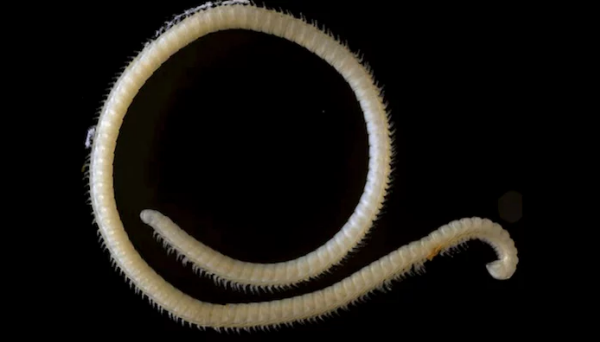 With tiny hairs that secrete silk and 200 poison-spraying glands, illacme tobini is an ambidextrous creature. Four of its legs secretly double up as penises for extra reproductive ability.

Talk about being in two minds, this double headed neon slug possesses both male and female sex organs.

Apart from looking like God created it on LSD, the slug also squirts toxic goo to fend off potential predators. 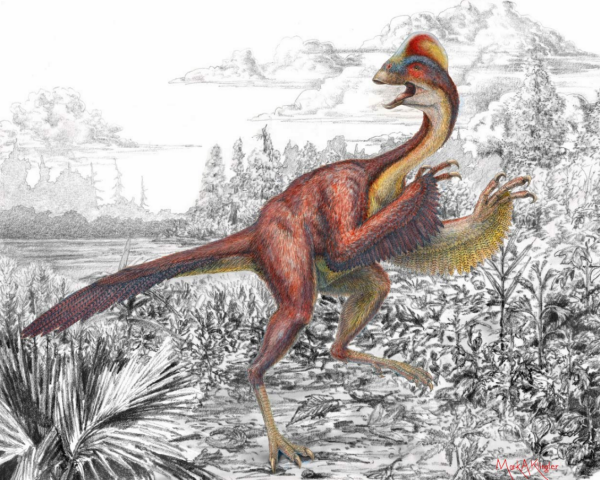 A three-metre, 250kg chicken-like dinosaur was recently discovered to have existed in North America. With feathered wings, a bony head crest and a beak, the Cretaceous-era creature resembles a super-sized chicken. We’re kind of glad it died off millions of years ago.

4. Dendrogramma enigmatica — mushrooms that are animals

So weird scientists can’t even figure out how to classify them, the body of these things has a stalk and a mouth. The mushrooms are a deep-sea mystery, which resemble some kind of jellyfish-mushroom hybrid and hang around off the coasts of Victoria and Tasmania.

The bioluminescent turtle joins a number of acid trip-like underwater creatures including a neon shark. The divers who discovered the turtle reported that it came over to them to “say hi” — attracted by their blue lights. “It was just hanging out with us,” one of them said. 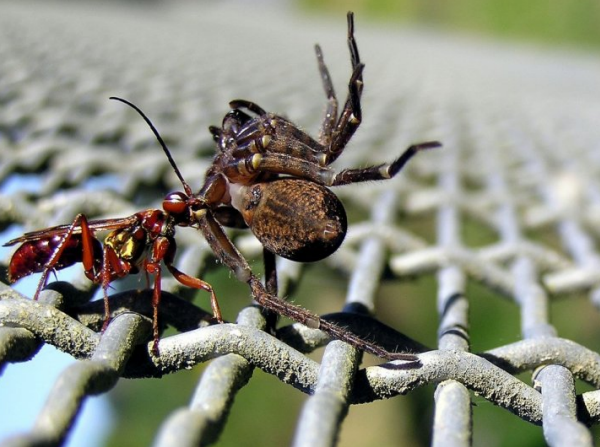 6. Deuteragenia ossarium — a wasp that uses ant corpses as weapons

The wasp collects dead ants and weaves them into a nest, which protects the wasp from outside predators. While dead ants are known to have an ominous odour — IFL Science online magazine describes the smell as blue cheese and pina coladas gone bad — these wasps don’t seem to have a problem with that. Oh, and it also eats spiders several times larger than its own body mass.

7. Lasiognathus dinema — an anglerfish that lives in darkness under crushing weight and has a fishing rod on its head

This recently discovered species of anglerfish, found off the gulf of Mexico, lives between 1000 and 1500 metres underwater. A fleshy stalk acting like “bait” protrudes from its head to attract prey, like a fishing rod would. What’s special about this species? Well, according to US oceanographer Dr Tracey Sutton, the finding confirms how vastly incomplete our knowledge of marine life actually is.

8. Proneotermes macondianus — a termite named after One Hundred Years of Solitude by Gabriel Garcia Marquez

The German scientists who discovered the species used the Spanish-Columbian word “macondiano(a)” in naming it because the word refers to an event so incredible, rare or surprising that it could only happen in the fictional, supernatural universe of the novel.

The termite is not considered a pest and lives only in the wild, preferring tropical rainforests.

The shrimp is a tiny 7-8mm and is believed to have travelled  from the Philippines to Pearl Harbour in the US by a Navy vessel.

American oceanographer Dr James Thomas named the creature after the English singer-songwriter Elton John because Thomas enjoyed listening to his music in the lab.

“When this unusual crustacean with a greatly enlarged appendage appeared under my microscope after a day of collecting, an image of the shoes Elton John wore as the Pinball Wizard came to mind,” he said.

Why be green when you can be multi-coloured? Also known as the “graceful tree frog” this species has orange hands and bluish-purple thighs. Its low-pitched croak has been described as a growl, which doesn’t entirely fit the image of “graceful”, but we’ll let the scientists decide.

Animals don’t glow in the dark when they are irradiated. However, Pierre Curie made a party trick out of carrying in his vest pocket a vial of radium salt solution so concentrated that its Cerenkov radiation glowed blue in the dark. Its daughter is radon, which in turn decays with penetrating gamma rays. In the last months of his life he became chronically ill, possibly for that reason. Eventually he failed to get out of the way of a runaway horse. Perhaps there is a street in Paris that still blows blue in the dark.

Back to your original question Rachel :- “A shrine to the Abbott Rump”?

Have any xenobiologists yet had a chance to classify the Orange Ogre prez elect?