Trade agreement deliver few benefits that simply removing our tariff barriers wouldn't provide -- and doing the latter is much quicker and cheaper.

With the Trans Pacific Partnership dead — quite possibly the only good thing that will come of Donald Trump’s election — thoughts are now turning to other possible trade agreements for Australia. That means more acronyms, like RCEP (Regional Comprehensive Economic Partnership), FTAAP (Free Trade Area of the Asia Pacific), which is now being spruiked by Trade Minister Steve Ciobo — who has discovered his international passport to trade negotiations is now the political equivalent of a toilet brush. Labor’s Jason Clare today talked of APEC — which back in the Keating-Clinton years was a beacon of hope for free trade, as those with long enough memories will recall — bringing China and the US together. Dream on, Jase.

Before we rush on to the next acronym, it might serve to work out exactly what the TPP failed: because US voters saw no benefits in it, only the threat of more lost jobs. And the so-called “elites” hated it too, because it was conducted by trade negotiators in league with large corporations behind closed doors, with no transparency or accountability. The only drafts of the TPP we ever saw came via WikiLeaks. Our own government steadfastly refused to allow any independent assessment of the TPP, terrified it would reveal the truth — that it had negligible benefits for Australia and opened us up to constant litigation by multinational companies.

Any new agreement would be negotiated by the same trade bureaucrats who negotiated the TPP, with the same secrecy and the same refusal to allow independent analysis. But apparently a change of acronym would do the trick.

While it might be appealing to the overpaid economic illiterates of DFAT’s Office of Trade Negotiations to fly around the world business class engaged in years of negotiations, it might be worth stepping back and wondering why we bother with bilateral and small-scale multilateral trade agreements. Both sides pay homage to them; Labor prefers multilateral agreements, the Coalition bilateral agreements, preferably ones they can use against Labor as a wedge tactic, but both agree that they’re A Good Thing in principle.

The Productivity Commission disagrees. In its important 2010 study of Bilateral and Regional Trade Agreements, it dismissed any benefits as small. Among its findings about BRTAs:

“… are likely to increase trade flows between partner countries, but at some expense to trade with other trading partners. The analysis also indicates that this would be particularly so when remaining tariffs are high. Despite the potential for increased bilateral trade flows, once account is taken of the offsetting effects of trade creation and trade diversion and the resource allocation effects associated with changes in trade, the resulting changes in economic activity and income are likely to be small.”

“… the direct economic impacts from services and investment provisions in Australia’s BRTAs to date have been modest.”

And because DFAT — which was furious that the commission was daring to assess its handiwork — refused to give the PC details of the huge costs involved in negotiating such deals, we don’t know what the direct cost is even for the government alone. But what if there were a way to secure the benefits, even if limited, of trade agreements without the expense of negotiating them, or having to wait years for the deals to be completed? Amazingly, there is.

The bulk of the economic benefits from trade agreements don’t come from increased exports. For the most part, that just pushes exports around from country to country — provided, of course, our trading partner’s trade agreement with another country doesn’t undercut any gains we got in our deal with them. Obviously that doesn’t gel with what we’ve been hearing from the government for the last three years about the extraordinary and massive benefits from increased access for our exporters to China, South Korea and Japan. But removing domestic barriers to imports of goods and services delivers more benefits via greater competition, redirection of resources to more efficient sectors and lower costs than increased exports to individual markets; as the PC put it, “domestic liberalisation also secures the majority of benefits available from trade liberalisation, regardless of existing trade and investment barriers abroad”.

The PC’s modelling back in 2010 showed that the benefits of unilateral liberalisation were 10 times greater than a free trade agreement with a small country, four times larger than a deal with a large economy and about two-thirds of the benefits that would accrue from a comprehensive trade deal involving a vast region like APEC.

There are two small, easy examples of this: removing the punitive tariff on secondhand car imports (which the government, in spite of its war on the automotive industry, has kept) would be a huge windfall for consumers, allowing them to import quality secondhand cars at much cheaper prices. And abandoning our current fixation with blocking the importation of cheap steel would be a big win for our construction sector. And in both cases, appropriate safety regulation can address any concerns about the quality of cheaper, imported products.

This is the traditional Aussie way — we undertook most of the dismantling of our trade barriers in the 1970s, 1980s and 1990s unilaterally, not as part of some deal or bilateral deal, and have been reaping the benefits ever since — something we now seem to have forgotten in the focus on trade agreements and a constant search for new acronyms. 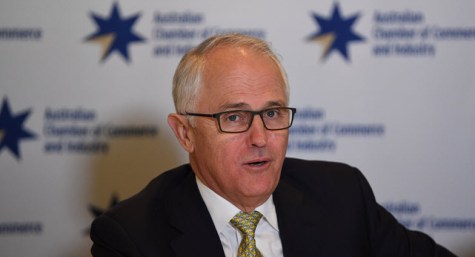 It’s a relief to read such common sense re the value of trade agreements. Why our politicians are so keen to push them remains nothing short of a mystery.

Can it be something as basic as their enjoyment of trade missions, boarding the gravy train of international travel at taxpayers’ expense?

Trump may well have saved us from ourselves. Of course he may damage us in other ways…

I suspect it’s their ceaseless hunger for “announceables”, ie something that can be splashed across headlines. Certainly the benefits seem dubious.

And how about the pharmacy cartel while we’re at it…

That’s better BK, so much more like rational economics. Indeed, it is very hard to see a reason for us to get into any trade agreements other than helping the government of the day try to look like it was doing something, without actually doing something useful.

But I still baulk at eliminating tariffs based on the anti-dumping principle. If we import steel from China cheaper than the ore we sell them, then perhaps there is something other than market forces at bay. Same for various farm products which are rarely produced more cheaply than here but somehow arrive after 10,000 kms shipping at a price half of what the local producers do. Anti-dumping is a free trade protecting measure, if done correctly.

And yes, the steel thingy can partly be met by comprehensive grading of quality, and ensuring that appropriate quality steel is used for each type of construction. I have no problems with that at all.

The second hand car thing, well that was always a policy looking for a reason to exist, and now that we no longer produce any cars here I fail to see what benefit there is for us, the consumer or the nation. Easy enough to insist that countries have to meet safety conditions there, but I think Japan and Korea and Europe might be well advanced of anything we were producing here, so again, a policy looking for a reason backbone to shiver up.

But why not look more closely at competition within Australia, and all the anti-free trade practices here. Not so hard, pharmacy already mentioned, doctors unions and particularly specialists cartels, and no better example than the lawyerly industry, where closed shops are rife. The benefits there would far outweigh what we could make from free trade anything.

Tariff-free importation from foreign manufacturers operating in debased countries where workers are forbidden to press for better wages is used by investors (who acquire wealth without personally creating any) to bring pressure on Australian award wages, which have taken many years of struggle by those who personally create wealth (goods and services) with their own hands and brains, to achieve in the teeth of investors who allocate wealth which others have created.
The much vaunted “level playing field” could be restored by “Make-Up” tariffs calculated to correct for the price advantage obtained by foreign factories through ripping off cowed workers.

I can’t see the argument here. A tariff on foreign imports from developing countries would dampen the damand for products made by those poor people. How exactly this would help anyone involved I don’t know (other than making Western consumers feel like they’re doing something).

Stopping the export of manufacturing jobs. Removing the pressure on Australian workers to enter their wage and working condition standards into artificial competition with foreign workers whose low wage conditions are enforced by companies that can get away with it in authoritarian countries with poor human rights and no real unions. Make-up tariffs would be reduced if and when wage deficits were reduced by the foreign employers.

You could equally argue that tariffs are the artificial barrier that warrants removal.

Manufacturing’s declining share in the Australian economy has been made up by a rise in the service sector (providing jobs that are cleaner, safer and better paid).

In the developing world, manufacturing is replacing subsistence farming as a source of income for the worlds poor (again providing safer, cleaner and better work).

Good idea about measuring the quality of steel that according to you we must import because it’s cheaper, but why is it not done already? We already know that other Chinese building products are not what they say they are (asbestos free), so how is it going to be regulated? Better to have anti dumping until a way is found I say.
The medical specialist ‘cartels’ is a better one to attack, if the govt was really interested in reducing Medicare costs they would do better to have a go at some of these blokes than GPs I reckon.