Because something needs to be done about the autocratic, 77-year-old billionaire.

After Gerry Harvey went rogue at his Harvey Norman AGM inside Sydney’s Tattersall’s Club on Monday, the question now being asked in investment circles is: what do we do about Gerry Harvey?

When an autocratic 77-year-old has control of a public company that is grossly under-performing its main rival, JB Hi-Fi, how should the 12,000 minority shareholders respond?

These independent shareholders have now revolted on governance issues at 11 AGMs in a row, but nothing seems to work when it comes to persuading Harvey to mend his ways.

You have to go all the way back to 2005, when Harvey was 65, to find a Harvey Norman AGM with more than 90% in favour of all resolutions. And that’s despite the insiders controlling almost 50% of the shares on issue.

The most consistent feature of recent years has been big protest votes against the non-independent directors, which have rolled out as follows:

No other ASX200 company, even including perennial recalcitrant Cabcharge, has notched up such a long list of protest votes, but if anything Harvey is only getting more belligerent.

After the Australian Shareholders’ Association yesterday issued a statement calling for new auditors and a new independent chairman, Harvey interrupted his horse-selling activities in New Zealand to claim it was time to abolish the AGM altogether.

This was just one day after he’d put in arguably the most insulting performance ever seen by a major Australian public company chairman as he called shareholders “stupid”, told them to leave the meeting and even used the phrase “piss off”.

The rest of the directors were watching this performance looking quite embarrassed, but what are they going to do about it?

It really is time for some of the regulators and external players to get involved.

If the board ignores endless “against” votes, you need to try something a little more impactful.

The answer here is pretty straightforward: we need new independent directors, far greater transparency and a major push with the non-Harvey power players in all of this — namely the ASX, ASIC, the auditor, professional indemnity insurers, media and proxy advisers.

In the short term, the goal needs to be an audit tender to replace Ernst & Young, consolidation of all the franchisees in the February accounts and the appointment of several new independent directors.

But there are a range of other disclosures that need to be improved. If the Harvey Norman property portfolio really is that lucrative, where is the list of properties, complete with valuations?

And why wasn’t Harvey’s chairman’s address at the AGM lodged with the ASX?

Harvey made a series of contentious claims about the accounts that should be followed up in writing with ASIC and the auditor, but there isn’t even a transcript or audio file of the AGM debate being made available. 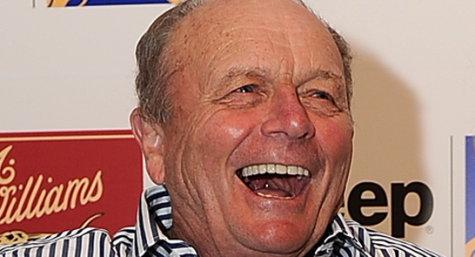 Mayne: can a board spill vote jolt Gerry Harvey into some governance reform? 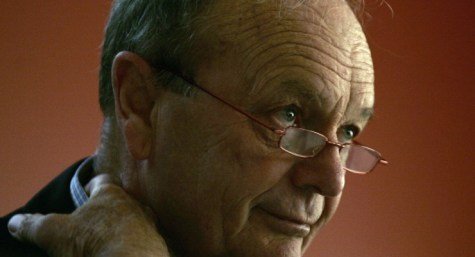 Thanks for reporting on this bizarre corporate behaviour, Stephen.

I wonder if any other journo in Oz has dared to challenge Harvey’s cavalier attitude & accountability to detail.

Or you could just sell your shares