Time for another look at 457s

General Manager, Corporate Affairs 7-Eleven Clayton Ford writes: Re. “Protectionism turns its ugly gaze on 457 visas” (yesterday). I refer to Bernard Keane’s story yesterday in which he refers to “the foot-dragging reaction of 7-Eleven” in response to wage underpayments.

As soon as the underpayment of wages within our franchisee network was uncovered, 7-Eleven stood up and committed to restore individuals to their full wage entitlements. In establishing the Wage Repayment Program (WRP), we moved to take full accountability for this restitution, and implement a comprehensive, fully documented process to ensure legitimate claimants are paid as quickly and as fairly as possible. To date nearly $50 million has been paid to almost 1300 claimants. We continue to be encouraged that the rate of both claims and payments have increased, and continue to encourage any legitimate claimants to come forward.

Over the past year we have also made a significant investment in industry-leading initiatives across our franchisee network, including a bio-metric time clock system and centralised payroll system, and a significant increase in field-level investigation and compliance activity. We have also used our experience to propose a range of critical industry reforms to underpin standards and entrench ethical behaviours across Australia’s franchise sector. While these endeavours continue, ‘foot-dragging’ is neither a fair or accurate description of 7-Eleven’s response.

David Irving writes: You’re wrong, Bernard. The 457 scheme has always been rorted. Before I retired, I was a computer programmer. I can clearly remember being annoyed by claims that mine was an occupation with too few Australians available at times when I was unable to find work. It’s more that employers couldn’t find people prepared to work for low wages.

While it’s true that there are sometimes genuine shortages in particular trades and other skilled occupations, that’s largely because the Australian business community generally has abrogated its responsibility to train people for its future requirements. Too many members of the AIG are parasites, unwilling to pay the true costs of labour, instead preferring to poach workers from other countries.

Why are ex-employees filing a class action against 7-Eleven? 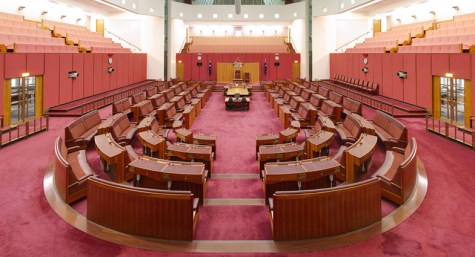 “While these endeavours continue, ‘foot-dragging’ is neither a fair or accurate description of 7-Eleven’s response.”
Oh bugger off, slavemaster. You lot built a franchisee structure that systematically enslaved grown ass adult human beings. I say adults, because the government didn’t make child labour legal, otherwise I bet you would have enslaved them too.

Ok, let’s award 7-Eleven a point for redressing the exploited wages of its menial employees.

And lets deduct 99 points for 7-Eleven operating an easy to rort slave wages system & supposedly not being aware of the cancerous unethical practices within their organisation.