Leaving people behind is bad for them and the whole community. If we allow that to continue, the Trumps, Farages and Hansons of this world will prosper with their bigotry and phony solutions, writes former head of the Department of Prime Minister and Cabinet John Menadue.

Donald Trump prides himself in being a change agent, but he really wants to restore the past and protect privilege. He will also do a great deal of social damage.

Analysis of the US election tells us that many American working-class whites were sick of elites, whether they were in business, the media, Wall Street, the banks, political parties, government or Washington with all of its special interests. These Americans in the rust belt states around the Great Lakes felt that the elites were not listening to them and that the political left was more concerned about culture wars and gender politics than the dignity of work. They knew that globalisation and trade agreements brought great benefits for the 1%, but they were left behind.

We are seeing this same pattern repeated time and time again. It is the same rebellion that we have seen through Marine le Pen in France, Beppo Grillo in Italy, Pablo Iglesias in Spain and that very unattractive Nigel Farage in Britain.

On my blog I have carried many articles on the gathering storm of globalisation and its handmaiden, neoliberalism with its ideological commitment to free markets and small government.

After Brexit, Theresa May, the new Conservative Prime Minister in the UK, made a quite remarkable speech to her Conservative Party Conference. She said:

“It’s time for a new approach that says while government does not have all the answers, government can and should be a force for good; that the state exists to provide what individual people, communities and markets cannot; and that we should employ the power of government for the good of the people. Time to … embrace a new centre ground in which government steps up — and not back — to act on behalf of us all. Providing security from crime, but from ill health and unemployment too. Supporting free markets, but stepping in to repair them when they aren’t working as they should. Encouraging business and supporting free trade, but not accepting one set of rules for some and another for everyone else.”

“[We need] increased investment in affordable housing and infrastructure; a new industrial strategy that invests in industries of strategic value to the economy; good public schools for everyone; and social reform to reduce poverty among ethnic minorities and increase opportunities for everyone to attend college, including white working class boys who are less likely to go to university than any other group in society. … Where markets are dysfunctional we must be prepared to intervene.”

‘The central tenet of my belief is that there is more to life than individualism and self-interest. We form families, communities, towns, cities, countries and nations. We have a responsibility to one another and I firmly believe that government has a responsibility too.”

There may be many slips between the cup and the lip, but Theresa May makes a great deal of sense. What a relief.

Unfortunately the Australian government still keeps to its ideological blinkers — more privatisation, small government is the best form of government, tax cuts for the rich will trickle down to working people, and as Scott Morrison says, we don’t have a revenue problem, we have an expenditure problem. Malcolm Turnbull still keeps repeating his nonsense about “jobs and growth”.

Whenever the question of redressing inequality is raised, the invariable response of John Howard and his followers and the Murdoch media and the Australian Financial Review is that it is all about the politics of envy. It is not. It is about justice and fairness, and we will ignore that at our peril.

The Turnbull government is prejudiced about the role of government in the way expressed by May. The Liberal Party platform says that “only business and individuals are the creators of wealth and employment”. It sees government as a burden rather than a contributor to the common wealth.

The most successful economies in the global world are the Nordics, but they have large public sectors. Economic success and small government do not necessarily go together.

We have done better than most countries in ensuring inclusive growth, but we cannot take it for granted. If we are to better respond to the challenges of globalisation and technology, and reap the benefits that go with that, we need to ensure equity for all. The key to that is an effective government that is able to civilise capitalism. It needs a comprehensive agenda.

Leaving people behind is bad for them and the whole community. If we allow that to continue, the Trumps, Farages and Hansons of this world will prosper with their bigotry and phony solutions.

If we are to benefit from globalization and technological change, it must go hand in hand with building a fair and equitable society. There is no alternative as we are seeing in country after country.

We learnt from the bitter experiences of the 1930s and 1940s that for the common good capitalism had to be tamed. Reagan and Thatcher took us down a different path, and we are now paying the price. Theresa May understands this better than most. Maggie Thatcher must have been turning in her grave in hearing what Theresa May had to say about the important role of government. 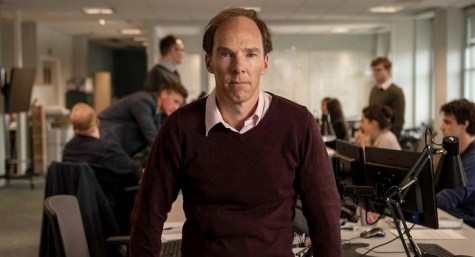 What can a movie about Brexit tell us about Scott Morrison’s Australia?

Thank you John Mendahue, once again, for another great contribution.

The Nordic countries are the best performing countries (not by GDP/Growth) but by equity of the population in the success of the country. Everyone has skin in it, also here in Australia. Why some Australians want to hijack that and leave people behind, is a mystery to me.

Unless we don’t shoot the fallen behinds we either ensure the rate of crime to shoot up or the safety net to grow. Something the Neo-cons are desperate to prevent.

” more privatisation, small government is the best form of government”
According to Martin Armstrong the cyclical move from public provision to private provision should peak by December 2032.

Could we not have a government with the comprehensive agenda you outline if we had better parliamentary representation via multi-member electorates?

Thank you Mr Menadue. This is rational economics, rather than liberal economics that Bernard Keane finds so appealing.

How hard would it be for Labor to pick up these bullet points for the next campaign. You can bring in same sex marriage at the same time, but this is fundamental, not just to Australia but to any western democracy, and it isn’t far-fetched or crazy, it is dead centre of the political spectrum, and it is rational and it is about the economy.

Howard and his egregious ‘politics of envy’ bullshit still leaves a smell that just cannot be cleaned up.