Voters have dramatically soured on Malcolm Turnbull as his party's leader and Julie Bishop is poised to benefit, Essential Report shows.

In July, Turnbull was the pick of 30% of voters to lead his party while Bishop was preferred by just 16%. But after four months of drift and dysfunction, Turnbull has collapsed to just 21%, while Bishop is preferred by 20%. Tony Abbott has also picked up two points to 11%; “someone else” in on 18%, just three behind the Prime Minister. Turnbull’s numbers on leadership of his party have literally halved since December last year.

Turnbull’s collapse is particularly significant among Coalition voters: he was the pick of 50% of Liberal voters in July, but is now preferred by 36%; Bishop is backed by 20% of both Coalition and Labor voters and is by far the preferred leader of Greens voters. Bishop easily leads Turnbull among female voters, 22%-17%.

But Bill Shorten too has fallen in the eyes of voters: he was, by his own standards, riding high after the election as the preferred leader of his party with 27% of voters — easily his best ever rating. Now he’s back to 17%, an even bigger fall than Turnbull. However, neither of his two most obvious replacements, Anthony Albanese or Tanya Plibersek, have benefited — the former is preferred by 12% (11% in July), the latter 14% (12% in July).

Shorten is also down strongly with Labor voters — from 51% to 37%, but also down with Liberal voters, from 16% to 8%. Plibersek, like Bishop, is the preferred leader of her party for Greens voters. Shorten leads Plibersek 16%-14% among female voters.

Voters are strongly supportive of greater transparency and tighter restrictions for political donations, but views vary across voting intention. There’s strong support for immediate disclosure of donations, caps on donations and curbs on foreign, corporate and union donations, as well as support for forcing politicians to reveal who they meet with; only full public funding for political activities isn’t supported.

Meantime support for changes to section 18C of the Racial Discrimination Act remains unchanged: 44% of voters support the removal of “offend or insult”, compared to 45% in September.

On voting intention, the Coalition is down a point to 37% and Labor is steady on the same level. The Greens are up a point to 11%; the Nick Xenophon Team (3%) and One Nation (6%) remain steady, for a two-party preferred outcome of 53%-47% in Labor’s favour. 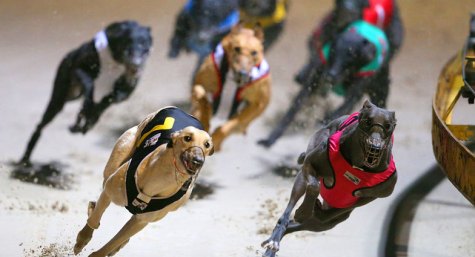 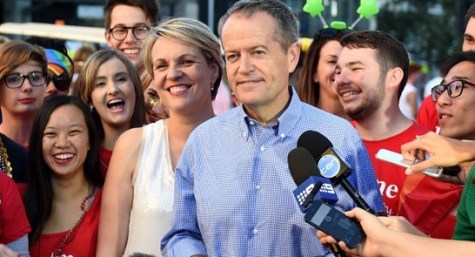 Julie Bishop is a mediocrity who gleams dimly in the sea of clownish stupidity and incompetence that has marked the Abbott and Turnbull Governments.

So let me get this straight…Bill Shorten is a bigger disaster than Talcum, but more people are going to vote Labor? 53% to 47%!
Well…that makes perfect sense…NOT!!!

Mission To Civilize
Reply to  CML

What is so hard to understand? You have this completely rudderless ship floundering and meandering from one disaster to another with no fixed tack or purpose, dizzily attempting to exploit the winds of xenophobia once again in an effort to conceal the fact that have no quantifiable plan for getting out of the vortex of inaction and ineptitude they find themselves confined within. As reeking and unelectable as Shorten may be deemed, he’s the bloke in the little dinghy drifting effortlessly by ready to ferry away anybody who’s had enough of this tiresome excursion into so-called governance.

After Whitlam, Keating, and Hawke Australian politics has degenerated so badly that some people are surprised at the poor opinion the electorate has of their mewling little displays of protest in Parliamentary Question time. Perhaps one of the reasons for this scenario has much to do with Federal politicians- failing to make sense when trying to work out why Australia lacks the balls to elect their own head of State. We don’t deserve to rule ourselves?!

As for Malcolm Turnbull, made -up to look like a cut-out from a 1950s fashion mag. His carefully crafted hair-do, as seen on the ABC, would cut a better figure than the puffed up little toady who endlessly reiterates the “all the way with LBJ” mantra so popular in the 50s. Guess who was one of the first foreign heads of state to contact Donald Trump to congratulate him on his win. Grovel, grovel.

The truth of the matter our Nation has not produced in recent decades, on either side of politics, visionary leaders of the Whitlam/Keating ilk. Good governance requires of aspirants something more than self advancement, endowment or a repetitive dialogue of diminution. The clock is ticking!

Those with talent that have been spawned have been strangled or stymied in the Party nursery – lest they make the rest of the brood look even for what they are, incompetently inept.

Julie Bishop? Seriously? The hard right dominate both the Liberal party room, and that of the coalition ‘cos then you have to take into account the residents of Possum’s Paddock led by none other than that indefatigable climate-change-denying-silly-person, Farnborough Sludge, no less. Ju-Ju Prune-Juice, the Solarium Queen, will be as likely to succeed The Turngobble as a three-toed sloth on valium, although the current state of the Government makes even that potential choice worthy of a second glance. No Mr Keane, polls be damned! It will be Dutton Muttonhead, anointed by the New Triumvirate of Oberstleutnant Abetz, Creeping Jesus Andrews, and Bestial Bernardi who shall sally forth to slay the tapeworm that is the Turngobble – blind, spineless and full of shit – and whose first act as Prime Minister will be to appoint Tone the Toole Chancellor of the Duchy of Lancaster. And The Orange Fascist with a dead skunk on his head will still be President-elect of the United States. What, me worry … ???