Foreign workers are now in the firing line as both Labor and the far right move to target 457 visas in the protectionist surge.

Suddenly 457 visas are back on the political agenda in a big way, with Labor today unveiling a set of “reform” proposals to make it harder and more expensive for businesses to use foreign workers. And Australian businesses have only themselves to blame.

Labor tried this under Julia Gillard — leading up to the 2013 election, she went to western Sydney to announce restrictions on 457 visas in an effort to tap the “fuck off we’re full” mentality of suburban communities with high immigration, mediocre jobs growth and poor, overburdened infrastructure.

But back then, the idea of Senator Hanson, Brexit and President Trump would have seemed laughable. The world has changed, and not in a good way.

Now the return of Hanson and the success of anti-immigrant, protectionist campaigns like Brexit and Trump have helped create much more fertile ground for an anti-foreign worker strategy. Hanson has already called for an end to immigration so that we could look after “our aged, sick and helpless” — evidently not knowing, or caring, that it’s immigrants who look after our aged, sick and helpless.

But Australian business has also done its part with regular reports of 457 visa rorts, as has the Immigration Department, which has been too busy running open-air rape camps on Pacific Islands to prevent organised crime from exploiting the 457 and student visa schemes.

The Abbott government first caught a sniff of hostility to 457s last year, when it announced a crackdown following an inquiry into abuses of the system. That was celebrated by far-right opponents of 457s within the Coalition at the time, but the fact that an employer outfit like the Australian Industry Group welcomed the changes suggests it threatened to do little to deter business.

Then came 7-Eleven and, more recently, Caltex, and systematic abuse by franchisees of workers — frequently Indian workers — on student and 457 visas. If that weren’t bad enough, the foot-dragging reaction of 7-Eleven and the silence from the rest of the business community merely helped the impression of widespread rorting at the expense both of the direct victims and of Aussie workers. The Business Council, for example, said nothing about either 7-Eleven or Caltex. The latter is a member of the BCA.

The 457 visa issue is trivial in terms of the overall employment picture — the 95,000 current visa holders cited by Shorten is less than 1% of the entire workforce. But the issue is especially potent in Queensland, hard-hit by the end of the mining construction boom. Townsville is where Shorten is making his 457 visa announcement today, and Labor ran a ferocious anti-457 visa campaign in northern Queensland and Mackay during the election, coming within a few votes of knocking off Flynn’s Ken O’Dowd. Another LNP member has come out today and demanded a complete stop to 457 visas in central and north Queensland.

Malcolm Turnbull’s response has been to accuse Shorten of hypocrisy, complain about Labor retreating to protectionism and try to portray Labor as favouring foreign workers by lying about its position on the backpacker tax — which, interestingly, is being clearly called out by Fairfax journalists.

Turnbull’s problem isn’t just that his own far-right colleagues are endorsing Labor’s malice toward 457 visas, but that he himself is indulging in a far more expensive and blatant form of protectionism via his local submarine building scheme.

Meantime, the employers that genuinely can’t find the local skilled labour they need will face higher costs and more red tape to justify tapping foreign workers for those skills, with flow-on effects for consumers and other businesses that use them. They’ve been caught between selfish, criminal businesses that exploited the system and a business community that stayed silent as scandals erupted, and the political reaction to the populism surging through the electorate.

This has a long way to go and it’s going to get a lot nastier. The May government in the UK, which is undertaking its own crackdown on foreign workers to protect British jobs, recently proposed that businesses be forced to reveal how many foreign workers they had on their books. What price such a measure here before too long? 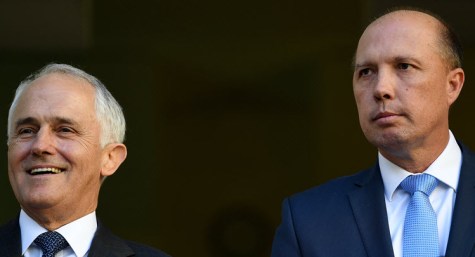 The 457 ways to keep foreign workers while pandering to racists 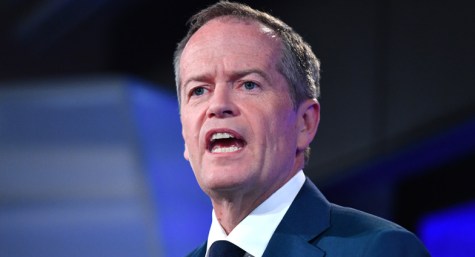 Our sordid triangle of xenophobia over 457 visas

I am far from the ‘Fuck off, we’re full brigade’, but 457 visas are a problem. I am more from the ‘Bring them here’ set.

I employ people as needed. Generally full time and whatever nationality. I have in the past sponsored one Irishman in boom conditions and no tradesmen were to be found. Right now, with many tradespeople out of work, several companies in my field are simple filling their factories full of cheap foreign labour. No apprenticeships being offered in those places and prices are unsustainable.

I have no problem with the concept of 457 visas, but the original idea of filling difficult to fill positions is not being adhered to.

Keane slipping in a jab at submarine building every issue

The 457 visas have their place when the right context and conditions present themselves. But to continue them in Australia unabated with rising unemployment is just plain lunacy.

For once I agree with Lib/Lab. The need to protect vital industries which sustains employment in this country is absolutely essential. I can understand the need for the 457 visas when necessary but anything after that is pointless and serving a strange and very foreign agenda.

Knowing how many 457 visas are issued its hardly a radical policy!

Allowing employers to rort the skilled migration program is stupid. Maintaining such a large skilled migration program when we should be training and creating jobs for the two million Australians whose desires to work are not being met is obscene. Bernard Keane’s blind obedience to neoliberal dogma is the same basic problem that has reduced the Democratic Party to a smoking heap of rubble.