How did more than three-quarters of the cash in India become worthless overnight?

Last week Indian Prime Minister Narendra Modi made huge amounts of cash across the country worthless in one move. Why would he do such a thing, and what does it mean for India? Crikey intern Tamsin Rose explains.

On November 8, while the world fixated on the US presidential election, Indian Prime Minister Narendra Modi announced he was going to take all 500 and 1000 rupee notes out of circulation in a bid to stamp out corruption.

Why are the notes being taken out of circulation?

Terrorist organisations, criminals and those who rely on political bribes all use cash in their daily dealings, to avoid electronic paper trails and hide their assets. High-denomination notes are a favourite as they provide the most bang for their buck. The physical weight and space of bigger notes works in the favour of those in dodgy dealings as they require fewer notes. Voiding the value of these higher-value notes forces these notes to either be declared or be discarded.

Modi said the decision was an attempt to get rid of the “evil of corruption”, rid the nation of black money and counterfeit cash and devalue cash hoarded by terrorist organisations.

“Black money and corruption are the biggest obstacles in eradicating poverty,” said Modi when he broke the news last Tuesday night.

What are these notes worth?

The 500 and 1000 rupee notes, worth around $10 and $20 AUD respectively, turned from valid currency into nothing more than Monopoly money overnight. There have been long queues at ATMs and banks across the country as locals rush to exchange their notes for new ones, and $58 billion has been deposited already.

Who has been affected?

Since the notes currently make up an estimated 85% of the cash in circulation across India, most people will be affected by the change. Around two-thirds of India’s 1.25 billion population live in rural areas, making access to banks difficult and leaving many with literally no valid money.

Hospitals have been exempt from the immediate demonetisation, but reports have surfaced of some hospitals turning down payment, leaving some without care they need.

Small retails operating with card machines have been immediately affected as people stash their smaller denomination notes for essential purchases until they can reach a bank.

All deposits over 50,000 rupees (just under $1000 AUD) will require an explanation. Anyone unable to explain their stacks of cash will be taxed with a 200% penalty. The money then costs people more than it is worth and they may as well destroy it — a move reportedly already being taken by some.

How long do people have to exchange the notes?

The Indian government has instituted an exchange program for people who have the currency legally, but it ends on December 30. The Old High Denomination (OHD) 500 and 1000 rupee notes instantly lost their monetary value, meaning people need to swap the money as soon as possible. Banks have increased the daily limits for ATMs and withdrawals to speed up the process, but waits at cash machines and banks have continued. Finance Minister Arun Jatley said anxious people needed to be patient as it would take a few weeks for the banks to replace their now-redundant cash.

Where can the notes be swapped?

They can be exchanged at banks or post offices. After the December cut-off date, specific offices of the Reserve Bank of India will still accept the cash until March 31 with a declaration form. For those who hold the notes overseas, they can wait until they re-enter the country if they will be there before the end of the year or authorise a person in India to deposit their notes. The Ministry of Finance said people unable deposit before the end of the year will be able to do so later with necessary documentation as may be specified by the Reserve Bank of India.

Who is Modi, the man behind the move?

Indian Prime Minister Narendra Modi of the Bharatiya Janata Party (BJP) came to power in 2014 in the biggest victory in 30 years, campaigning on the promise of a revived economy. Many allege Modi, chief minister of Gujarat from 2001, played a role in the riots of 2002, claiming he could have done more to curb the anti-Muslim violence that killed more than 1000 people.

Since he was elected India’s inflation has been reduced and the financial deficit he inherited has been contained, largely due to cheap oil prices. Despite some successes,  he has failed to make India the international financial powerhouse he was elected to create. Never in his campaign did he mention this plan to remake India’s currency, and it has been reported he needed the scheme to remain secret to ensure criminals and the corrupt could not avoid the repercussions.

While the government has not confirmed, some have hypothesised Modi chose now to strike as many have just received cash bonuses during the Diwali celebrations.

The announcement comes just a month after Modi’s government raised nearly $13 billion through a tax amnesty scheme for Indian citizens to declare hidden income and assets.

The 1000 rupee note has a volatile history in India, first demonetised in 1946 and then, after being reintroduced in 1958, it was again removed in 1978. It reappeared in November 2000, justified as effort to stem the volume of banknotes in circulation resulting from inflation.

Money is constantly being printed and destroyed, but a move this instant and drastic has seldom been taken. If a whole set of notes or coins are being taken out of circulation usually the government sets up an awareness campaign and gives people time to surrender the cash before the move is finalised. Cash is usually still legal tender, to be taken out of circulation every time it reaches a bank. No one scheme has ever deemed so much money worthless overnight. 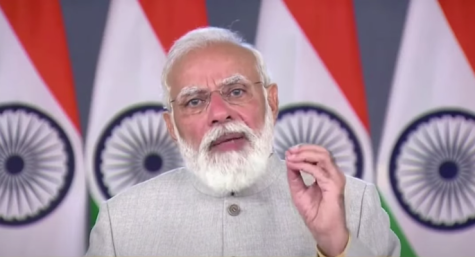 Hoards of gold or foreign currency such as AUD will be unaffected. Ironically, it will improve the markets for both.