DFAT out of Mardi Gras after Turnbull snub

The government department was set to march in the parade for the first time in 2017, but now won't be involved.

Employees at the Department of Foreign Affairs and Trade are no longer certain the body will be participating in its first official appearance at the Sydney Gay and Lesbian Mardi Gras, after the Mardi Gras membership passed a motion calling for Prime Minister Malcom Turnbull to be “uninvited” from the parade.

DFAT was planning to participate in the parade for the first time in 2017, but those plans are now on hold following reports from the organisation’s AGM. As reported in Crikey, the PM has not been banned from attending, but a motion was passed asking that the board not invite him as an official guest of the parade. Although Turnbull was invited in an official capacity in 2016, he chose instead to attend as a guest of broadcaster SBS.

The departments have not been contacted by the Mardi Gras board and are reacting to media reports, many of which mistakenly said that Turnbull would be “banned” from the parade. In the past, Defence participated in the parade based on advice from Mardi Gras that its intent and status is as a “community festival” and not a “political event”.

Government departments and law enforcement bodies have participated in the Mardi Gras parade for years, including the AFP, NSW police and other emergency services, and the Defence Department.

Mardi Gras board said on Monday that it had received “a vast amount of feedback” about the motion, and it would be one of the first items on the agenda for the new board when it meets later this week.

Defence reconsidering its role in Mardi Gras is likely to please reservist Bernard Gaynor, who has been fighting against Defence members being allowed to march in the parade in uniform for several years. 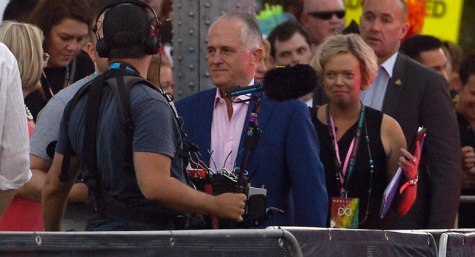 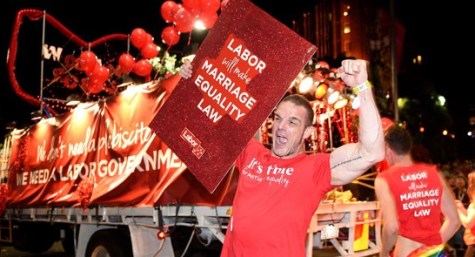 Tips and rumours: No ADF marching in Mardi Gras