Fairfax is deliberately trying to "de-unionise" its workforce, says the journalists' union.

The journalists’ union says it has “good reason to believe” that recent redundancies at Fairfax’s Melbourne Weekly Review mastheads were made as part of a “deliberate strategy to ‘de-unionise’ its workforce”.

The comments are to be delivered by the Media, Entertainment and Arts Alliance’s Carolyn Dunbar today at a farewell for the 22 departing journalists (16 redundant, six casuals who have been shown the door), who finish up today. An honour guard of Fairfax journalists is expected to farewell them as they leave the Metro Media Publishing office for the last time.

At the recent Fairfax Media AGM, chief executive Greg Hywood was asked about the redundancies. He said they were a result of fewer real estate ads, which meant “revenues into those local magazines in Melbourne reduced quite substantially”.

According to a copy of Dunbar’s comments, to be delivered shortly after Crikey‘s deadline, she will criticise Fairfax management for a “a botched and insensitive redundancy process”:

“MEAA has good reason to believe that the forced redundancies at MMP are part of a deliberate strategy by the company to ‘de-unionise’ its workforce.

“We condemn the deliberate targeting of union members and the poor way in which management at MMP has handled this entire process, which added to the distress of the affected workers.”

The redundancy of the workers, Dunbar will say, is part of the slow decline of grassroots, local reporting.

“The Weekly Review stable of papers was formed from the ashes of what was once known as the Fairfax Community Network or for those of us with an even longer memory, Syme Community Newspapers.

“This was once a strong suburban newspaper network to rival Leader with proud mastheads like the Dandenong Journal, the Footscray Mail and the Werribee Banner. They covered and informed every aspect of their communities: local sport, crime, schools, arts, business, wedding anniversaries, cracks in a neighbourhood footpath — not always the most glamorous of stories, but the lifeblood of communities.

“They were also great starting points for young journalists to learn the tools of their trade in an environment where they had exposure to any manner of subjects and issues. Many of Australia’s best-known journalists, including multiple award winners, cut their teeth in suburban newspapers, while many other fine journalists have loyally built their careers in local papers.

“But over the past decade, these newspapers suffered from a lack of investment and renewal – some were closed down, others merged or sold to new owners. Under the current management, the Weekly Review has now all but abandoned that grassroots local reporting, and that is a great loss for the communities in which they are distributed.

“We all understand that real estate and property advertising is the main source of revenue for the MMP newspapers, and it has always been that way for suburban newspapers. But we reject the way in which MMP has abandoned independent local journalism in pursuing its current strategy.”

The departure of the journalists comes almost two years after Fairfax — or more specifically, Domain — purchased the remaining 50% of Metro Media Publishing, which was founded by now-Domain boss Antony Catalano. About a year ago, the papers moved away from news reporting to a more lifestyle focus.

The weekly magazines, a source of lucrative real estate advertising, will still be printed, but they will no longer carry unique content, instead drawing articles from the broader Domain group. Subediting and production are being outsourced to Pagemasters.

Many current and former MMP staff, as well as the journalism union, have expressed grave concerns about the process by which Fairfax went about sacking most of the division. At Fairfax’s annual general meeting last week, MMP founding editor Eileen Berry told Greg Hywood he needed to ensure Fairfax showed its staff more consideration.

“I’m very distressed for my former colleagues, that they weren’t treated with the due respect they should have been given as the brand ambassadors of Fairfax. So as the business keeps transforming and downsizing… our people should be looked after. Cause they’re shareholders too. And I don’t believe that this is happening.”

Hywood responded by saying that over the past few yeas, many people had “moved out of the business”:

The process at MMP, he said, “was designed to reduce the level of anxiety”.

The union has also raised concerns around a perceived lack of consultation about the changes. In an email sent to the union (and seen by Crikey), MMP’s Trent Casson firmly rejected suggestions of impropriety. “I am genuinely perplexed to read that you feel this process has not felt genuinely consultative to you,” he wrote, before listing some of the ways the company had tried to make things easier for the departing staff. “In 20 years working in corporate I have never seen a more consultative and sensitive approach to a redundancy programme and this has been validated via other parties involved (including staff).”

Is the 2022 election result the beginning of the end for Pauline Hanson’s One Nation? 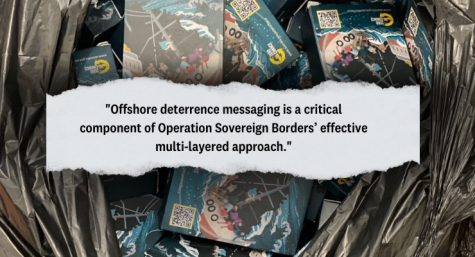 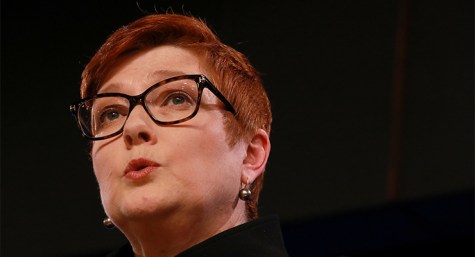