Culleton gets a win in his battle against the High Court

Embattled One Nation Senator Rod Culleton gets the High Court to update its rules before he appears before it this month.

The rules for the High Court will be updated after One Nation Senator Rod Culleton pressured the government to investigate potential issues.

Culleton used his first question in the Senate to ask Attorney-General George Brandis in September whether the High Court Rules 2004 had been in defiance of section 33 of the High Court Act 1979, because they didn’t state that all processes must be issued in the name of the Queen. Brandis took the question to the High Court Rules Committee, and quietly tabled the result of Culleton’s inquiry without speaking in Hansard (Conroy style) on Wednesday, as all eyes were on the American election.

[Will One Nation’s second-wackiest senator try to prove the High Court is null and void?]

Culleton was correct, Brandis admitted. The rules in 2004 had been examined by the Law Council of Australia, the Australian Bar Association, and a special committee of solicitors-general, but none picked up the potential issue, and it was never addressed over the past 12 years, until Culleton made a point of bringing it up. After the High Court Rules Committee examined it in October, they have decided to amend the rules to fix the issue.

The One Nation Senator, facing his own day in front of the High Court over the validity of his election to the Senate, is unlikely to get the actual outcome he wanted, however. Culleton raised the matter in question time on Thursday, suggesting it was a constitutional problem:

“Given what the Constitution provides in chapter 3(72) regarding the removal of judges, how is it possible to address the now proven misbehaviour by simple amendment without first addressing the original breach of the Constitution by the High Court of Australia in failing to take the changes effected by the High Court of Australia Act to referendum?”

Brandis said it was just a discrepancy in the rules, and not a constitutional issue:

Culleton is persisting in attempting to have the High Court “stand down” until the matter is resolved, but Brandis pointed out that the current High Court judges were not on the court in 2004 when the rules were made, and there was no “misbehaviour” to address.

His minor victory over the High Court could be short-lived. Culleton is one of two senators about to front the High Court over their eligibility to stand for election. On Thursday the High Court issued notices that both Culleton and former Family First senator Bob Day would have directions hearings on November 21, at the start of the second-last sitting week of 2016. 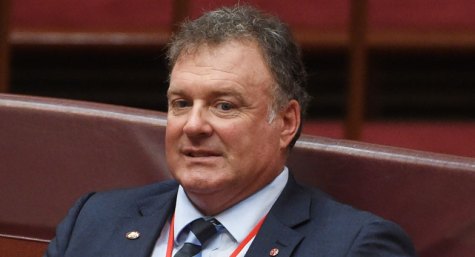 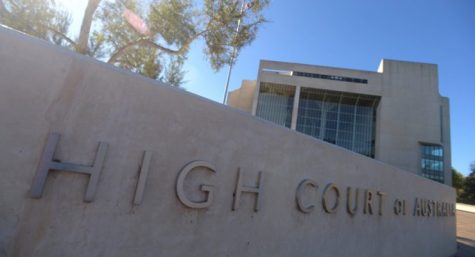