If nothing else, the US election was good for ratings.

As he showed through the long near two year campaign, Donald Trump was a killer app for US TV networks, whether it was the Republican primaries, the presidential debates, general campaign coverage and finally, election night.

In fact Donald Trump’s win did very well. The early figures show that around 71.4 million people watched coverage in prime time across ABC, CBS, FOX, NBC, Telemundo, Univision, CNBC, CNN, Fox Business Network, Fox News Channel, MSNBC, TV One and Lifetime. Missing from that line up are figures for PBS and CSpan.  But the big winners were CNN and Fox News which both out rated their free to air networks such as NBC, CBS, Fox and ABC.

But when ratings ended around 11pm (prime time started at 8pm), the race was still happening, the count was tight, Clinton was starting to slip behind and Trump was moving ahead. Mrs Clinton did not throw in the towel and concede (that came Wednesday, US time) , and Trump delivered his victory speech, around 2 AM (6 pm Sydney time).

Deadline and Variety point out that on this preliminary basis, the 71.4 million figure is up from the 66.8 million viewers who watched the primetime portion of the 2012 win by Obama for a second term. Those figures were for broadcasts on ABC, CBS, FOX, NBC, PBS, Univision, Telemundo, CNBC, CNN, Fox News Channel, MSNBC, Current TV and TV One. Obama had been declared the winner in 2012 just after 11 m, which meant the figures were just for prime time and a bit more. The 2016 race didn’t officially go to Trump until nearly 3am on the East Coast.

A total of 38.6 million people watched the coverage on the free to air channels. NBC had the largest total audience, with 11.15 million. followed by ABC with 9.23 million, then CBS with 8.09 million, Fox with 4.28 million and Telemundo with 2.02 million

US analysts point out that this has been a US fall (autumn) TV season that has once again shown the primacy of like events (despite the slide in NFL audiences in the same period). The three presidential debates averaged 74 million viewers across the three networks airing them, the first one averaging a record-breaking 84 million viewers. And the final game (Game 7) of the World Series just set a 25-year high for baseball in nabbing just over 40 million viewers.

Now I’d like to be able to bring you a firm figure on the local viewing of the US election count, but because Nine and the ABC split their coverage up across the day and didn’t code it for ratings as Ten, Seven and SBS did, it is hard to be precise. Seven had 259,000; ABC News 24 had 301,000; Ten had 125,000 and SBS had 42,000. In a statement this morning Seven said its coverage from 10am to 6pm (and at adjusted times in Brisbane, Adelaide and Perth to account for time differences, it had 259,000 viewers and Nine’s coverage averaged 226,000).Viewing rose into the late afternoon. So the national audience could have easily topped a million in the late afternoon across the channels. An indication of the high level of interest can be seen by the 5.2% share in prime time of ABC’s News 24 (and 4.4% in the regions). News 24 beat SBS’s main channel (4.8%) last night

A better indicator was that the normally news averse Ten chose to use its Studio 10 program as the basis for its coverage during the day (The panel at one stage resembled two lots of judges on the old Australian Idol because there were so many). Ten did not cover the three debates the same way, so the actual election day and country was big news. Big breakthrough: Ten takes news seriously at last? On Pay TV, Sky News topped the night with a 5.4% share (of pay TV broadcasting), while the “other channel” group (which contains lots of small, virtually unwatched channels), saw its total share rise to 7.3% because of higher viewing for services such as BBC News and CNN and MSNBC. Eight of the top 10 programs on Foxtel last night were Sky News related coverage of the US elections.

In breakfast, Seven easily won with 349,000 for Sunrise (higher than normal) in the five metros to 287,000 for today no boost) and a high 190,000 for News 24 (a noticeable boost). Ten’s 5pm news broadcast topped the half million mark (507,000) for the first time in weeks. Seven News had a big win over Nine News in Sydney and over 100,000 nationally. The evening audiences for the ABC News and 7.30 were a little higher than they have been on a normal Wednesday night.

Nine and Seven shared the honours in the metros (Nine again did well in the demos). Seven easily won the regionals and the ABC again eased Ten out of third. Nine had The Block in the advanced guides for 7.30pm. It didn’t make it to air, RBT did.

Losers: Ten another weak night and beaten by the ABC and flops like Rosehaven and the still weak Hard Quiz. 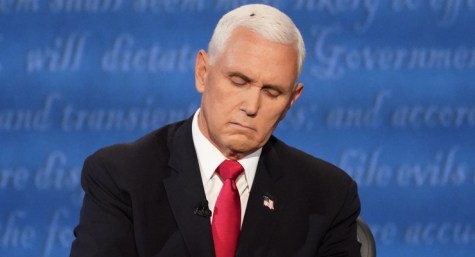