Australian broadcast media is going into overdrive for the US election, with over nine thousand mentions in the last 24 hours alone. We’ll hopefully know the result from about 3pm today, but in the meantime, Republican candidate Donald Trump appears to have gained control of his Twitter account from his aides, after the New York Times reported they had taken over in the past few days to keep him on message. Social media has widely shared a photo of Trump looking in the direction of his wife Melania’s ballot as she cast her vote, and Democratic candidate Hillary Clinton is ahead in the final exit polls. Election officials say voting machine problems in southern Utah have seen a switch to paper ballots, following a lawsuit from the Trump campaign alleging voter fraud in Nevada.

A few different issues about asylum seekers in media has seen it reach the number two spot this week, continuing to be a big issue in online news and on social media, with Opposition Leader Bill Shorten indicating Labor’s unity ticket with the government’s policy will end after describing their plan to ban asylum seekers from ever entering Australia as “ludicrous”. It all came full circle on ABC’s Q&A when a Canadian journalist likened Australia’s offshore detentions to the “racist” policies proposed by Donald Trump.

The whole issue of power generation and emissions remains a hot topic, with 400 people losing their jobs, given the huge amount of coverage compared to similar closures in other industries. The Hazelwood closure has mainly been covered in media with explainer-type articles, discussing the potential impacts on power prices and energy resources in general, from brown coal to renewable supplies, and the future for current employees.

The same-sex marriage plebiscite didn’t pass the Senate, to not many people’s surprise, with most LGBTIQ campaigners and those against gay marriage finally agreeing on something, but for different reasons. The big question now is whether the issue will completely drift out of media or whether it will stay as a low buzz until some kind of resolution is reached.

Meanwhile, news about the Dreamworld tragedy continues for the third week, with reports the theme park will demolish the Thunder River Rapids ride and reopen for summer.

I don’t like cricket! Specifically when Australia loses by 177 runs. Or for the fourth time in a row. Former Test quick Ryan Harris said Australia paid the price for moving the match from the Gabba to the WACA, which if you repeat really quickly a few times can make you forget about the result. 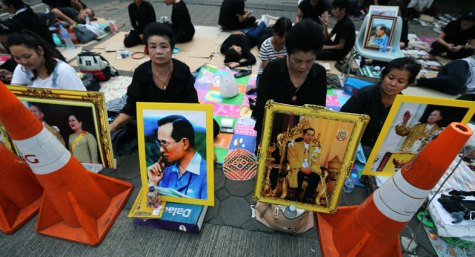