You want Yanks? Go to where the bagels are

American expats in Australia have also been "getting out the vote" with differing levels of success.

An estimated 106,000 Americans live in Australia, and if 2000 is anything to go by, they could be the deciding factor in this year’s election. But how to find them and get out the vote? Democrats Abroad Australia chairman Todd St Vrain, who is based in Sydney, told Crikey they’ve been hitting up markets and bagel stores to hand out fliers, made countless phone calls, hosted events to watch conventions and debates, and developed targeted ads.

Democrats Abroad also helped Americans (well, American Democrats) work out how to send absentee ballots and set up a a “voter help desk” chat service on their website.

What about the Republicans? What’s a Trump-loving Australian resident to do? They’ve been pretty MIA this election — a February report from the Rothermere American Institute at Oxford University found much less support for Trump among Americans living overseas. Their preferred candidate was Marco Rubio, which might explain why the Republicans Abroad Australia organisation consists of a Twitter account and an 18-person Facebook group. Republicans Abroad have never really recovered since the head of Republicans Abroad declared in a past election he would be voting for Barack Obama.

US expats set to party after casting a long-distance vote 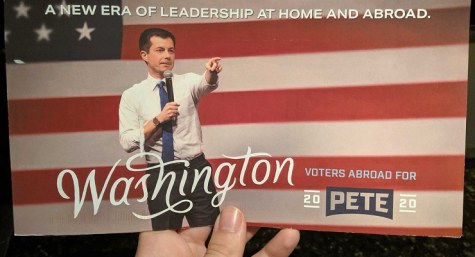