Out of the ashes of the plebiscite a new campaign begins

Where to now that the plebiscite is dead, buried and cremated?

There were just five people in the public gallery when the Senate shot down Prime Minister Malcolm Turnbull’s same-sex marriage plebiscite legislation. They were all marriage equality supporters, and all were pleased to see the what the government has said was the “only path” to marriage equality meet its end.

It wasn’t clear whether the legislation would meet its end on Monday night, with several speakers lined up and 20 minutes each allocated, but after the dinner break Labor Senator Glenn Sterle took less than a minute on his speech, indicating that the plebiscite’s demise was imminent.

Throughout the day, those in favour of the plebiscite launched a range of defences for proceeding with it. For LNP Senator Ian Macdonald, it was a promise to the people and would be on par with the carbon tax if Turnbull reneged on it. Jacqui Lambie — who this morning declared she and Pauline Hanson would propose yet another plebiscite on the matter — said she opposed marriage equality for “sacred religious reasons”, but people should have their say.

[Not-so-accidental death of a plebiscite: how the right killed their own idea]

Hanson advanced the case that she’d spoken to a lot of gay people and they didn’t want to get married.

“I am sick and tired of adhering to the minorities in this country. Let’s look at what the majority wants. That is what it is all about,” the Senator, whose party received 4.1% of the vote said, adding it would be confusing for children to say what sort of household they lived in.

“Can anyone in this House tell me: what do they call the people of same-sex in that household? Are considerations of those kids being taken into account?”

Greens Senator Nick McKim said Hanson’s point about gay couples not wanting marriage was irrelevant. As a heterosexual man, he had no desire to get married, but just the same he didn’t want that right taken away.

One Nation Senator Malcolm Roberts said that the rejection of the plebiscite was the “leftist agenda of control over freedom” and he wanted the public debate to occur, stating he would vote against marriage equality.

“My view … is that marriage is between a man and a woman in accordance with the laws of nature,” Roberts said.

[Death of the plebiscite a win for marriage equality]

As the debate wound down, Attorney-General George Brandis was outraged at the imminent defeat of the legislation, accusing senators of “playing politics with gay people’s lives”. He said the plebiscite would have allowed marriage equality to happen in less than 100 days, suggesting legislation would be passed in the first sitting weeks of 2017 if the plebiscite were successful.

In the end, however, the vote went down 29-33. Liberal Senator Dean Smith abstained in what Brandis said was the only “respectable” reason to be opposed to the plebiscite: that it was constitutionally unconventional.

In the office of Greens Senator Janet Rice after the dust settled, sparkling wine was poured from a rainbow bottle, as marriage equality advocates and senators from Labor, Greens, and Nick Xenophon Team celebrated the failure of the plebiscite and prepared for what will likely be a long battle ahead.

The debate within the LGBTI community on whether or not to support the plebiscite — although all groups in the end ultimately opposed the plebiscite — led to divisions that will need time to heal. Advocates Crikey spoke to about it suggested that the new common cause of the battle to get a free vote in Parliament this term should go some way to heal the wounds.

Marriage equality advocates Rodney Croome and Shelley Argent, among those who witnessed the death of the legislation said that their focus would be on a cross-party bill to be introduced in the Senate.

Australian Marriage Equality co-chair Alex Greenwich said on Tuesday morning that he would be seeking a free vote in Parliament but admitted it could take “weeks or months” for the issue to move. Brandis indicated the plebiscite defeat would put the issue off for years.

The Australian Christian Lobby is also pleased. Managing director Lyle Shelton tweeted that it gave his organisation more time to explain the impact “abolishing gender diversity” from marriage would have.

Turnbull might be tempted to put the matter to the people at the time of the next election to bring an end to the process for several reasons, mainly because it would mean he wouldn’t need to pass legislation to enable the plebiscite. But that would mean no public funding for the Yes and No sides. 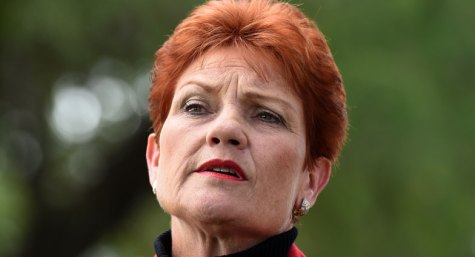 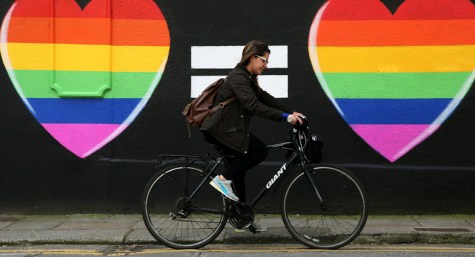 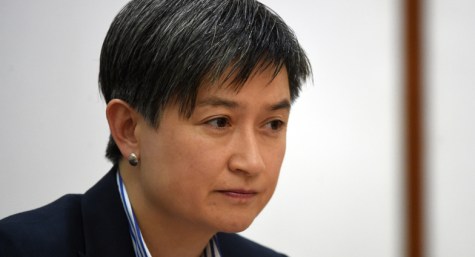 One Nation Senator Malcolm Roberts said that the rejection of the plebiscite was the “leftist agenda of control over freedom” and he wanted the public debate to occur, stating he would vote against marriage equality.

“My view … is that marriage is between a man and a woman in accordance with the laws of nature,” Roberts said.

That much irony would probably kill a normal human.

And stupid! Says it all really.

Presuming Crikey doesn’t like links I’ll just put up this Wiki headline and suggest you pay a visit for a truly fascinating account of the near ubiquitous “Homosexual behavior in animals”.

That was in the original edit of my story! 🙂

Who knew that marriage was a Law of Nature!
Thank you Mal L1v1ng S0ul Rob3rts for that elucidation – now for his next trick, repealing the Law of Gravity? Relativity?