As you watch the 2016 American election results, Ben Pobjie and the Crikey bunker have a drinking game to make things as bearable as possible.

It’s been two very long years. “Drain the swamp”, “nasty woman”, “because you’d be in jail” and those goddamn emails. Following the failure of “Jeb!” to exclaim anything but his name, the failure of John Podesta to think up a password more puzzling than “password” and the general human failure of Republican Party nominee Donald Trump — please, never let those five words quit being funny — we’ve come down with a political hangover. Crikey’s been on the case for what feels like a decade, with our ace writer-at-large providing regular dispatches from the front lines. Now the votes are finally being counted, and thank baby Ronald Reagan, it will all be over soon. To get you through the day, we’ve devised the following drinking game. Let’s tell the grog shop to deliver. Let’s tell the cat to “SHHHH” as we pretend that we can explain the electoral college system with two sheets to the wind.

Wipe the muck of the ages from your hands as you check in throughout the afternoon on our live blog. Bottoms up. May the least worst man or woman win. Or, may we all play the Crikey drinking game until we no longer care.

Espresso Martini: if you see a journalist’s energy start to fade

Silver Fox: if you’re spending your election with either David Speers or Anderson Cooper

Lemon, Lime and Bitters: for the Bernie bros who can’t let go

Pour one measure of Ecuadorian rum into hourglass. Douse rim with a little salty truth, fill remainder with hogwash. Garnish with detained Australian journalist and become enraged that you liked this drink a lot more in the old days.

Take one green Stein handmade by Zapatistas and combine equal parts impossible promises, whimsical hope and some homeopathic crap that tastes like a toe-ring from the lost-and-found at Burning Man. Pretend not to notice anti-vax contents.

Take a glass that was stolen from you by the finance sector. Make sure it’s YUUUUGE. Tell it that one day, you’ll take it to visit the Hoover Dam and other relics of a time when America still built infrastructure. This should cost no more than $27.

Crush Gary Johnson and Rand Paul and every libertarian remnant from the Tea Party into little pieces. This is purely for fun.

After that, fill a broken cup made from dangerous freedom with some bollocks about “small government” and some hooch you made in your bathtub. It’ll either kill you or send you blind, but that’s the price of  sweet liberty. Drink it in.

Fill crucible of crushing economic disparity with the mindless, racist ravings of some guy whose presidential run was once just a joke on The Simpsons. Have the liberal press throw some petrol on it. Pretend not to understand when the fire consumes all reason.

Take US$21 million in speaker’s fees from Wall Street’s most untouchable institutions. Use this to buy an enormous vessel with momentarily contains all the aspirations of a diverse nation. When they’ve drunk the Kool-Aid you’ve been selling, smash the glass to the ground and declare a No Fly Zone in Syria.

And if this happens …

If Trump wins Florida, Pennsylvania, Virginia, Ohio and Nevada, drink everything in the house. And then keep drinking until either your liver fails or Chelsea Clinton starts campaigning for president in 2020 — Trump has clinched it, and the world is going to hell.

If Trump loses and actually gives a concession speech, have some water and pay attention. This should be fun, and you don’t want to be so addled you miss it all.

If Trump loses and refuses to give a concession speech, consider switching to tequila. It’s a party starter, and the US will soon be swimming in it, thanks to the fine upstanding citizens of Mexico who can bring it through a wall-free border.

If Clinton wears a white pantsuit, lead a lusty rendition of suffragette anthem Shoulder to Shoulder in honour of our mothers and grandmothers who would have given their eyeteeth for this moment. Then drain a glass of red wine, as HRC will probably not risk the beverage herself.

If it’s a tie that is going to a Supreme Court, start drunk-tweeting Al Gore. Seriously, he lives for this shit. 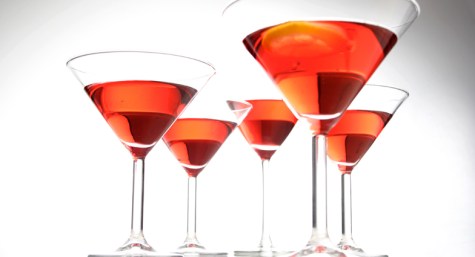 Sydney nightlife: plastic cups and no shots after midnight

Strap on the body armour if it comes down to 2 electoral college votes and the 2 Democrat electors for Washington State follow thru their threat not to vote for Clinton even if she wins the State’s popular vote.

“Every time Bernie Sanders reminds you of what might have been, cry into a pitcher of margaritas”

Been crying for a while now. Let’s face it, it didn’t really matter that much once Bernie was no longer in the race.