Pauline Hanson shows Turnbull and Abbott how to REALLY throw a colleague under a bus. But at least Rod Culleton has one supporter, albeit in another parliamentary chamber.

As if to demonstrate to the Liberal Party how it’s properly done, Pauline Hanson yesterday gave an impressive demonstration of how to really throw a colleague under the bus. Malcolm Turnbull and Tony Abbott, who took turns chucking each other under the bus on guns a couple of weeks ago, were made to look downright amateurish.

West Australian Senator, noted debtor and serial litigant Rod Culleton was the chuckee. Whatever you might think of Hanson, she has good political antennae, and she has clearly worked out that Culleton’s debt position is a bad look for a party that purports to be an authentic voice of the “silent majority” of Australians. And the great majority of Australians don’t owe vast amounts of money and spend lengthy periods in courts and creditors’ meetings trying to avoid paying it back.

Thus, Hanson was supportive of Culleton’s referral to the High Court to determine whether he should even be in the Senate, despite Culleton suggesting the High Court is invalid and that he’d been “ambushed” by Attorney-General George Brandis (given Brandis’ flat-footedness, the only people in danger in an ambush of his would be his own side, but that’s another matter). But it didn’t stop there. To distance herself from Culleton further, Hanson tabled in the Senate Culleton’s application for One Nation endorsement before the election in which he stated he was eligible to stand for the Senate and had enclosed a police clearance.

If Culleton was ineligible, it was nothing to do with her or her party, was the message.

But Hanson not merely chucked Culleton under the bus, she stopped it and reversed back over him. When debate on Culleton’s referral resumed late yesterday afternoon, Culleton wanted to move an amendment to the motion to defer debate until the issue he had raised about the High Court was resolved (Culleton also believes he’s entitled to a jury trial, rather than being heard by the High Court; he may be disappointed in that regard). The move was never going to succeed, but would Hanson and Culleton’s other colleagues at least make an effort to support him?

Problem was, the debate was moving to a close, with Nick Xenophon winding up, and Culleton wasn’t in the chamber. He had told Xenophon he intended to move a motion. Did one of Culleton’s colleagues go and get him? No — it was Xenophon who basically stopped proceedings (by calling quorum) so that Culleton could come back in to move his motion. Says a lot when it’s someone from a rival party who does the right thing by you, rather than your own party colleagues.

At least Culleton has one supporter in Parliament: Bob Katter, who clearly likes the cut of Culleton’s jib. Will Katter finally succeed in getting a second Katter’s Australia Party politician at the federal level, assuming Culleton somehow survives the High Court? That might be bad news for the government. Katter, perhaps surprisingly, is a bitter opponent of the ABCC bill, and Culleton has already flagged concerns about it.

That micro-parties fly apart has become one of the truisms of Australian Senate politics. But perhaps One Nation will find a way to bring a new angle on an old classic. 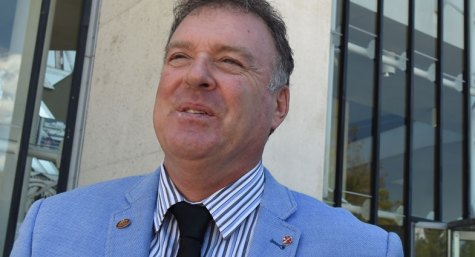 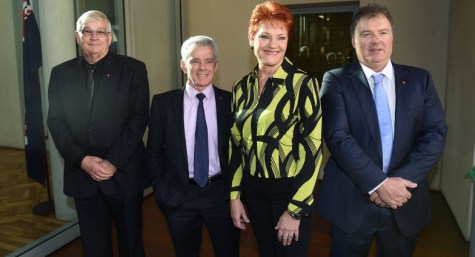 Minor-party wackos are not ‘average Australians’

Culleton almost missed the bus, but the bus did not miss him, and neither will we.

What’s her strategy? I can understand why Turnbull and Abbott throw each under the bus – leadership rivalry.

But I can’t really see why Hanson would eviscerate her own Senator in this way. Unless she has legal advice assuring her that the high court will rule him out.

Hanson loses a lot if she dips to 3 Senators from 4. Having 4 is a veto against the Government (when added to ALP-GRN opposition).

Culleton’s charm lies in the fact that he’s not a solicitor/barrister & has never been a political staffer.

There should be more of his ilk in our Parliament – although minus the baggage.

“Charm” is too generous Zut, more like his one redeeming feature.

His ilk are quasi-criminal con men, exploring original ways of avoiding responsibility – how is this different from the bulk of the inmates of the Federal asylum?

Is the Oxley Moron making the transition from maverick to Leader of a party?
Always a sign when they start trashing allies for small advantages – fortunately she doesn’t have many to waste.
Never mind Culleton, I’m more concerned about that progeric dick-in-suit Malcont3nt ‘living soul’ Roberts.