Chris Suprun and Robert Satiacum are two American voters who could be in for extra special attention in coming days.

Meanwhile, in Washington — a state that is as blue as Texas is red — Satiacum, a Democratic elector, has described Hillary Clinton as a “criminal”. Like Suprun, he has publicly cast doubt on whether he will vote for the nominee he is pledged to, when electoral college members meet in their respective states on December 14.

With polls tightening dramatically and just 24 hours to go, the prospect of a so-called “faithless elector” influencing the outcome of the presidential race is becoming more than just a curiosity. Indeed, there is a plausible scenario in which Trump wins the states he’s now ahead in on the RealClearPolitics map and also edges out Clinton in Florida while failing to pick up Maine’s second congressional district. In that scenario, Trump and Clinton each win 269 of the 538 electoral college votes. A faithless elector could be decisive.

Suprun and Satiacum’s threats to override the will of the voters in their states seem reprehensible, as well as suggesting a grossly inflated sense of self-importance. There have only been 17 cases of faithless electors in the 227-year history of US presidential elections. Some of those appear to have been accidents, such as in 2004 when an elector chose John Edwards for the roles of both president and vice-president. Others have been cases of grandstanding when it was clear such posturing would make no difference to the outcome. When George Herbert Walker Bush trounced Michael Dukakis in 1988, Margaret Leach, a Democratic elector, voted for the ticket in reverse order (as she thought it should have been in the first place), placing Dukakis as vice-president and Lloyd Bentsen as president.

The closest a faithless elector came to determining the presidency was in 1796. Samuel Miles, a Federalist elector, cast his vote not for John Adams but the Democratic-Republican candidate, Thomas Jefferson. In the result, Adams won by just three votes.

In 1836, the electoral college delayed the election of Richard Mentor Johnson as vice-president. Johnson was the running mate of successful presidential candidate Martin Van Buren, but he was also married to his former slave, Julia Chinn. The Democratic delegation from Virginia refused to vote for Johnson, thus denying him a majority and resulting in the vice-presidential contest being referred to the Senate. Johnson was duly elected there by a vote along party lines.

It would seem a stretch for Suprun and Satiacum to try and draw comfort from either of these precedents. Arguably, a more relevant case is that of Baoky Vu, a Republican elector from Georgia who in August succumbed to pressure to resign after he declared his reservations about electing his party’s nominee.

And yet in favour of faithless electors there is the small matter of the United States constitution. As Supreme Court justice Robert H. Jackson stated in 1952:

“No one faithful to our history can deny that the plan originally contemplated, what is implicit in its text, that electors would be free agents, to exercise an independent and nonpartisan judgment as to the men best qualified for the Nation’s highest offices.”

In Federalist Paper 68, Alexander Hamilton makes the intentions of the framers of the constitution clear:

“The immediate election [of the President] should be made by men most capable of analyzing the qualities adapted to the station … A small number of persons, selected by their fellow-citizens from the general mass, will be most likely to possess the information and discernment requisite to such complicated investigations.”

It is clearly open to Chris Suprun to argue that Hamilton could not have imagined a presidential candidate more in need of discerning analysis by the electoral college than Donald Trump. Moreover, Texas is one of 21 states where there is no state law requiring electors to vote for their party’s nominee. In Washington, Robert Satiacum would be liable to pay a fine of US$1000 (but there is no mechanism for actually cancelling his vote in the electoral college).

If there is only a very remote chance that a faithless elector will determine the result of the presidential election, the constitution gives rise to another perverse possibility, an electoral college-popular vote split. According to Nate Silver, this is an increasingly likely scenario in 2016 — and one that would more probably favour Donald Trump.

The problem with the gap between the electoral college vote and the popular vote is not just that George W. Bush (2000), Benjamin Harrison (1888), Rutherford Hayes (1876) and John Quincy Adams (1824) were elected to the presidency despite a majority of Americans voting for the other candidate. It also means that every election (and thus every administration) is skewed to the fraction of states that are swing states. In 2012, two-thirds of campaign events were held in just four states: Ohio, Florida, Virginia, and Iowa.

The thing about winner-takes-all is that it is not dictated by the constitution. The constitution merely stipulates that: “Each state shall appoint, in such manner as the Legislature thereof may direct, a number of electors …”

Indeed, at the birth of the republic, winner-takes-all was not the default method of appointing electors. John Adams claimed victory in the 1796 election — edging out Thomas Jefferson by just three electoral college votes — by winning a share of the electors in Jeffersonian states, including Virginia. When Jefferson ran again in 1800 he took steps to ensure the same would not happen again. Via his friend James Monroe, he prevailed upon the Virginia legislature to change the law so that all the state’s electors would be awarded to the candidate who won a popular majority – namely, Jefferson. John Adams’ home state, Massachusetts, retaliated in kind and winner-takes-all soon came to be the manner almost all state legislatures specified for appointing electors.

If the National Popular Vote Compact ever comes into effect, it will still not erase the possibility that faithless electors will disobey state laws. However, advocates argue that when a candidate receives (almost) all the votes from Compact states, plus a share of electors from the other states, the possibility of faithless electors influencing the outcome is removed entirely.

In the meantime, Chris Suprun, Robert Satiacum and 536 other electors have the power to play an outsized role in electing the next president of the United States. 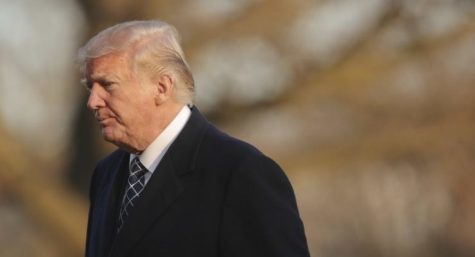 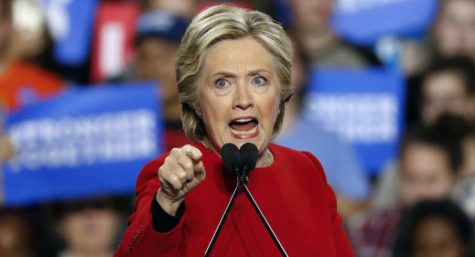 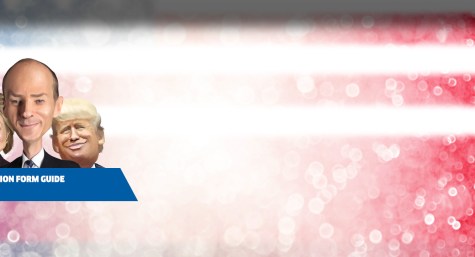 Clinton v Trump: the final debate is Hillary’s to lose