The Liberal Senator is in the US on a taxpayer funded trip to the United Nations and is using the time to comment on the presidential election.

Liberal backbench Senator Cory Bernardi is waging his own personal campaign for Republican presidential nominee Donald Trump through Twitter, and it looks like he is threatening to bring the populist Republican’s slogan Down Under. Bernardi, who is in New York for three months as an Australian delegate to the United Nations, tweeted a photo of himself wearing a hat emblazoned with the words “Make Australia Great Again” — a tribute to Trump’s “Make America Great Again”. Trump is the only person Bernardi follows on Twitter, where he also uses hashtags like “DrainTheSwamp” — another of Trump’s favourite slogans. Bernardi couldn’t offer any advice on where to get a cap to match, tweeting that it had been a birthday gift. Ms Tips has found a few options on Amazon, but they don’t copy the Trump font quite so well. 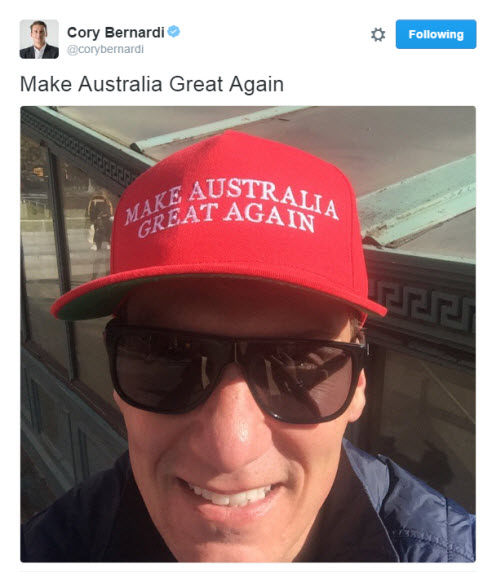 Bernardi has been critisiced for taking such a partisan stance while in the US on a taxpayer-funded trip, but he defended himself by saying “Labor dont like me supporting Trump but ok with their own tweeting support for crooked Hillary”. While Labor leader Bill Shorten said on Insiders yesterday that he hoped Hillary Clinton would win, the Labor MP who is also on the UN trip, Lisa Singh, has taken a different route, tweeting a few criticisms of Trump on debate night, but not going all the way with HRC (it kind of works …). 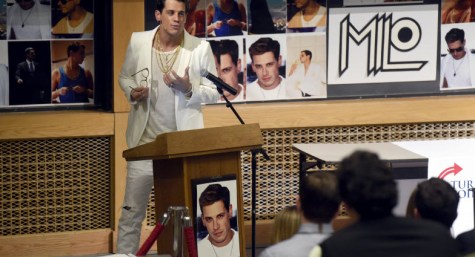 The back of the cap reads”… BY KEEPING CORY BERNARDI OUT”.