The citizens' jury bombshell has left Jay Weatherill facing an unwinnable political conundrum, writes InDaily senior reporter Tom Richardson. And either way, he will have to abandon one of two projects most closely associated with his premiership.

“You ain’t seen nothing yet.”

Those words, almost verbatim, were the basis for Premier Jay Weatherill’s “crash-through-or-crash” defence of his contentious Gillman land sale way back in January last year.

The deal — in which the South Australian overnment had agreed to a clandestine sale without testing the market after an unsolicited offer by consortium Adelaide Capital Partners — had just been disastrously shredded by Supreme Court Justice Malcolm Blue.

The Premier’s rebuttal was a classic Weatherill parry. He didn’t apologise for the fiasco, instead suggesting it was symptomatic of a “bold” new approach to public policy and that we’d better get used to it, dammit!

“We are going to have to do some incredibly controversial things if we are going to turn South Australia around,” he told ABC 891 at the time.

You can’t say he wasn’t true to his word.

I’m sure many South Australians did gasp a little when, after three squandered years, the Gillman deal finally came crashing to a halt last week. A few may have gasped a little at the realisation that not only did the $120 million cash windfall and oft-hyped oil and gas hub never eventuate, but taxpayers were also an extra $20 million-plus out of pocket because of the state government’s ham-fisted compulsory acquisition of much of the land in question from the Adelaide City Council, on top of years of legal fees and tens of thousands more in interest payments.

South Australians no doubt gasped a little when, after years of smugly dismissing critiques of his dogged determination to amalgamate the agencies responsible for education and child protection, the Premier was forced into the mother of all U-turns after the unequivocal recommendation of a royal commission that he himself established.

Many South Australians may have gasped a little that after wasting six months on another pointless debate about shifting the state’s time zone — either forwards or backwards, as if it was much of a muchness either way — the government failed to even bring the matter on for debate when faced with some lukewarm opposition from the upper house crossbench.

And now, many South Australians may be gasping a little at the prospect of a nuclear waste repository — a multibillion-dollar policy reform to which Weatherill’s political wagon is inextricably hitched — biting the proverbial dust on the whim of 350 unelected dilettantes after a two-weekend crash course.

To be clear: nuclear was never genuinely on the political agenda until Weatherill put it there. It was in the Liberal policy grab-bag entitled “we support this but can’t be arsed genuinely advocating for it”, and on the extended wishlist of people like Business SA’s Nigel McBride (or “Michael McBride”, as the jury’s 50-page summary calls him, in a summation of his presentation that deftly managed to add insult to injury).

Parenthetically: in a typical symphony of timing, Steven Marshall wasn’t here to turn the knife on behalf of the oposition, because he is currently touring nuclear facilities in Finland, to make up for the bipartisan tour he pulled out of back in September.

Bipartisan support may be important, but nonetheless, for a nuclear waste dump to succeed it needed a champion from the nominal political left. And in putting it firmly on the agenda, Weatherill anointed himself that champion.

It is one of two pet projects that effectively define his premiership.

Unfortunately, the other one is the quest for a new “deliberative democracy“, embodied in the contentious citizens’ jury model.

In committing himself last year to a policy framework that gave weight to his oft-stated mantra of “debate and decide”, Weatherill insisted that “the old days of ‘announce and defend’ decision-making by government are over”.

“A new era of genuinely engaging people — of ‘debate and decide’ — has arrived,” he avowed.

“The urgent work of politics, that affects everything we do, is getting more people involved in more decisions,” he told me at the time.

“I still think it’s the single biggest issue confronting politics … people are feeling that it’s not real, they’re not engaged with it and it doesn’t deal with issues that are important to them.”

“Consultative leadership,” he argued, “is what modern leadership is about.”

Whatever happens from here, Weatherill is wedged between a political rock and a hard place.

One way or another, one of the two projects with which his leadership has become synonymous will be jettisoned.

If he forges on with the waste dump, he will be thumbing his nose at the findings of the citizens’ jury, effectively abandoning any pretence of consultative leadership and “riding roughshod” over public opinion — the very thing he criticised about the Rann administration.

If, however, he takes the jury’s unequivocal red light as an unnavigable road-block, he might as well hand back the keys right now.

For that will entail, once again, a term of sound and fury signifying nothing.

Weatherill has gambled plenty on the assumption that the will of the jury will reflect a grudging admiration for his “boldness” in putting the nuclear issue on the agenda.

Instead, it reflected a complete disconnect between the government and the governed, a lack of trust and a lack of faith that this administration — or any other — can deliver on such a proposal.

The jury’s “verdict” is Jay’s own Brexit — and possibly his own version of the looming US presidential debacle — wherein it is not just the policy but the very institution of politics that is rebuffed.

In an intriguing interview in September, Weatherill suggested his “courage” in tackling risky reform would be rewarded at the ballot box, citing the ever-contentious Transforming Health and the nuclear fuel cycle royal commission.

“We haven’t shirked any of the big public policy [questions],” he insisted.

Notably, when he fronted up on ABC radio Monday morning — with the distinct air of a man who has had a gutful of deliberative democracy — the Premier failed to mention either Transforming Health or the nuclear royal commission when asked about the fate of that promised “bold” policy agenda that would knock off our proverbial socks and leave us gasping … well, just a little.

Instead, he cited Riverbank renewal, the Oval, the footbridge, the Convention Centre and gave a hopeful stab at the Festival plaza and the as-yet-uncosted old RAH site.

In other words, the self-confessed fruits of his premiership are the seeds sown by his predecessor Mike Rann, and delivered by dint of that much-lambasted “announce and defend” policy approach.

As for the citizens’ jury, that, it seems, is no longer the arbiter of deliberative democracy, but “an important step in the process of deciding whether there’s community consent” – along with the broader sweep of community consultation.

Which might make one question what the point of the whole exercise was.

In the end, the most tangible upshot of the millions of dollars and thousands of hours spent on the question of a prospective high-level nuclear waste dump could be that the federal government’s comparatively uncontroversial low-to-medium-level repository is quietly green-lit.

The citizens’ jury has exposed a fatal flaw of the Weatherill administration’s brand right now. Like the nuclear waste on which it has staked its future, it is both toxic and heading for a deep hole.

Weatherill has shown himself deft at extricating himself from such situations in the past, but with little more than a year before he faces the polls he is haunted by a prophesy of his own creation.

“You ain’t seen nothing yet,” he warned us as the Gillman fiasco threatened to undermine his government.

And two years on, he couldn’t have been more right. 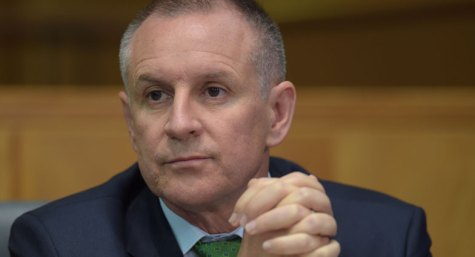 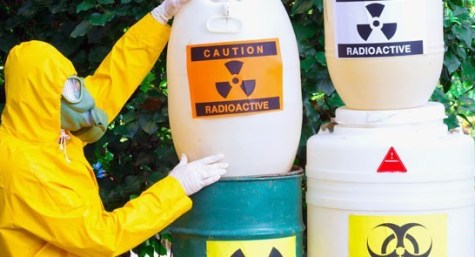 It is one thing to deliver the SA premier a kick in the wedding tackle over this issue. No surprises there, and in my opinion, in this case, very well deserved. The reference to dilettante jurors, though, just smacks of snarky, journalistic elitism. These people worked really hard, many of them taking time off work, to pore over materials, question witnesses, explore gaps in understanding, and put together a reasoned report, in which conclusions are explained and in which dissenting voices are given their space. Experts are experts in their narrow fields. These people had to get their heads across all manner of material, under constraints such as time constraints that definitely weren’t of their making. They did this in good faith and working their tails off. So lay off.

Well said.
The average juror, at least 70% of them, had more understanding and courage relating to this issue than the average journalist and came to the right decision despite some pretty transparent shenanigans from an inherently flawed and biased process designed to point them in the desired direction.