Rundle: sorry, Van Badham, but Clinton hasn’t been left-wing since the ’90s

There was a time when HRC moved leftwards -- in the '60s and '70s. Since then, she's morphed into a kind of "left" neoliberal in matters of free trade. And left "neoconservative" on foreign policy.

Your correspondent is a bit less fussed than some others about “that” Van Badham article damning the “testosterone left” for their insufficient support of Hillary Clinton. Van’s writing for a global platform, which reaches a lot of American progressives, some of whom may be wavering as to whether to vote or not. The article seems designed to demolish any notion that not voting for Hillary might be a progressive thing to do. A global effect is intended. And achieved. Sadly, not the one intended.

Van’s piece has become celebrated, by men and women alike, as the single worst take of the US election campaign — no mean achievement. The piece is absurd, of course. It’s one thing to support and vote for Hillary — which I would do, if I had to make the choice — as the line between barbarism and civilisation, and it’s reasonable enough to admire HRC as a fighter for the oppressed — especially powerless women and children — over many years of her life.

But the suggestion that she is the personification of progressive politics, and all criticism from the left is sexist “brocialism”/”manarchism” has a dash of pantsuit Stalinism about it. Over at Medium, Michael Brull has made the case for the prosecution, saving me the need to do it in detail (somewhat more anti-HRC than I would be, but it’s all there). But let’s outline the case against: HRC is a former “Goldwater girl”, who went leftwards in the ’60s and ’70s, and stayed there into the ’90s.

From the mid-’90s onwards she turned rightwards, as was the spirit of the age, becoming a left neoliberal as regards economy and trade, and a left neoconservative in matters of foreign policy. A legitimate move ideas-wise, but open to reasonable criticism from the left: that she was now spruiking a set of policies that devastated social life in the US and abroad, destroyed autonomy, and had as its cause the extension of US power.

The activities of the Clinton Foundation during her time as Secretary of State are relevant to this. Along with good works done, the foundation was clearly dedicated to building a network of backers and influence from corporations and the sovereign wealth funds of some grisly regimes. The idea that this is not part of HRC’s commitment to yet more ruinous “free” trade agreements is laughable. The only thing that has blocked her insistence on TPP was the rise of the Bernie Sanders challenge. Her use of a private server to avoid scrutiny is not nothing, however exaggerated the right’s use of it is. It’s an attempt to avoid FOI scrutiny, one of the few measures we have to have a democratic oversight of “deep” government.

[Rundle: Vegas neon dazzles, and all chips are on Clinton]

Really, by now, everyone knows that. Anyone on the left who supports HRC as anything other than a least worst option has to either acknowledge that they’re no longer as left as they once were, or come up with some neat formula whereby an HRC vote is “really” a left choice. Van has simply gone with the latter option, arguing that any and all opposition to HRC is on the basis of gender. Absurd and insulting to Sanders voters (40% female), to working-class white women supporting Trump — his support among college-educated white women is 25%, but among high-school-educated, it’s 39%, only 5% below his overall support — and simply wrong about the number of women prominent in Trump’s campaign staff, and in the conservative commentator ranks supporting him.

Such an argument is telling — and makes this indicative of more than one misfiring article — because it also describes a political shift. Sections of feminism, representing the class of professional women, wired into power, are moving rightward, becoming increasingly impatient with an outsider left. Thus the rejection of WikiLeaks (which has three women at the core of its project, who will be surprised to learn they’re on the “testosterone left”) not despite the fact that it exposes insider power and corporate/government tie-up with the “Podesta emails”, but because it does so. With women accessing power in increasing numbers, challenging mainstream power becomes something to be resisted and rejected. It’s a relatively new process, which people haven’t got used to yet — so the idea of a right-wing feminism strikes many as an anomaly. No reason why it should.

[Clinton or Trump, the political is personal]

This is hardly the first time that Van has attempted to sell a move rightward as a leftward gesture, and courted absurdity as a result. Her defence of the ALP as a party to the left of the Greens and her ridiculous criticisms of Senate reforms are in the same spirit. Having come from the artsy/altsy left, Van has moved towards the centre, and to the ALP. It’s a fair enough move. Why not simply own it? The most important thing about the inevitable shifts in one’s political position is having, and arguing, a rationale for it, not wishing it away. It’s already cringe-making enough to see anyone older than 17 describe themselves as an anarcho-syndicalist libertarian communist; “Anarcho-syndicalists libertarian communists for Bill Shorten” is so ridiculous that no-one can hear the article above the laughter.

Really, stop it. Turning legitimate political debate into some PC gender divide is corrosive to genuine argument within a political formation, and ultimately self-undermining. We may agree it’s legitimate to go into the arena for HRC, given the stakes, but not if we’re required, by the gatekeepers, to leave our brains at the door. 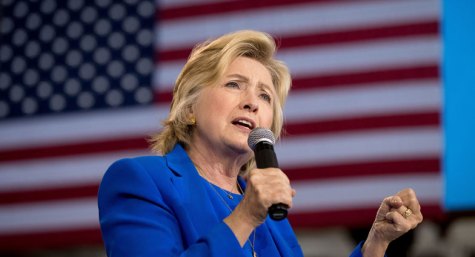 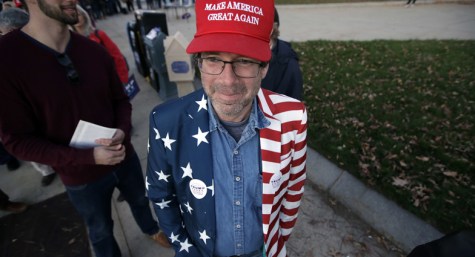 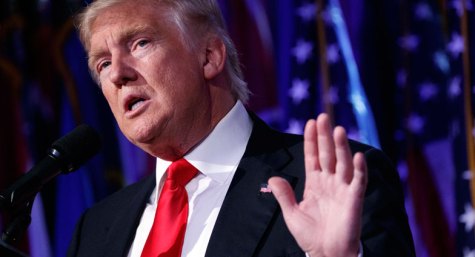 I do get tired of silly young new age feminists who argue that any old woman will do over any old man – that is not feminism as we old broads know it, it’s flat out sexism.

After all Badham and her fellow little girls would not want Bronny Bishop or Sophie Mirabella as PM just because they are women would they.
HRC is a neo-con war monger, serial liar.

Marilyn, you’d have a smashing post there if “she’s a woman so she should win” was the crux of Badham’s article, however Van points to Clinton’s previous work and policies as the reason to support her.

‘Her use of a private server to avoid scrutiny is not nothing’
I am confused by this. I understand use of a private server was not illegal at the time. Since then, e.g. 2014, there was a new ‘rule’ that private server use was still allowed but the emails need to have the Government servers ‘copied in’.
However, sending ‘classified’ information over an insecure server was a problem. But, from my reading there were 100 such emails, and ?7 that would have been of a high classification, but then the other test, ‘an intentional attempt to subvert the rules’ did not have enough evidence, in this case.
Now, I do think the use of a private server for government business was ‘careless’ and am I am left wondering about judgement, advice, some massive oversight or a breakout of ‘hubris’ – all not good.
However, in spite of that, I wondered what the evidence has been for your statement: “It’s an attempt to avoid FOI scrutiny”.
Or was that just a ‘perception’ thing. (If it looks, smells, tastes, feels like (whatever); it must be ……..)?