AEC: soldier votes made no difference in Herbert

The race for Herbert was the closest one at the 2016 election.

One of the claims around the tightest election race this year, between Liberal Ewen Jones and Labor’s Cathy O’Toole in Herbert in far north Queensland, was that Defence Force officers off on a training exercise in South Australia weren’t able to vote, and they could have swung the seat. In its submission to the parliamentary committee the Australian Electoral Commission said that after the recount was done (O’Toole won by 37 votes), it undertook an investigation to ensure that there had been enough ballot papers available to ADF officers enrolled in Herbert but outside the electorate on polling day as part of Exercise Hamel.

There was, however, an issue with multiple voting, with 195 cases identified by the AEC in Herbert. Of these 103 were determined to be administrative error, and of the remaining 92, the AFP was asked to investigate 42. It decided in August that there wasn’t enough evidence to take it any further. 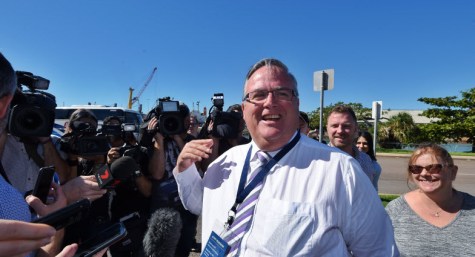