There's a split between older and younger voters over the federal government's plan to cut back paid parental leave, while the extent of "mum and dad bank" for housing borrowing is revealed in today's Essential Report.

More than half of voters support the government’s proposal to cut access to paid parental leave for parents who have access to employer-funded scheme, but younger voters differ markedly from their elders on the subject, this week’s Essential Report shows. 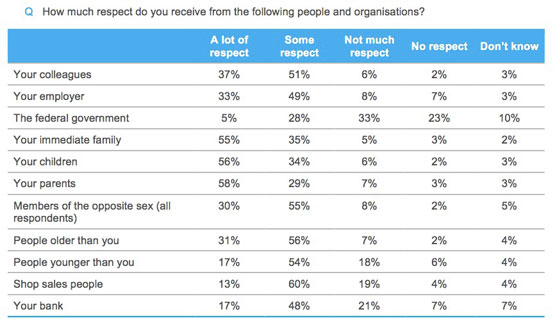 And the sensitivity surrounding gun laws in recent weeks has been underscored by the fact that just 6% of voters think current gun laws are too tough, compared to 44% who think they’re too soft and 45% who think they’re about right, demonstrating how badly out of touch firearms obsessives like NSW Senator David Leyonhjelm are on the issue. The most likely to say that firearms laws are not strong enough are Coalition voters (49%). The results are virtually identical to mid-2015, suggesting voters are fairly fixed in their views. 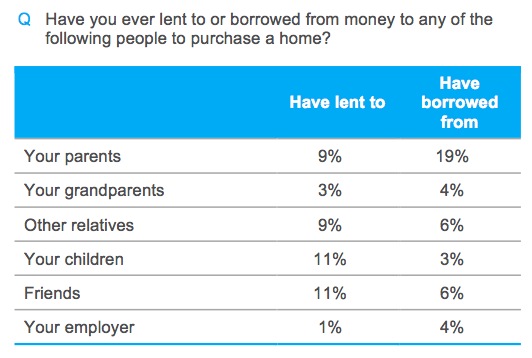 And in the wake of yet more sickening footage of Australian animals being mistreated in abattoirs overseas, 44% of Australians support phasing out live exports altogether, compared to 29% who oppose it. Greens voters most strongly support phasing out — 66% — but even Coalition voters back phasing out 38% to 34%, although 50% of all voters agree that “Australia should only export live sheep and cattle to countries which guarantee they will be treated humanely”.

And more than 12 months on from the ouster of Tony Abbott, all voting groups approve of his replacement by Malcolm Turnbull except “other” voters, who disapprove 45%-29% — but overall voters approve 49%-29%, down from 58% in the wake of the event itself in September last year.

Thank you a thousand times over Crikey for posting the “Forget the Cup, this is the race that stops the bush” story. In these days of Hansonian and Naruan despondency, and the puke-inducing, hedonistic preening and partying of the Melbourne Cup, it shone a light on what an unaffected Aussie society should be all about. And the delightful images of these blokes actually brought a lump to my 70-year-old throat. Thanks again.