Forget the Cup, this is the race that stops the bush

The Santa Teresa races are a little more casual than the Melbourne Cup, but they are no less thrilling.

If it is the last weekend in October then it is time for the bush Melbourne Cup, aka the Santa Teresa race weekend at the small town — formerly a Catholic mission — an hour or so south-east of Alice Springs. Forecasts are for temperature in the high 30s with a chance of rain. And lots of flies.

Things run on a different time zone out here — think BFT (Black Fella Time) — and the program says the races kick off at 10am on the Sunday. I arrive from town at around 11 o’clock and am collared by Don, the only person at the track and out here to sell cold(-ish) drinks and sausages-and-sauce-in-a-slice to the locals. “Got a real smoke? I’ve been smoking rollies all weekend,” he asks. I give him two sticks and head off to find some shade.

A call to one of the organisers. “Oh, maybe we’ll start about 1 o’clock. Or two.” An hour or so later I run into the Clerk of the Course, Raymond. “Might be 3 o’clock. We’ll wait for the cloud cover,” he says, looking up at a clear blue sky. 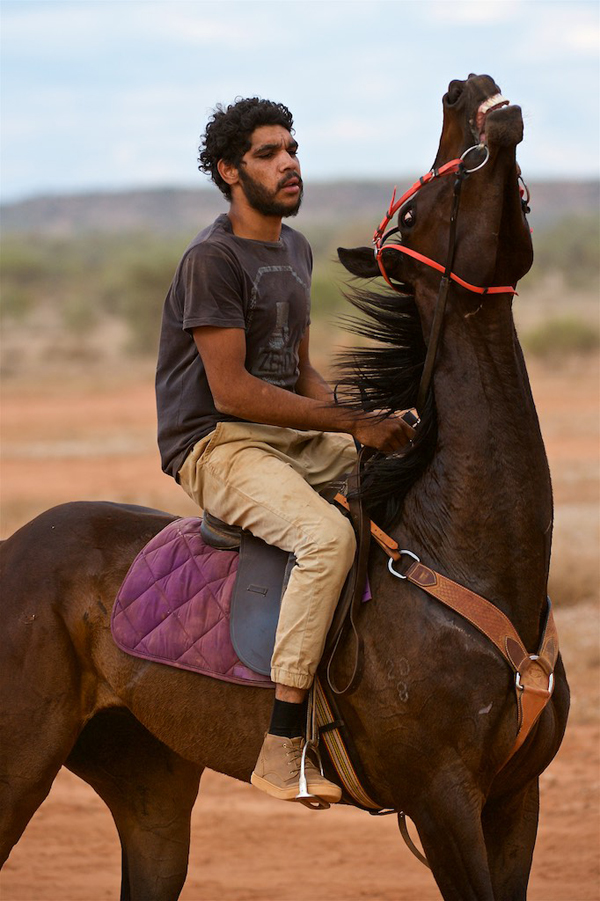 Race one is an 800-metre sprint for stock horses (and maybe some of the hundreds of brumbies that roam the area) and the field of six kicks off at about 3.30. Henry Impu from Hermannsburg takes the modest prize with a great ride on Princess. 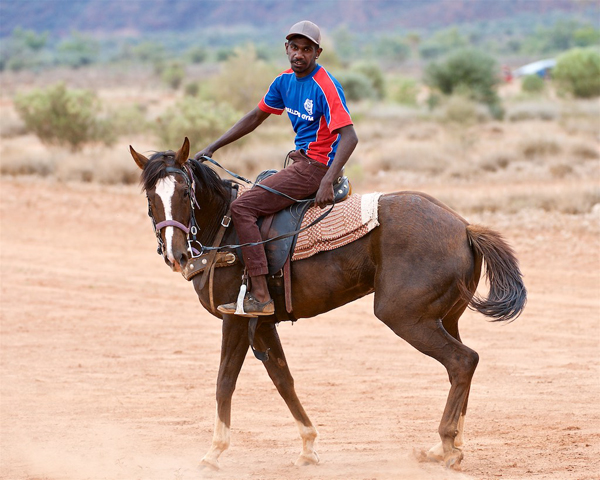 Race two for the thoroughbreds attracts a nine-horse field and is another win for the crew from Hermannsburg, with Mel Inkamala in a throw-a-blanket over the leaders finish. 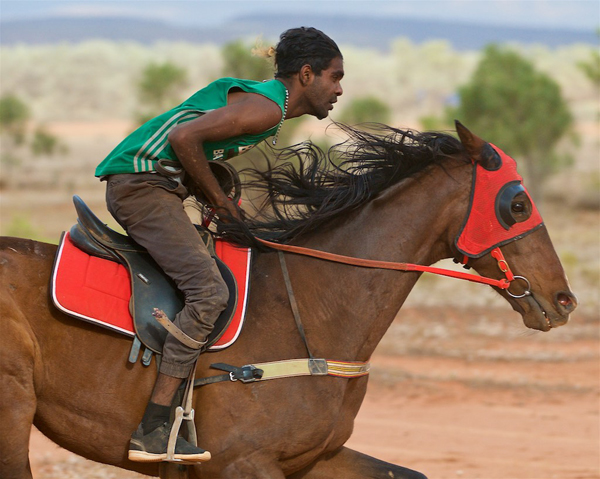 In plenty of time for race three the riders gather in the small mounting yard, watched over by the Clerk of the Course and Chief Steward before another 800-metre sprint for the stockhorses and roughies. But then the wind and the bull dust start blowing up and, well, no one is going anywhere much for the next half-hour or so. 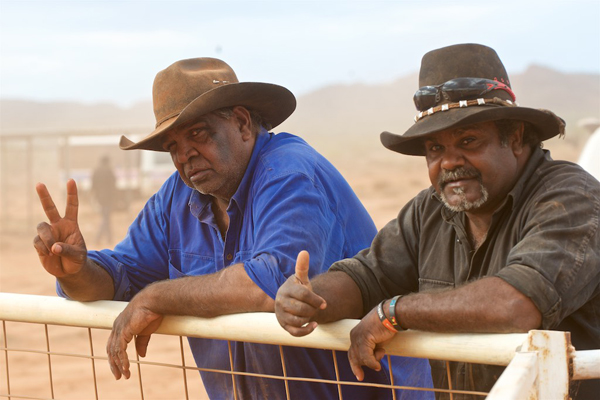 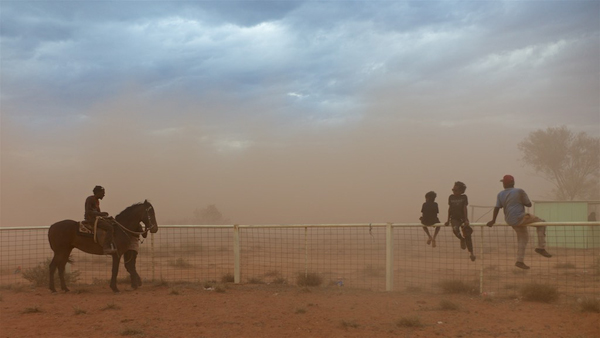 The kids take advantage of the break to run their own races in the dust and wind. 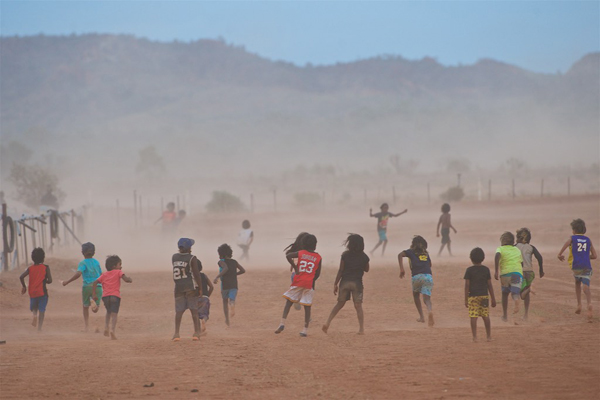 Finally the dust clears enough for the race to run and the small field took to the course. 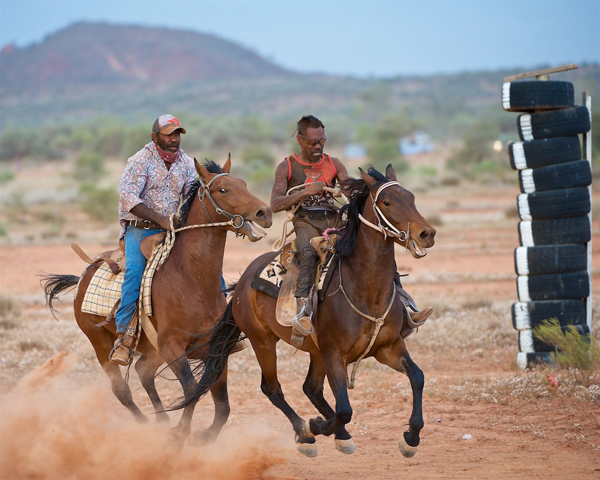 I head off home and miss the last two races. An hour later I’m sitting in a different kind of dust changing a flat tyre in the dark. It has been a good day. 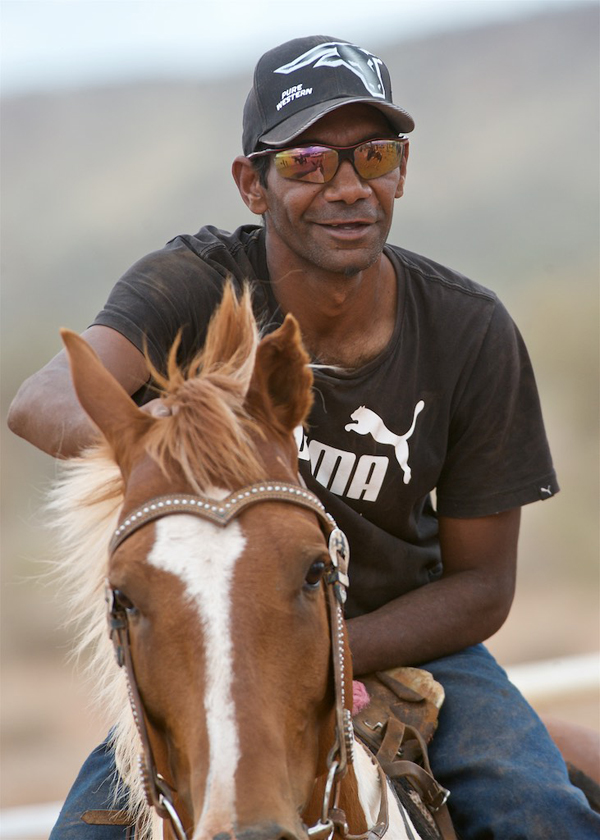 *This article was originally published at Crikey blog Northern Myth

Thanks Bob. Great shots too. Closer to real than Melbourne. Like the old AFL finals on Tiwi…..