Celebrating the Solicitor-General ... where have all the iPhones gone? ... AFR v Thomas Piketty ...

Celebrating solicitors-general as Gleeson makes history. A commemoration of the 100th anniversary since the passing of the Solicitor-General Act isn’t the kind of thing that usually gets Ms Tips’ heart racing. But the events of the past 24 hours certainly turned what you would assume would be a dry evening of legal worthies into the place to be in Sydney last night. Organisers report a flurry of last-minute reservations yesterday afternoon. The ABC even sent along a film crew. Which must have been an unexpected bonus for the University of New South Wales, which organised the event. 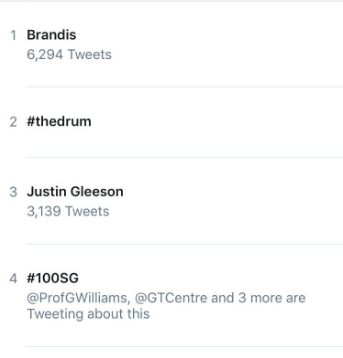 In his introduction, former solicitor-general Sir Anthony Mason described Attorney-General George Brandis’ interpretation of the role of the Solicitor-General as a “big stretch”. Another former SG, Bob Ellicott, said the relationship between the AG and SG needed to be based on trust: “Independence does not mean the independence to go about and advise anybody other than within the confines of section 12.18a.” Ellicott was SG to Lionel Murphy, and described plenty of tiffs with Whitlam’s high-profile AG. The point of his anadeoctes was that the solicitor-general didn’t have to resign if he didn’t get along with the attorney-general. David Bennett, another former SG, said he had dealt more with the Attorney-General’s Department rather than the AG himself — more “yes first assistant secretary” than “yes minister”. He was diplomatic on the current controversy — 50 years at the bar had taught him different people could recall conversations very differently, he said. Meanwhile, several former SGs recalled close relationships with the PM. Bennett said John Howard used to call him to congratulate him when the government won a court case, while Ellicott said he had had lunches at the Lodge.

Justin Gleeson was not at the event — he’d been invited several months ago and decided at the time it wouldn’t have been appropriate for the serving SG to attend. Maybe next anniversary …

Who needs academic rigour — we’ve got the Rich List! Economiste-du-jour Thomas Piketty is in Australia on his first major tour since Capital in the 21st Century was released. He spoke in Sydney this week and will be doing so in Melbourne on Friday night. But according to the Financial Review, his absence has not been missed. In an unusually vehement editorial, Australia’s premier business paper chided the economist and dismissed his insights, using its own vigorous research:

“Regrettably, Mr Piketty seems to assume that the problems of Europe and North America apply to Australia. He is wrong. There will always be relatively rich people and relatively poor people. But Australia does not have some sort of inherited money plutocracy as Mr Piketty’s France. It is there that a true elite of technocrats has applied such dirigiste laws, rules and high taxes that they have effectively regulated opportunity away for immigrants; Australia is a land of immigrant opportunity. Unlike France, Australia does not breed large ghettos of intergenerational poverty that are now rearing battalions of Islamist terrorists. A successful multicultural and socially mobile nation needs no lectures on how to become more … French.

“Since 2000, there has been nearly a 75 per cent turnover on the the BRW Rich 200 now published in this newspaper. Unlike the global plutocracy Mr Piketty imagines, only one-in-seven or so of Australia’s richest 200 millionaires and billionaires got their start from inherited money.”

Piketty is lauded for the data that underlies his analysis — a collation of available economic information into global datasets stretching back to the 18th century that show how wealth inequality first dramatically decreased from the industrial revolution then began to increase again in the 20th century. The datasets haven’t been exempt from criticism. But Piketty’s life work is nonetheless a staggeringly ambitious attempt to map inequality over centuries using the most rigorous economic data that exists. But, of course, he did not consult a defunct Australian publication’s Rich List. Those snotty French …

How to address outrage in live export. This week the great and the good of the live export industry will be gathering at the QT hotel in Canberra (it used to be known as the Lakeside, for those with fond memories of 1980s political TV coverage) to discuss  “Striking the Social Balance: Regulation, Accountability and Profitability”. It’s particularly good timing because it was only last week that independent MP Andrew Wilkie unveiled yet more nauseating footage of horrific abuse of live-exported Australian animals in the Middle East and Malaysia. That only prompted what is now the usual response from the government — that the current regulatory system is fine.

The conference program promises a panel on “addressing the outrage”, to which we could suggest that not causing it in the first place might be good way to address it. Perhaps the live exporters can adjust their conference “theme” — the balance appears to be little regulation, no accountability and an entire emphasis on profitability at the expense of animals. Something to consider over the “Coopers Animal Health Sundowner Welcome BBQ and Drinks” at the end of day one?

Apple phoning it in? A tipster has got in touch to tell us he recently tried to buy a black iPhone 7 Plus, but to no avail. Says our tipster:

“Off to Bondi Junction in Sydney’s Eastern Suburbs and Apple, Myer, David Jones, Harvey Norman and JB Hi Fi — and not a 7 plus in black or jet black to be had. Three weeks said Apple, five weeks said JB Hi Fi, a chuckle at Myer, a shake of the head at David Jones, and at Harvey Norman a smart young chap who explained that Apple had supplied a few to vendors when the phone launched a month or so ago, and then a drought. He said the dry was a deliberate ploy by Apple to build up a backlog of demand for a strong Christmas selling period. There were plenty of rose gold models (which no one wants to buy in Australia), but the black models are impossible to get. And by the way, the Apple Australia website said the ordinary 7 model shipped in two to three weeks, but the 7 Plus in black shipped in six to eight weeks.”

Apple, in fact, reports its September quarter (its final for its financial year) Wednesday morning, our time (and Friday morning it has a big Mac product launch, just in time for Christmas). Everyone is expecting the first fall in iPhone sales volume in the fourth quarter (the company warned of this in its third quarter report). Is Apple really holding back the black iPhone 7 Plus? Incidentally, US analysts reckon that’s the one with the highest profit margin. Make of that what you will.

Blame it on the Laborman. While it’s cheering on the Coalition’s attack on the Environment Protection and Biodiversity Conservation Act, The Australian might want to get its facts right. In Jared Owens’ piece today on Malcolm Turnbull reviving the Abbott government’s attempt to remove capacity for third parties to seek review of ministerial decisions on the environment, the EPBC Act and the relevant section (s.487) is described as “the Labor-era law”. A quick check of legislation.gov.au might have informed Owens that the EPBC Act, including s.487, was passed by the Howard government in 1999. Fancy that — the Howard government of beloved memory were the ones who opened the gates to “lawfare”.

Who needs academic rigour — we’ve got the Rich List!

Just what is the Solicitor-General, anyway?

The apple conspiracy is a bit bizarre, there is a longer wait for the whatever the new colour is every year. Currently the 7+ models are a 3-4 week wait with black models being 6-8 weeks. The smaller iphones are available for delivery next day except for the new jet black colour which is 2-3 weeks

Dear Ms Tips – what are “ anadeoctes” or is Crikey now vying for the Grauniad’s unworthy title of msot msitpyed pbuilicaton in the market place?