How valuable is first-place on the Senate ballot paper?

It helps, but maybe not as much as you'd expect.

Victorian journo-turned-Senator Derryn Hinch was lucky enough to nab the first above-the-line spot on the ballot when he ran for Parliament at the last election. Thanks to a big name with decades of recognition behind him, the party he founded secured 211,733 first primary votes, which was enough, with preferences, to nab one of the last remaining Senate spots.

But how much did his lucky first position help? The AEC actually makes every single Senate ballot available to download, which means if you have the patience to write the number-crunching software you can learn a lot about how the ballot went. That’s what Melbourne-based software developer Timothy McCarthy has done — his results are on Github. Of particular interest is the donkey votes section, which shows that 5877 of the first preference ballots for Hinch were donkey votes. That is, the voter went on to number ‘1’ for Hinch’s party, ‘2’ for the independent group that grabbed the second spot, ‘3’ for the third-placed Animal Justice Party and so on. That’s just over 2% of the total number of people who put a ‘1’ in the Hinch Justice Party box. So drawing first helped. But not by that much. 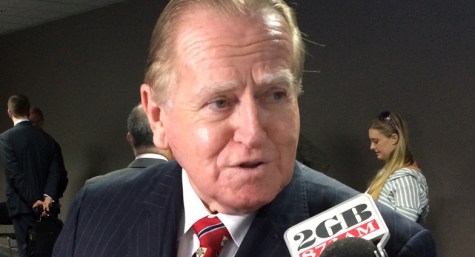 Deal with the devil: preferences take realpolitik, not heart

Labor looks to the past

You’d think that at least some of the non-donkey voters were swayed by reading Hinch’s name first. Maybe they’d have voted Liberal or Labor 1, had they not seen Hinch/Justice Party and thought ‘why not?’.