He was not only a man whose satire got rare and real runs on the board, but who also believed that when you loved your family fiercely, nothing else seemed to matter that much. Helen Razer remembers Leslie Nassar.

This past weekend, the Earth received one of its best. Saturday morning, Leslie Nassar, known to Crikey readers as Department of Australia, was fatally injured near his home in Canyon County, Idaho, in a pedestrian hit-and-run. On social media, the death of this good man was quickly matched to an item from the Idaho Statesman. A 43-year-old dad, out walking with two of his three cherished girls, was killed by a driver, alleged to have been drunk. There is nothing that is endurable about this news.

Well. Not until Australia’s Daily Mail picked up the story and ran with an error so fantastically basic, Nassar himself would have gone straight to Photoshop to take buckets of glorious piss. There could be no better tribute to this absurdist than text that ran: “Australian woman Leslie Nassar killed.” It’s a perfect snafu for a man who spent so much of his leisure time assuming invented identities, so much of his professional life saving media from its own mistakes.

I knew Nassar as a Crikey colleague, an occasional cheerleader (“don’t give one-tenth of a fuck what they say about you, Razer”) and the comic terror behind Fake Stephen Conroy, a parody creation that made expert fun of the costly, unethical and technically unworkable internet “clean feed” proposed by the former minister in 2008.

Per Leslie, this comedy got him sacked from a job at Telstra. Very arguably, it also sped the end of these dull-witted politics, and satire doesn’t do that so often. When the great Peter Cook was asked about the social purpose of his London comedy club, he joked it would be like the satirical Berlin cabaret of the 1930s, “which did so much to stop the rise of Hitler and prevent the outbreak of the Second World War”. Leslie and his satire got rare and real runs on the board.

We Crikey readers knew him as a humourist, but colleagues remember him for his work in communications. The word “visionary” has been used online by those who knew Nassar in his day job. Last night, I checked in with a former development exec for one of the planet’s big systems. He endorsed the use of this word. “Leslie could always see a little further into the future of communications”. And the future he saw was not always weighted to business: “He always wanted communications to work for the people, not the other way ’round’.”

Tech writer and broadcaster Stilgherrian remembers Nassar as a great source, a great bloke and one who truly understood that the messages of people were much more important than their medium. “His special subject area for 10 points was how Twitter and other social media channels interact with live television, and, indeed, the rest of the media and society,” Stilgherrian told Crikey.

Leslie was instrumental in developing Q&A, and he wrote the code that turned the TV program from a ratings dust bowl into verdant social territory. When Twitter took up the #qanda hashtag, traditional media followed. To ABC radio, he was stubborn in his insistence that specialty content should be available to all Australians on-demand, then central in building the means to podcast. The social media operations he developed for Victoria Police became a standard model for online police dispatches nationwide.

In his time at digital agency Razorfish, Nassar realised building-scale art projects. He made his home in Idaho with his US-born wife and three little ones, for whom he was thoroughly potty. From there, he ran his own profitable business Wrangling Cats, whose chief purpose, as he told podcaster Steve Molk last year, was to keep the family close and warm.

On Twitter yesterday, Q&A executive producer Peter McEvoy was one of many to remember Leslie, a great-hearted smartarse as impatient with arrogant fools as he was tender with the genuinely curious. McEvoy called the man an “engineering genius”. This is, I am reliably told, quite true. But it doesn’t describe the acuity of a guy who sought to understand so much more of the world than its mere businesses and programming commands.

Leslie was a working-class kid from Hackham West, Adelaide, who became a top-tier nerd. But, unlike so many wunderkinds in his sector, he wasn’t torn from his social roots by aspiration. Tech boys can do the rebel talk. Leslie walked it. He told several of the nation’s major institutions to get fucked, and he did it with great comic force. He didn’t just assume the posture of a “disruptor”, he actually disrupted. Others in his field believe that insurgence is wearing a cheeky T-shirt to meetings. Nassar believed in the middle finger, the transformative potential of communications and holding power to account, instead of just holding its money.

Predictably, Leslie’s fortunes didn’t match his talent. Today, his grieving family, two of his little girls just discharged from hospital, would appreciate your donations. And I’m reasonably sure they’d appreciate knowing how much strength their love provided to this champion shit-stirrer.

Last year on what had been a particularly bleak day for me as a writer, I called him up to ask how he managed to withstand so much public blowback. He said that when you loved your family fiercely, nothing else seemed to matter that much. He told me to love fiercely and protectively. It’s not code. It’s not business. It’s not Innovative Communications Solutions. It’s the connection and the love between people that will set us free.

We lost a guy who could say things like that, and have us believe them. The Earth has received one of its best. 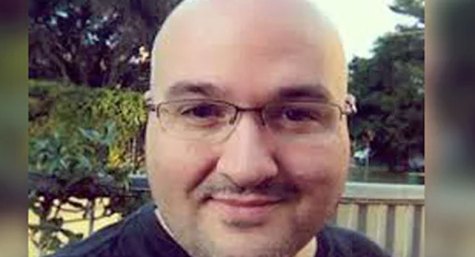 A sad farewell to one of our own

The rise and fall of Fake Stephen Conroy

Dear all at Crikey,
I was saddened to hear of the passing of Leslie Nassar. I feel especially for his children who will possibly never fully recover from their loss at such a young age. He was indeed an incredible man. I will miss his column in Crikey most definitely. No one can replace his insights and wit. Dreadful ……..
Kind regards,
Sue Wind

I never met Leslie Nassar but I wish I had. Helen, that is one great obit. The Earth must be crying. Condolences to his family and many friends.
Tom K.

“Others in his field believe that insurgence is wearing a cheeky T-shirt to meetings.”

“He said that when you loved your family fiercely, nothing else seemed to matter that much. He told me to love fiercely and protectively. ”

As it happened, just picked up ‘Tuesdays with Morrie’ at the airport when flying home. Largely the same message. So pleased to hear someone who comes to that realisation in their own lifetimes, and lives it.

Now you have to live it, Helen.

Condolences to all who knew him. Clearly the world needs more of his type.

What a sweet memorial essay, Helen.