Liberals and Marxists mingle. Last Friday, Melbourne’s LGBTI community and its allies gathered at the swanky Myer Mural Hall to hear the winners of the annual GLOBE community awards, held by the Gay and Lesbian Organisation of Business Enterprise to commemorate those who have inspired and achieved in the past year. The community choice award went to Roz Ward, who didn’t mince words in her acceptance speech.

“It’s been a fucking rough year,” she told the crowd (and hasn’t it just). “We’re here, we’re still queer, and we’re not going anywhere.” Ward has been under attack from many in the Liberal Party, as well as News Corp, for her involvement in the Safe Schools program. She was also suspended and then reinstated from La Trobe University, where she works, after she called the Australian flag “racist” on Facebook. We don’t know what attendee Robert Doyle, re-elected Liberal lord mayor of Melbourne, thought of Ward’s speech, but spies report him clapping enthusiastically at the announcement of the nominees for the excellence in business award, particularly when the GH Hotel was announced. Had the lord mayor ever been at the famous gay bar, someone at his table queried? “Forty years ago,” Doyle responded. Doyle was there after a busy week of campaigning for the Victorian council elections. Also making a notable appearance was St Kilda FC boss Matt Finnis, who beat out Victorian Premier Daniel Andrews for Straight Ally of the Year (for his role in the AFL’s first pride match). Sources say he tore up the dance floor.

What value first place? Victorian journo-turned-Senator Derryn Hinch was lucky enough to nab the first above-the-line spot on the ballot when he ran for Parliament at the last election. Thanks to a big name with decades of recognition behind him, the party he founded secured 211,733 first primary votes, which was enough, with preferences, to nab one of the last remaining Senate spots.

But how much did his lucky first position help? The AEC actually makes every single Senate ballot available to download, which means if you have the patience to write the number-crunching software you can learn a lot about how the ballot went. That’s what Melbourne-based software developer Timothy McCarthy has done — his results are on Github. Of particular interest is the donkey votes section, which shows that 5877 of the first preference ballots for Hinch were donkey votes. That is, the voter went on to number ‘1’ for Hinch’s party, ‘2’ for the independent group that grabbed the second spot, ‘3’ for the third-placed Animal Justice Party and so on. That’s just over 2% of the total number of people who put a ‘1’ in the Hinch Justice Party box. So drawing first helped. But not by that much.

Robo-drama in council election. We hear that in the lead-up to the local government elections around Victoria, a candidate for Moreland City Council had organised nuisance robo-calls as late as 2am that claimed, falsely, that he had been endorsed by the Labor Party.

During the call, we have been told, a female voice promoting the “ALP-endorsed” Milad El-Halabi, who, in fact, is not endorsed by any party. He acknowledged this in his candidate questionnaire.

We’ve been told that El-Halabi was also making claims that the council was full of people who were out of touch with the community and wasting money. Moreland City Council today confirmed that residents have made complaints about El-Halabi’s robo-calls, which are being forwarded to the Australian Communications and Media Authority (ACMA).

A rival candidate of El-Halabi’s in the Moreland North West ward, Mark O’Brien, told Crikey this morning that he was aware of the calls and he thought calling after 9pm was completely inappropriate. “I wouldn’t want that kind of call,” he said.

It’s not the first time El-Halabi has found himself in hot water. In 2010 he faced accusations of branch stacking in the Labor Party.

Culinary exchange. Fairy bread is a marvelous food, and it’s great to see the colourful party treat get some global attention. But Ms Tips was left worrying for the blood sugar levels of Epicurious readers, after the Conde Naste website gave its readers this advice on how best to enjoy it:

“Despite its striking appearance, in Australia, fairy bread isn’t considered fancy food — the toast is usually eaten as breakfast, as a snack in-between meals, or after dinner to finish off the meal.” 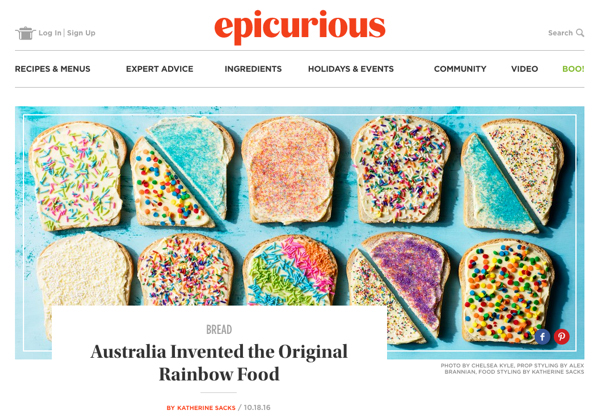 The website went on to say that while us Aussies used “rainbow sparkles” to make fairy bread, the author much prefers “sparkly sanding sugar, which makes the treat more like the sugared toast I grew up with”. Blasphemous. Though we could get behind the breakfast idea.

Tell them they’re dreaming. One of Crikey’s favourite bullshit reports is the “Global Competitiveness Report” from the World Economic Forum at Davos, which is regularly used to belabour Australians for how uncompetitive we are despite the economy outperforming nearly all of the developed world since 2008. As Crikey pointed out a few years ago, the report is based on a survey of a handful of business execs in each country and has no rigour of any kind. But just in case you were wondering, a report from late last week caught our eye. In the most recent Competitiveness Report released a month ago, Australia was comprehensively thrashed by Saudi Arabia on measures to do with public sector efficiency. On “wastefulness of government spending” the fundamentalist misogynistic theocrats of Saudi Arabia ranked 12th in terms of efficiency, while we only managed 52nd. On overall public sector performance, the Saudis ranked 21st; Australia 32nd.

Only problem is, last week, the Saudi minister responsible for the kingdom’s public servants savaged his workers, saying “the amount worked [among state employees] doesn’t even exceed an hour — and that’s based on studies”. Two-thirds of all Saudis work for the government, are virtually impossible to sack, enjoy a 35 hour week, soak up 45% of the entire Saudi budget and receive frequent bonuses. In comparison, every public servant, policeman, nurse and doctor’s salary at all levels of government in Australia doesn’t even reach 35% of the Commonwealth government’s spending, let alone the far more massive figure of all Commonwealth, state, territory and local government spending. Clearly they don’t let a few facts get in the way in Davos.

Pot, kettle? The last item in today’s media diary (in The Australian) takes on a journo at the Illawarra Mercury for lifting a sentence “verbatim” from The Australian‘s arts editor, Ashleigh Wilson. When Wilson raised the issue on Facebook, the sentence was “quietly removed online”.

Meanwhile, there was certainly something familiar about the second-to-last item in media diary. Under the headline “Muscling in on ABC”, the item read:

“The most-nominated piece of journalism at last week’s Walkley Award nomination event came from this paper’s Dan Box and Eric George, whose Bowraville coverage was acknowledged in four different categories.”

Which kind of put us in mind of Crikey’s Walkley piece from Friday (headline: Bowraville podcast picks up 4 Walkley nods as Oz muscles in on ABC turf):

“The most-nominated body of journalism at last night’s Walkley award nomination ceremonies came from The Australian’s Dan Box and Eric George, whose Bowraville coverage is nominated in four different categories.”

Light bulb moments: five bright ideas from a budget like no other