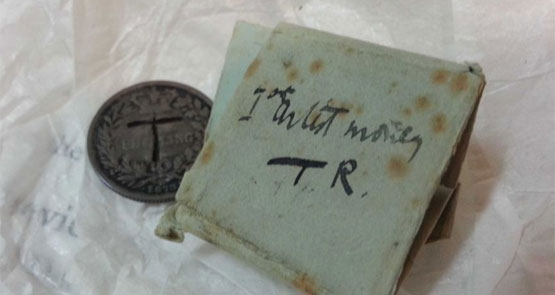 Late last year, the great-granddaughter of one of Australia’s most prominent artists gave a prime ministerial staffer a rare historical coin, which the staffer was to ensure was included in a rare public collection. That staffer was Michael Napthali, who promptly lost the coin and resigned. The search for coin continues, but to no avail.

At Senate estimates on Monday, Penny Wong tried to shed light on what, if anything, was being done to uncover the fate of the rare coin, which had been passed down through Tom Roberts’ family since the painter’s death in 1931. “It’s embarrassing,” Labor’s interrogator-in-chief said to the Department of Premier & Cabinet’s top bureaucrats. For the record, they had no idea who if anyone was still investigating the missing coin. The mystery remains unsolved.

The mystery of the missing coin

The arts community forgives and forgets?